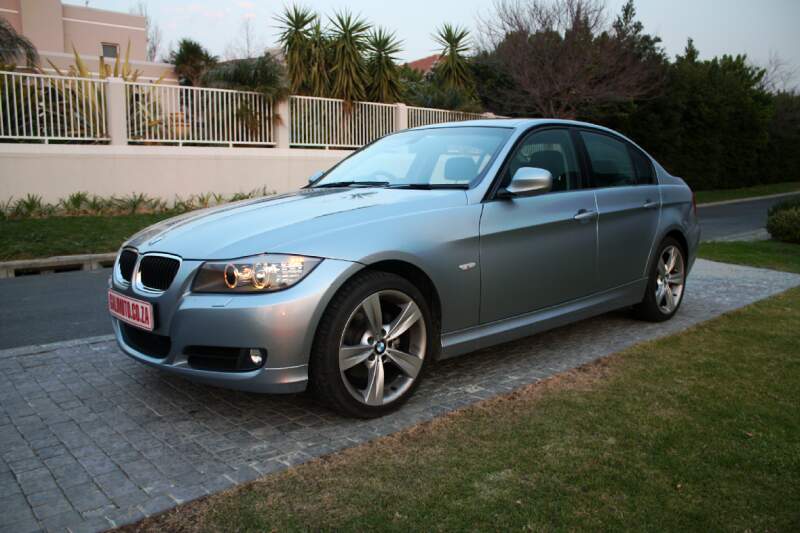 BMW’s and their drivers tend to have a nasty stigma attached to them and they don’t come more dubious than a bottom-drawer Three Series. Hence I was excited to test a 320d and finally research if it has any indicators or if the fog lights are permanently on.

Well, it does and they aren’t. Any contemporary BMW has a quirky indicator stalk which requires some getting used to, so that may explain those unannounced lane change. The fog lights are definitely user-controlled and in a bout of irony, BMW makes quite a few M cars without them now…

The rest of the car deserves thorough investigation though. If you’ve never driven a BMW, I strongly suggest that you remedy this immediately. They are as responsive and engaging to drive as their reputation suggests; and the 320d is no exception.

As a proud member of Bee Emm’s bread ‘n butter 3-Series, the 320d also benefitted from small styling tweaks that this E90 fifth-generation range received in 2009. Gone are the small wheels and bland rear lights, succeeded by crisp clusters which give the car’s rear end a more agreeable and aggressive face.

BMW’s trademark design with sculpted body panels and pronounced creases in the 320d’s flanks was stretched taught over a chunky, compact shape. It’s not the best-looking car in the world or the prettiest BMW ever, but I do think it can hold a candle to the accomplished E36 and E30 series. It looks good.

Jump inside and you’ll be greeted by modern BMW sobriety. I recently proclaimed that Audi make the best interiors but I may be about to change my mind; this 320d exhibited a pleasing selection of quality materials and sturdy switchgear that, in my humble opinion, are on par with their four-ringed competitors.

The next Bavarian trademarks to make their appearance will be the clean and clear instruments (without temperature dial, though) and the slightly off-set pedals. The driving position is good, once your legs are angled slightly to the right. The seats are supportive but were a little too hard for some occupants.

The intuitive controller sits on the central tunnel next to, oh happy days, a six-speed manual shifter. Its action is slightly notchy but very pleasurable, backed up by a very obliging clutch pedal. The adjustable multi-function steering wheel has a heavy but precise action, underlining the car’s sporty nature.

Pressing the button wakes up a 1995cc four-cylinder turbo-Diesel which promises outputs of 135kW (184hp) or 380Nm. These figures are remarkable for a two-litre and usher in the era of next-generation 50ppm turbo-Diesel motors.

Thanks to BMW’s clever stuff like Efficient Dynamics, average consumption is pinned at 5.3L/100km with just 140g of CO2/km. Although our average was nearer to seven, the 320d will gladly float along the highway or a city street at 3-4L/100km, making BMW’s claim utterly possible.

It’s also highly responsive, lurching forward from only 1,200rpm and only slowing at 4,500rpm. Overtaking hardly ever requires a gear change as the 320d registers 2,000rpm in top gear at 120km/h. As is traditional for almost every BMW we’ve tested, its GPS 0-100km/h sprint of 7.5 seconds was spot-on.

The beefy power laughs at the car’s 1.5t weight and will quickly alert the traction control, also in second gear. True to its maker’s heritage, the 320d is an absolute delight to drive quickly because it rewards your inputs swiftly and cleanly; push beyond its limits and soft under-steer sets in, followed by the ESP.

Some may find its suspension too firm or fidgety in everyday conditions but everyone else will gladly accept this as a compromise for the car’s astounding dynamics. Pair that to an amazing engine and hilarious fuel efficiency and you’ll understand why I grew extremely fond of my 320d press demonstrator.

The 320d is one of those cars that blend into your life so well that you pose the obligatory question: Why isn’t everybody else driving one? Its 460L boot was carpeted in grey, necessitating another question: why don’t more cars have this instead of oh-where-did-that-thing-go black?

Should you be tempted, and you should, a BMW 320d costs N$372,500. The Exclusive model costs exactly N$399,000 excluding emissions tax and any optional extras. Included in these prices is BMW’s 5-year 100,000km motorplan and BMW On Call roadside assistance.