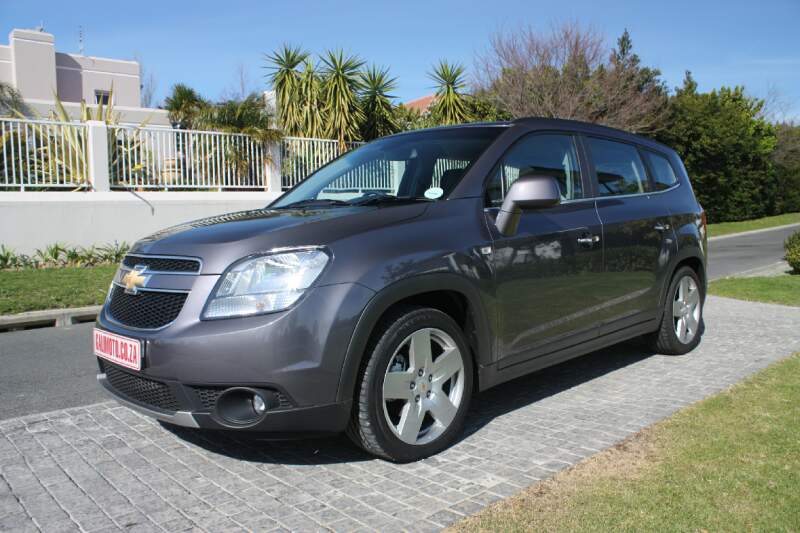 Many car manufacturers like to make a big noise about their latest product and urge you to buy the best thing since sliced biltong. Most of their marketing efforts are just steam-powered self-promotion but occasionally a grain of truth slips through…

When cool people with white laptops make shiny brochures and flowing movies, their angle or promise is usually irrelevant and short-lived, but Chevrolet’s creative hub just hit gold with the following: Afraid of being seen in your family car?

They continue with “Say it’s for the family, get it for yourself”. This unisex statement hits the boring MPV nail square on its ugly head – multi-purpose van efforts usually come in forgettable shapes and tell the world that you, male or female, are off the dating scene and are tending to small, noisy people.

In other words, tremendously uncool. You can’t, and shouldn’t, buy something sleek and impractical so Chevy is luring customers with the idea of a cool, practical family car. I guess cool is debatable, but as a non-family man I think the new Orlando looks cutting-edge and exciting.

Will it tempt enough young parents out of motorised bread boxes? Time will tell, which is where Chevy’s second assault starts. The Orlando is currently available with one engine and two spec levels. These accompany futuristic looks to offer something that’ll brighten up any morning run to the kindergarten.

For starters, the Orlando is quite large. And boxy – it looks like a swollen Kia Soul (which we approve of). The blunt and angular lines are accented by wide wheel arches with plastic trim, a bulging bonnet, new Chevy face with massive golden bowtie, some wannabe-SUV shiny skid-plates and big, brash American light clusters.

Inside the cool yank, a small family will fill find excellent space front and back. The rear seats may not move longitudinally but recline, fall completely flat or fold away to offer more stowage capacity or grant access to two more collapsible chairs in the boot.

These will easily accommodate children, house adults on short trips, and completely eradicate luggage space. Still, their operation is easy and they exhibit just as much quality and comfort as the rest of the cabin. Materials aren’t top-class but seem hard-wearing, something I’d prefer if my passengers are armed with crayons and cookies.

The dashboard tries to brighten a young parent’s life as well. Swooping shapes, silver highlights, cool blue dials and shiny piano black panels give the Orlando a hip, slightly loud GM feel. All control surfaces are clearly marked and easy to operate, the radio/CD/mp3/aux unit only takes minor fettling to figure out.

Cruise and audio controls are situated on the adjustable steering wheel, which is as light to operate as the clutch and gear lever. This offers you five forward gears (six would’ve been better) to easily pilot the Orlando around town; its suspension is relatively comfy and the fat tyres provide superfluous grip to what its engine can muster up.

A 1.8-litre four-cylinder petrol engine develops 104kW (141hp) or 176Nm to meander past 100km/h in 12 seconds or break the law to the tune of 185km/h. Not that you’d ever get there, I can’t think of a road that’s long enough to endure the Orlando’s top speed attempt.

The car’s weight of 1,6 tonnes kicks the engine between its little pistons and makes for incredibly slow progress. Granted, our test mule was just waking up at 1,400km on the clock and this engine’s reluctance to rev couldn’t overcome the big-boned nature of its host.

Open the bonnet and you get the idea – the 1.8 only fills out half the cavity and although a V6 or V8 would be wonderful, it won’t do the Orlando any consumption favours. Perhaps Chevy could consider a turbo-diesel or turbo-petrol, but for the time being the 1.8 uses an average of 7.2L/100 (we did about 10).

Prices are N$254,400 for the LS model and N$295,000 for this LT derivative. I’d call that competitive if the Orlando had more grunt but as it stands here I would only consider the cheaper derivative; until a turbo version appears.