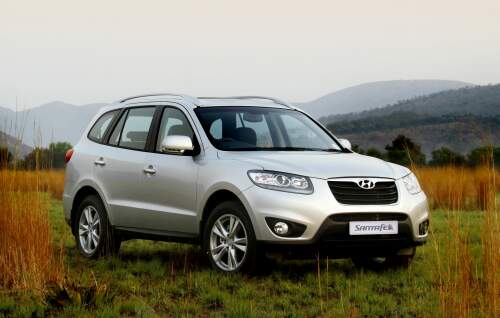 Many years ago our automotive landscape was slightly less crowded and infinitely less confusing. Big saloons were balanced with small hatchbacks and boxy Kombis stood alongside rustic 4×4’s. German, British and American cars were the order of the day and Japanese products were rudely pointed and laughed at.

A decade or two later we now have niche markets and cross-overs, a car for almost every purpose and person. The Japanese are no longer mockery victims and following in their footsteps are the industrious Koreans who emulate their forebear’s value-for-money newcomer status.

This means that our roads are gradually littered (or should be) with affordable and practical small cars from the Asian country. However; their more expensive offerings, while making an equal amount of financial and automotive sense, do not enjoy a huge following.

One reason for this would obviously be their higher asking price – few people “shop around” for a big four-by-four which ties in nicely with reason number two: almost nobody decides to save a few bob and go for the fresh Korean, predominantly because it has no street cred and even less snob appeal.

So the Hyundai Santa Fe is somewhat of an unloved child; a big temptation where nobody really wants to be tempted. The big players have established their shiny badges and imposing off-roaders, so it takes a special kind of person to ignore them and go for the cheaper newbie.

For starters, the unpopular offspring costs just N$399,900; or N$409,900 with seven seats. It’s only available with a 2.2-litre common-rail turbo-Diesel engine which pushes out a 3-litre-embarrasing 145kW (197hp) or 438Nm of torque through a 6-speed automatic gearbox to an on-demand four-wheel-drive system.

The engine’s power is matched by its substantial torque punch, relative rev-happiness and frugal consumption. The automatic gearbox offers tip-shift manual interference but I suggest you let it be and enjoy one of the smoothest auto’s available today.

Join the two previous statements and you get beefy, smooth performance which comes in supersized packaging. The Santa Fe is bigger and bulkier than I expected, but that also means it’s more spacious and (dare I type it) imposing. The Hyundai badge almost looks out of place…

Hyundai engineers certainly didn’t think so when they recently freshened up the Santa Fe’s curvy appearance. I wouldn’t call it beautiful but I would gladly call it unique and pleasing. The sober interior, especially in black, is no different to those of its Japanese competitors.

Material quality and finish isn’t on par with some of zee Germans but the cabin exudes lots of functionality and a splash of leathery luxury. Sante Fe’s seats are slightly firm but offer lots of support and adjustment, also at the back. The boot floor is quite high and space isn’t overwhelming but that’s where the folding rear seats come in.

Although not a hard-core mud plugger, the beeeg Hyundai offers adventurers 200mm of ground clearance, a lockable diff, as well as decent approach, departure and break-over angles. The upside of these agreeable facts is that it rides, corners and brakes like a car.

The Turbo-diesel has minimal spool-up time and the steering is sufficiently responsive for a 4×4 with big shoes. Santa Fe handles cross-winds and corners surprisingly well and should win potential customers with its smooth and eager performance, five-year 150,000km warranty, five-year 90,000km service plan and 15,000km service intervals.

So the Hyundai Santa Fe won’t necessarily impress or keep up with the Joneses. Instead, it will save you a few quid and do exactly what you ask of it, at the same time putting your financial and rational mind at ease. And that, in my humble opinion, makes it a big temptation.