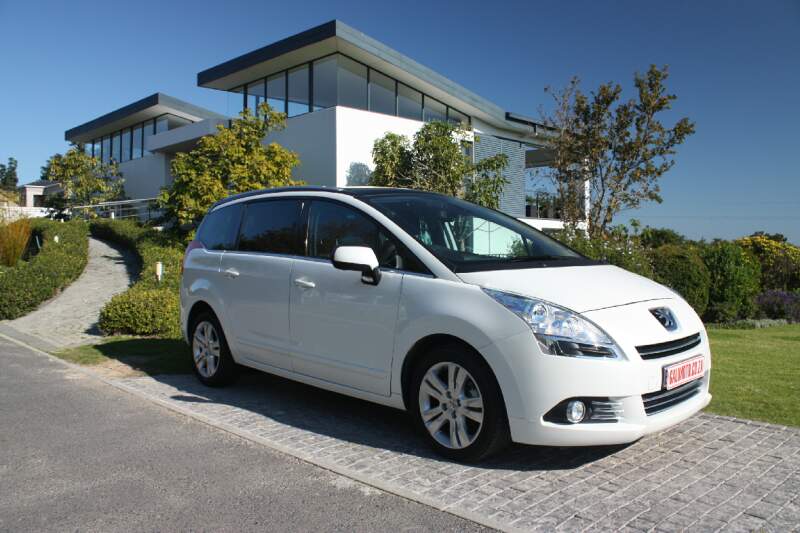 I’m sure most of you are familiar with the waves of productivity at work – one week you’re shooting angry birds at green pigs, the next you consider cloning yourself. The poor Peugeot 5008 arrived in just such a week, when I could hardly care about another test car.

This French MPV (multi-purpose vehicle) was launched in 2009 together with its 3008 stable mate. Not to be confused as a seven-seater version of the cross-over 3008, the 5008 shares its platform with a big Citroen C4 and is available in five to seven seat configurations.

After work calmed down a mild panic, I decided that I loathe cross-overs; because they try to be too many things and inevitably dilute every single one of their chosen attributes. In my humble opinion, the 3008 adds a dose of fugly to this formula.

The 5008 diligently carried me from one appointment to another and started winning me over by being completely unobtrusive and competent; even the looks grew on me. It’s a modern estate interpretation of the found-at-the-bottom-of-a-lake 3008 and its extra length translates into a more proportionate design.

Enough nastiness, I will admit to a certain appreciation for modern vehicles which cater for niche markets, especially if said vehicles feature clever interiors that make your daily commute easier. The 5008’s cabin is reminiscent of the 3008’s versatile cockpit; the biggest changes being less height and more chairs.

The middle row of seats can slide and tilt in all sorts of directions, also granting access to the back row of two collapsible seats. These are more suited to kids than grown-ups and even leave a little space behind them for a few school satchels or grocery bags.

Right at the front, captain and co-pilot are treated to a slanting dashboard with easy climate controls and a thumping stereo (radio/CD/mp3/aux), comprehensive board computer between the dials, and an adjustable heads-up display for the driver.

At first I thought of it as a sales gimmick but then I remembered how useful it was in that other fighter pilot’s dream, the BMW X5. A small piece of perspex can be raised and adjusted to display speed and adaptive cruise control or speed limiter settings.

Yup, this Pug has a lot of kit, and it only gets better. Above the rear-view mirror is another little mirror, heavily convex, for keeping an eye on your fellow travellers. The b-pillar has adjustable air-vents for the middle passengers and they may also raise sun blinds for their side windows. Handy.

Between the front seats (with arm rests) you shall discover a chilled and extremely deep cubby hole, just behind the electronic park brake. This device took some getting used to, much like the Peugeot audio stalk on the steering column, which eventually makes perfect sense.

In close proximity to the e-park brake is an old favourite of mine from the 308 – a button which will retract almost all of the head-lining. It can be stopped at any point and, once fully retracted, exposes the 5008’s glass roof and any occupants’ open mouths.

ISOFIX mountings, six airbags and a 5-star Euro NCAP rating care for your safety and make this Peugeot quite a temptation. Our local range consists of three models with two engines and varying spec levels: 1.6 Active, 1.6 Allure Auto and 2.0 Active HDi.

Claimed average fuel consumption is 5.6L/100km, but our (predominantly city) driving resulted in high 7’s and low 8’s. Performance is extremely brisk though and I’m confident that a light right foot and careful cruising will yield sub-6 figures.

As is customary, this modern Peugeot offers a smooth ride and predictable handling with a few impressive cornering feats for Dad’s return trip from school. All pedals are lightly sprung and highly responsive, the gear-shift has a positive feel and steering feedback is also commendable.

Which means, despite my earlier rant, that I actually approve of the Peugeot 5008 2.0 Active HDi and would happily recommend it as a family mover. It costs N$302,000 and comes as standard with a three-year 100,000km warranty and five-year 90,000km service plan.