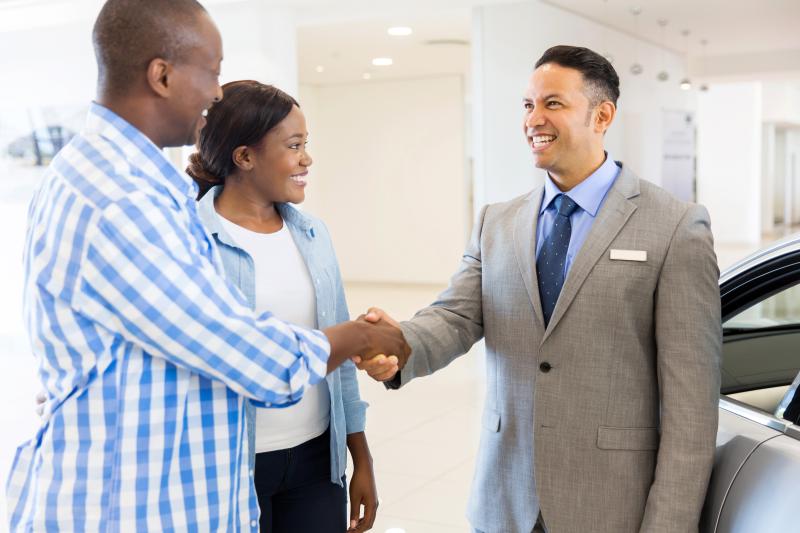 Let me tell you a little secret. Most car dealers make their money from selling you a shiny new (or used) automobile but they often make more by selling you extra stuff. Known as second or third gross, this can be anything from Bluetooth kits to extra warranties – and I’m here to tell you which ones to consider. 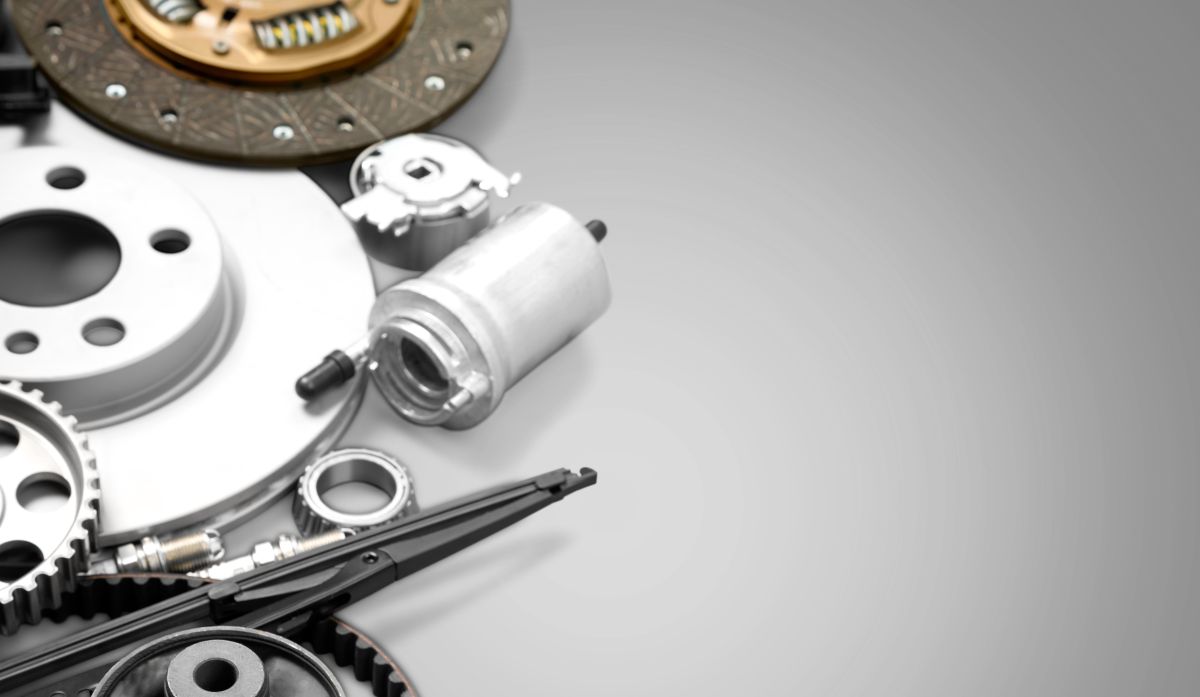 Servicing your car makes it last longer and perform better – and there are people who don’t know that a car needs regular maintenance. We once met someone whose three-year old car had done about 40,000km without a single service. When asked why, the owner replied “because it doesn’t need one, it’s running just fine!” 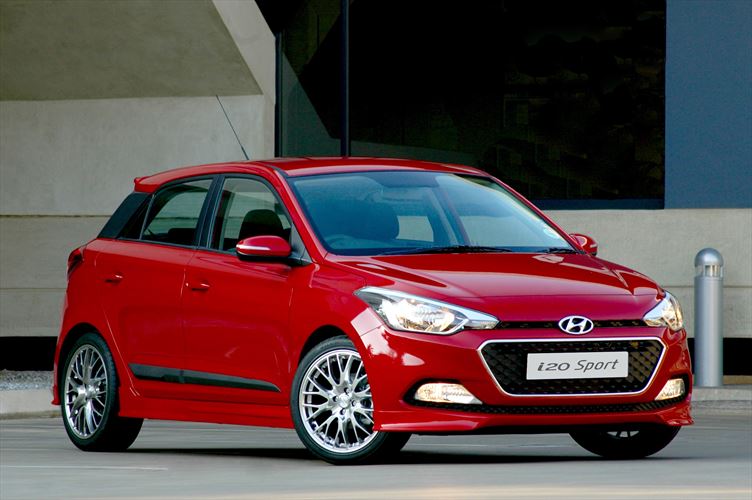 Back in the old days, cars were so much simpler. If you wanted a faster ride, good old tuning and mechanical tinkering would help whereas nowadays you need a software degree and laptop. Now Hyundai South Africa has come up with something in between, a modern car with some sporty tuning. 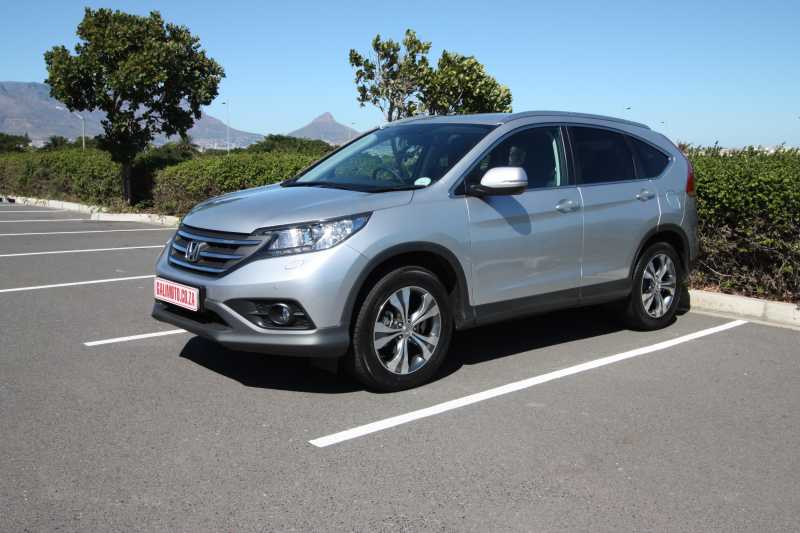 Whenever we learn of a new car, its brag sheet is usually a sea of improvements and additions over the outgoing model. In most cases, daring new shapes hide bigger dimensions and more powerful engines. Although peppered with improvements, the new Honda CR-V is no bigger or meaner than before. 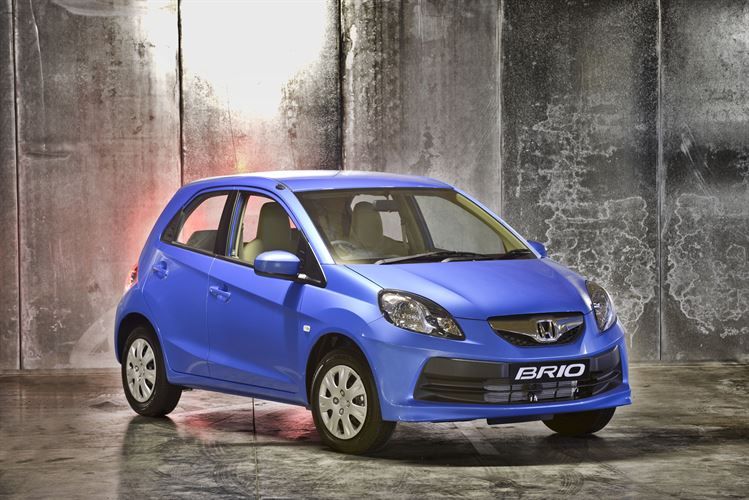 Today I bring you news of a very, very important car. Obviously it’s important enough for the manufacturer to launch this new model in our market but more importantly, it slots into our market’s most popular segment, around R120,000. So everyone, please say hello to the new Honda Brio. 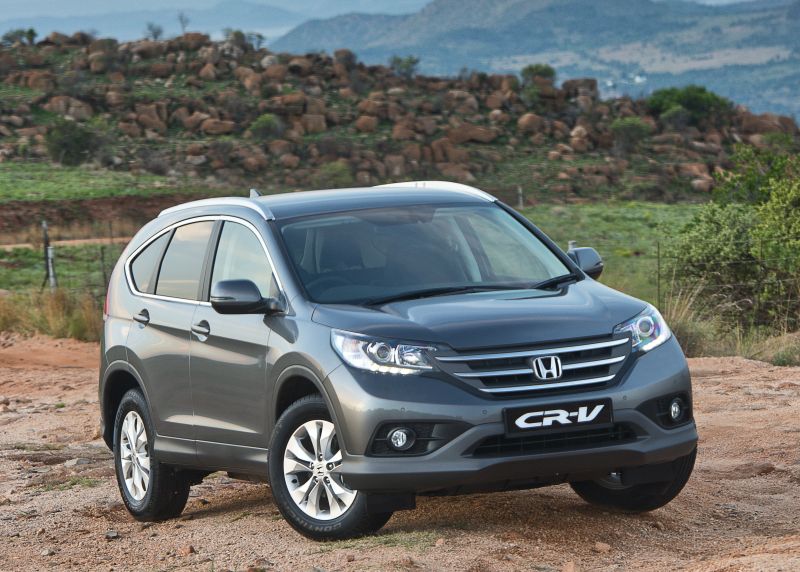 The Honda CR-V enjoys quite a strong following in our neck of the woods, primarily due to its versatility, comfort, quality and incredible reliability. As the fourth generation ties its laces in the starting block, you may even find first or second generation cars still motoring around your neighbourhood. 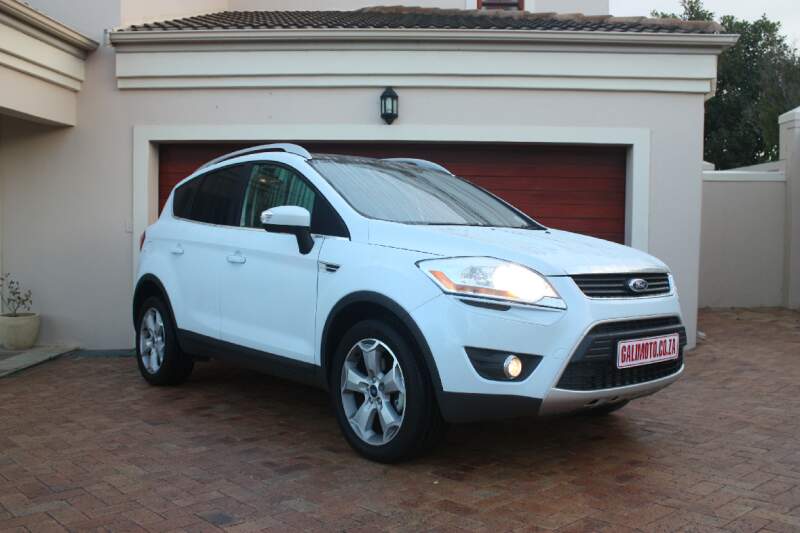 Last Friday the phone rang and someone announced that they were bringing around a cougar. As I wasn’t sure which sort of man-eater to expect, I locked all doors, put on aftershave and armed myself with a bottle of gin. Imagine my surprise when the unwanted guest turned out to be Ford’s new-ish SUV, the Kuga. 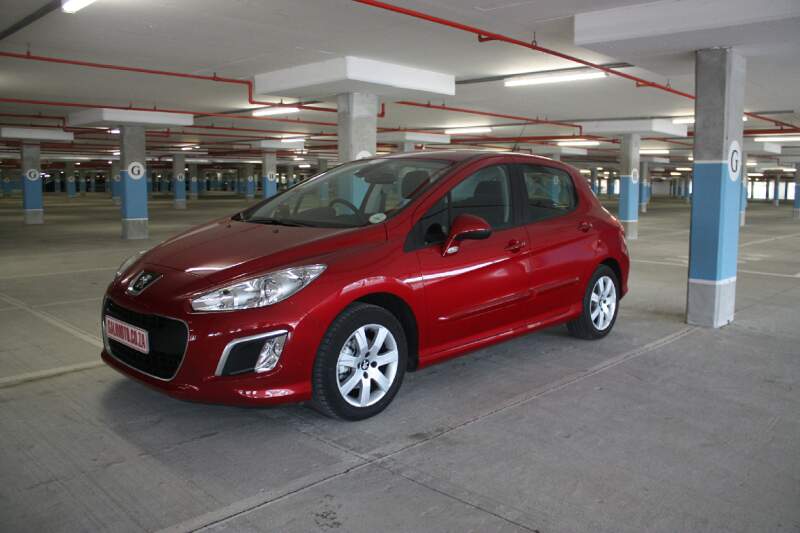 2012 is a big year for Peugeot in South(ern) Africa. One of the very first conferences we attended in January was hosted by PSA to celebrate ten years in the region and introduce, with many coffee mills and lots of lion banners about the place, their new 5-year full maintenance plan.

The French car maker is on the back foot after years of damage done by after-sales woes so it’s great to see a renewed attack on market share, backed by bigger parts depots, better service and that impressive motor-plan. Dodgy past aside, their cars are always good to drive and the new 308 is no different.

A recent face-lift merely tugged at some of the car’s corners to pull out the odd wrinkle and add some silver make-up here and there. Its basic shape is still the 308 we know and occasionally loved, but now it looks a little more modern, more contemporary.

The interior hasn’t changed much either, in fact, I had to consult a previous photo library to determine if anything has changed at all. Compared to a pre-face-lift 308 GTi we had on test a year ago, the only marked interior differences are the steering wheel, seats and some materials.

Oh yes, and the gear lever. But that’s because the GTi has a 6-speed gearbox on its 1.6 THP turbo-petrol motor. The new one still does and will set you back N$305,200. The standard 308 is available with two trim levels (Access or Active), two engines (1.6 VTi petrol or 2.0 HDi turbo-diesel) and three gearboxes.

Considering the aforementioned full warranty and some of their price bracket competitors, that makes most 308 models a very tempting proposition. Given assurance that everything will run smoothly come service time, I’d happily recommend this French hatchback. Why?

It’s different, it’s quirky, it’s French, all of which are cool features in my book and can brighten up a cold Wednesday morning more easily than a car which is identical to your neighbour’s and their neighbour’s and so on and so on. Its quirkiness isn’t overly alienating and the 308 makes a good everyday companion.

Here are a few items you’ll have to get used to when moving from a German or Japanese product to a Peugeot 308: visibility is excellent but parking can be tricky, you have no idea where the car’s extremities are. Then again, show me a contemporary Merc or Toyota that doesn’t have the same problem…

The large windscreen slopes severely and so does the short dashboard, leaving front occupants with an increased sense of space. The steering wheel has no buttons but is fully adjustable. There are two extra stalks for (1) cruise control and speed limiter, and (2) audio/telephone function.

Because you sit quite far away from the radio, last-named quickly becomes your best friend and its multiple buttons start making sense almost immediately. They also live on the right of the steering column, leaving your left hand free to change gears.

The gear lever has quite long travel and relatively precise movements, but a sixth gear wouldn’t have gone amiss here. At an indicated 130km/h, the 308 1.6 VTi is doing about 4,000rpm. The ratios are well stacked though and you won’t look for a sixth cog in everyday, urban traffic.

Here are some more interesting traits: the indicator sounds funny; the dual-zone climate control is excellent and easy to use, the instruments look delicate and dainty, the trip computer and audio screen takes some time to figure out and the rear seats don’t fold completely flat.

What appears to be a kick-down button is actually a manual override for the speed limiter. The engine idles almost without vibration. It revs willingly through ¾ of its rev range and, annoyingly, the wretched gear suggestion display is usually right –160Nm of torque make for good progress from relatively low revs.

The 308 is easy and relaxing to drive, handles and rides like a proper (comfy but predictable) French hatch should and comes with plenty of features like power everything, auto lights and wipers, remote central locking, ISOFIX anchors, full size spare, ABS, EBD, BAS, ESP, six airbags, alarm and immobiliser.

It could do with more power and an extra gear, but that’s what its bigger siblings are for. The 1,600 is surprisingly brawny, the 308 is impressively sized and built, and let’s not forget about that snazzy new maintenance plan. The old French lion may be backed into a corner but it’s sharpening its claws. 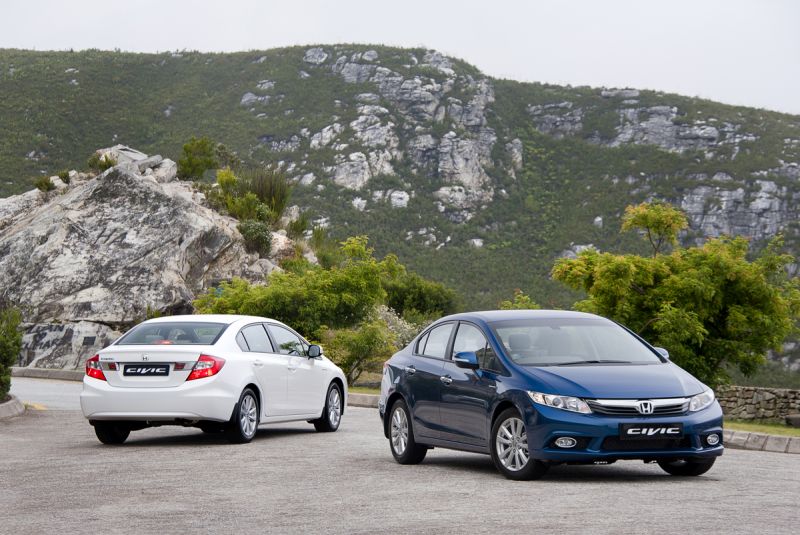 Do you still remember the pop-up headlight Honda Ballade? What about the square one before that? These dependable and practical cars were uniquely named for South Africa and were actually called Honda Civic everywhere else – of which the ninth generation was just launched. 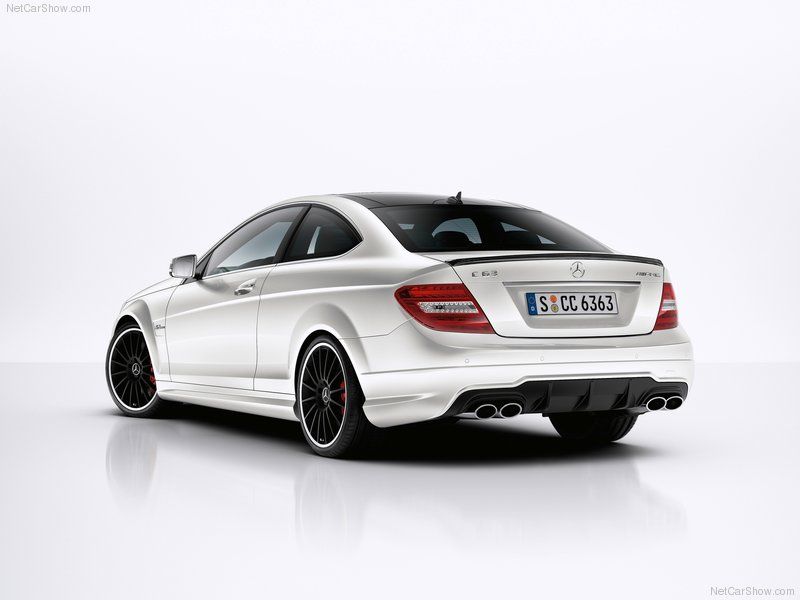 After a tad of insomnia and some Google-assisted self diagnosis, it turns out that I have a severe case of withdrawal symptoms. Dilated pupils, dry mouth, extended forearms with clenched fists, restlessness and thundering big block noises in my ears lead me to believe that I yearn for more sixty-three ah emm gee.