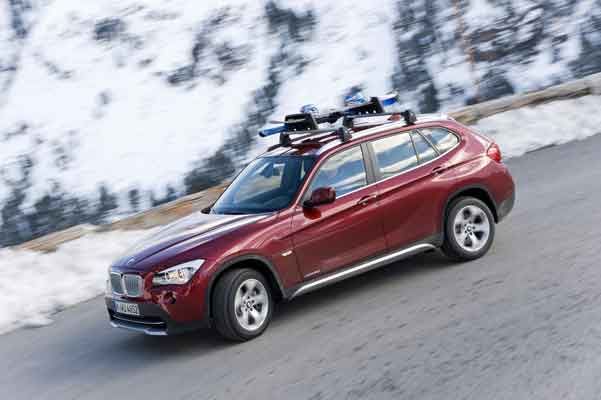 The sports utility vehicle (SUV) market has been booming internationally and on local shores, no doubt bolstered by city dwellers with a taste for the big wide outdoors. BMW cottoned onto this long ago with their X5, X3 and X1 sports activity vehicles (SAV).

Inventing a new term for their soft-roaders was probably a good idea as the Bavarians mud-pluggers are devoid of any four-wheel-drive levers or buttons and rely entirely on computers when the going gets tough. On asphalt, their on-road bias will allow them to run rings around most of the competition.

This means that they teeter on the edge of being pointless; something I detest immensely. The execution can’t be faulted, I even appreciate BMW’s ingenuity for capitalising on a booming market but a 4×4 that isn’t very good off-road and almost never gets there… hell no.

Unfortunately it gets worse further down the pecking order and the X1 makes no sense whatsoever. Its dimensions, wheels, ride height and looks are dangerously close to a normal car and aim to attract affluent buyers with the promise of a slightly raised driving position and imaginary four-wheel-drive potential.

I took our N$501,300 maroon metallic X1 xDrive28i to a parking lot for a photo-shoot and got stuck almost immediately in a mound of sand. Not a hill, not the beach, not a dune – a bit of sand no more than 15cm deep. Were it not for some amused locals and the paved parking lot underneath, I would still be there.

I’m afraid this embarrassing act of uselessness completed my hatred for the X1. It has some great features but they can’t save the overall experience – the X1 xDrive28i has good ingredients but they’ve been blended in the most atrocious, nouveau cuisine way that will only appeal to those with more money than brains.

Its looks are a matter of opinion and I quite liked the rear end, but yet again the overall picture isn’t very agreeable. Worse still, I started taking back roads and parking in secluded alleys in case anybody recognised me in it. Eventually I hid it in my garage so the neighbours wouldn’t see it.

However. The interior is a wonderful place to be and shines with that solid, no-nonsense BMW build and layout. You get the choice of tasteful colours and materials, everything fits and works flawlessly, the sound system is amazing and the clever iDrive system with nav, bluetooth, mp3, radio, etc. is mastered in no time.

Unfortunately, BMW used concrete and lead to build the steering rack so the X1 has incredibly hard, almost tiring steering; especially at slow speeds. It’s direct in its actions but takes a lot of effort to move about, which will immediately scare off Ms Fake Fingernails & Co. The suspension is equally unforgiving.

The engine is BMW’s new-generation four-cylinder direct-injection turbo-charged motor which comes in various states of tune for almost every range. This 28i is actually a 2-litre with 180kW (245hp) and 350Nm to achieve 100km/h in 6.5 seconds and top speed of 240km/h.

I hated that, too. The 2.8-litre BMW straight-six was a legend, powering lively sedans like the 328i and 528i. Even with Bee-emm’s illustrious four-cylinder history, this turbo four-pot is nothing but an imposter. 28i should mean sonorous six-cylinder growl, not grumpy four-cylinder burbling.

Added to that, it never felt like 180kW and BMW fitted the car with an eight-speed gearbox. Eight. Why not nine? Or sixty-seven? The ‘box is silky smooth and reasonably quick in daily traffic, helping to keep your consumption down but the X1 xDrive28i lacked shift paddles.

You can manually override proceedings with the new-ish BMW gear lever but there are simply too many gears to choose from, something you’ll also feel in full auto mode. The car is forever shifting, never digging into its torque and completely flummoxed by a kick-down command.

Even at sea-level it takes a good two seconds before the combination of turbo spool-up and ninety-two-speed gearbox find the right urge, by which time you’ll probably smash into the back of whatever you were trying to overtake. The gruff noise isn’t particularly inspiring and the motor is quite thirsty when you put foot.

I could go on but I shan’t. As mentioned above, I never took any photos, parked the car after just two days and ignored it. I’m sure the X1, 28i motor and/or gearbox will find its fans somewhere but I’m not one of them. Quite the opposite, actually. It’s the worst car I’ve driven all year.