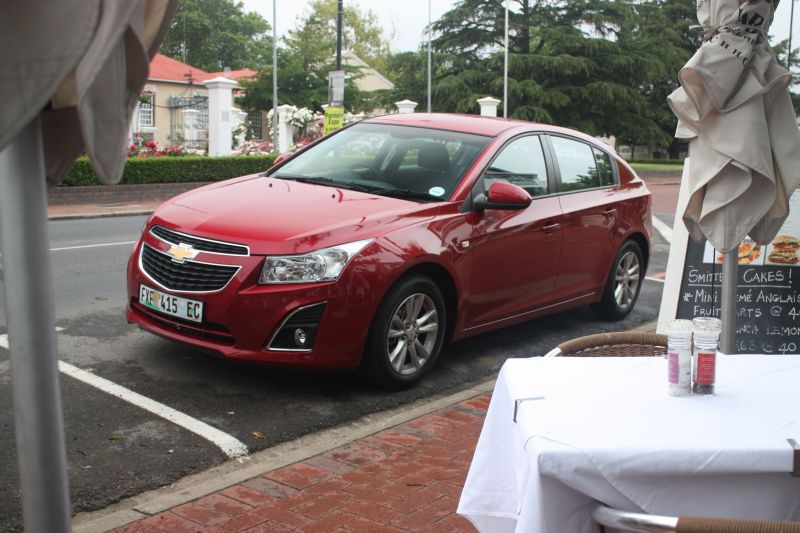 As great as it is to screech around a race track in AMG’s or chase identical Audis up a mountain pass, I find it wonderfully refreshing to test an ordinary car from time to time. By “ordinary” I mean normal, sensible and something most people (including the author) could afford – like the Chevrolet Cruze.

Besides appealing to a broader audience, everyday cars don’t require me to explain the nuances of five-stage satellite-guided drive-train management systems, nor do I have to paint a rosy picture of the lifestyle associated with dropping six figures on a Polo-sized roadster.

Both hatchbacks use a five-speed manual gearbox while the top-spec Diesel sedan can also be shipped as an automatic shifter. A quick peak under this hatchback’s bonnet revealed an engine which looked remarkably like an Opel unit with a Chevy badge stuck onto it.

Gathering the majority of recent critique, the petrol engines were declared as slightly weak. This becomes especially evident when one drives them at higher altitudes or puts them next to any of their high-pressure, direct-injection, turbo-charged contemporaries.

Maximum power outputs are 91kW (124hp) or 155Nm for the 1.6 and 104kW (141hp) or 176Nm for its bigger brother. Average claimed consumption hovers below 7L/100km and CO2 emissions are 157g/km, which is either a series of printing errors or testament to the ECOTEC engines’ efficiency.

Over a week of average motoring and a lengthy exploratory journey during the weekend, I found this motor to be willing, quite smooth and linear in its delivery, reasonably torquey and throaty. It can burn rubber, if just a little bit, and never really reaches the limits of the Cruze chassis.

Blessed with a front McPherson setup and something Chevy calls a “Compound Crank Axle” at the rear, I think the Cruze hatchback has one of thee most forgiving and comfortable rides. Your Mom will approve. Most notably, we found rear passenger comfort to be exceptional; something other hatchbacks often ignore.

The flipside of this coin is that the Cruze hatch has quite a wonky ride when you throw it around city blocks or a seaside serpentine road. Added to the abovementioned lack of grunt, the car puts up with quite a bit until its stability control sets in or the idiot driver realises that this is a family hatch, not a Caterham.

There’s actually a lot more and I encourage you to visit your nearest dealer to have a good poke around its interior. Opinions differed slightly but I’ve always liked the Cruze interiors. There are parts from other GM brands, strange trip computer behaviour and hard plastics aplenty but I just like it. It’s different and cool.

A family of four will find sufficient room, also for their luggage (413L boot), while the rear seats fold almost flat for those big moves. Throw out the family, put foot and the 1.8L Cruze hatch will reach 100km/h in 11 seconds or v-max of 195km/h, its weaker 1.6L counterpart needs 12.8 seconds and reaches 188km/h.

We had to double-check if this wasn’t perhaps a 2.0L because our test unit kept logging mid-10 seconds runs to 100km/h on our GPS, eventually clocking an astonishing best of 9.9! For a naturally-aspirated and reasonably clean 1,800, the car’s full-throttle pace is quite impressive.

With a good mix of city traffic and highway commuting, our Cruze hatchback soon proved to be an unassuming, comfortable, docile mode of transport with just enough poke to safely overtake and a well-stacked five-speed gearbox for some manual fun or sparing long distances from the 60L tank.

Chevrolet could probably throw in a sixth gear and some new engines but as the Cruze stands before you now, sporting minor tweaks and the new hatch models, its technology is far from redundant or inefficient. Added to the great value of these cars, you also get a 5-year/120,000km warranty and 3-year/60,000km service plan.