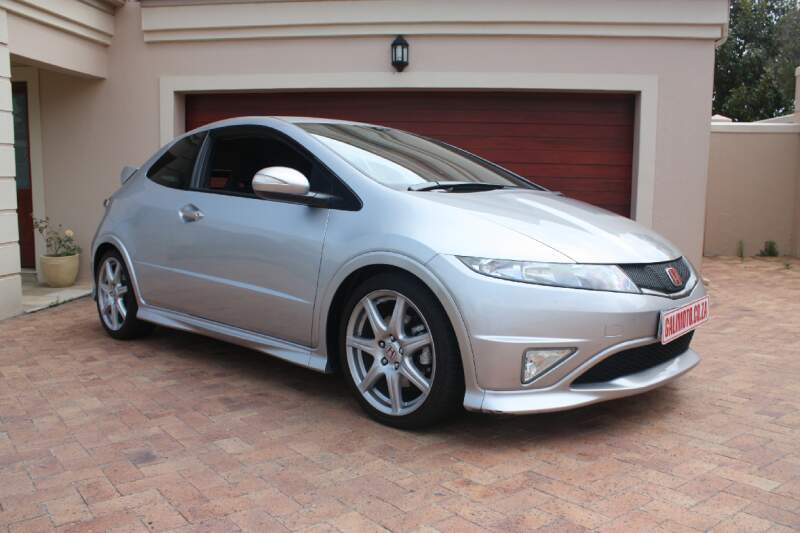 Four years, eight months and sixteen days ago I tested a car that made such a lasting impression on me that I not only dedicated a mixed CD to it but also counted the days until we were reunited. That day finally came when the Honda Civic Type-R arrived this week for a last hurrah.

Last hurrah because the Civic’s shape is about to change and Honda moved in the admirable direction of “socially responsible corporate citizen”, in the process killing off the NSX, Formula One, S2000 and soon the Type-R. It wasn’t until last week that they announced its successor and a new NSX.

Good, so the new Type-R will be terrorising us soon and I could probably end my review here because this one’s old news. Not quite, because its replacement has big shoes to fill and I’m not the only one who believes this FN2 version will become a future classic worthy of a place in my dream garage.

For starters, the cutting-edge Civic hatchback looks even better minus two doors plus exaggerated fins, spoilers and wheel diameters. The interior is similarly crazy and those red bucket seats are almost impossible to get into, get comfortable in or get out of.

It gets worse. That metal gear lever amplifies the prevailing temperature, your rear view is split in two silly horizontal strips of which the bottom one goes all colourful with polarized sunglasses. The seatbelts are difficult to reach, the nose is too low, the doors are too big and it doesn’t like weight, altitude or heat.

But the Type-R’s biggest weakness is its rock-hard ride; push down on a fender and it might move a centimetre. The suspension appears to have been made from concrete and it seems like the only movement comes from its ultra-low profile tyres.

Combined with the hard seats, all occupants are treated to a free massage on everything but super-smooth tarmac. The Type-R transmits every single surface detail to the cabin; potholes and speed bumps are torture, driveway entries are scary and even patched road-works produce a noticeable jolt.

This bone-shaking and back-breaking ride will scare off everyone but the performance purists, for they know that the car’s borderline solid suspension translates into agile, edgy handling. Paired with a limited-slip differential, the Type-R shoots through corners with precision and gusto.

Obviously you can torture the car into under-steer or the arms of its electronic safety nets, but only if you drive like a buffoon. Keep within its limits and the Type-R is incredibly rewarding, also because of its sharp steering, snappy six-speed gearbox and short-tempered electronic throttle take-up.

This brings me to its party piece: the engine. Just like the rest of its mechanical bits, this motor oozes race pedigree, is quite antagonistic and completely hyperactive. The 147kW (201hp) 2-litre unit is supposed to use 9.6L/100km but loves to tantrum its way to anything between 11 and 15.

A few reasons for the motor’s restless character are its lightweight construction, square bore and stroke, intelligent VTEC system and independent throttle bodies. Think of a throttle body as a modern carburetor, of which you only need one. “Independent” means the Type-R has one per cylinder. That’s four.

This overkill is only employed by fanatics like BMW’s M-division and usually brings about catastrophic consumption, brutal power hikes and orgasmic noises. It already growls and fizzes as is, but burn its backside and it hammers a multi-octave melody right up to its whoop-whooping 8,200rpm limiter.

And there’s the complete picture. The Type-R is a one-trick pony that looks aggressive, drives like a supercharged skateboard and sounds like a race car. It won’t do soft and quiet because it can’t. Top speed is an alleged 235km/h and our GPS clocked 0-100km/h in a noisy, third-gear wheel-spin 6.9 seconds. Hello, GTi.

Specifications are pretty irrelevant as nobody buys this 1,299kg hooligan special because of its great climate control, radio/CD/USB/Aux/mp3 sound system or remote central locking. But if you need to know, it has auto lights, auto wipers, 60/40 folding rear seats, adjustable multi-function steering wheel and six cupholders.

Your N$331,365 will activate a 3-year/100,000km warranty and 5-year/90,000km service plan, although I have it on good authority that stock has dried up. The Honda Civic Type-R is one of the last hard-core screamers and as its replacement is rumoured to be a turbo motor I suggest you rush to your nearest dealer before I do.