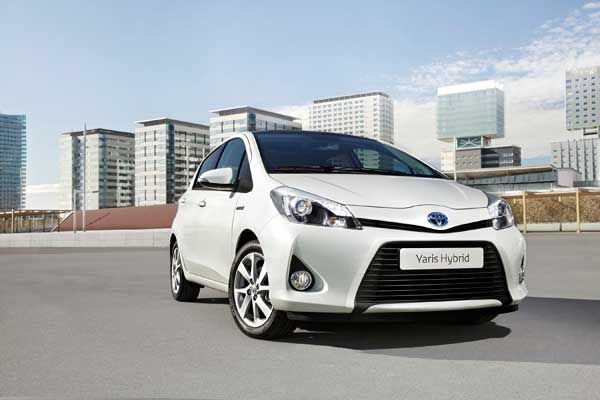 Motorised vehicles have taken a lot of flak in recent times due to exploding numbers, dwindling resources and nasty emissions. Toyota was pioneering with their hybrid cars, although these also gathered quite a bit of criticism. Believe it or not, today I won’t add any more to that.

The petrol-electric hybrid machinery has had a tough time when people poked holes in their complicated construction, toxic batteries, recycling issues and negligible fuel savings so the question I pose to you is this: if hybrids are not the answer, what is?

Keen motorists and students of physics will be yelling “Small Diesel” and “Hydrogen” at this point while those of a flowery disposition might be whispering “Duuude, bicycle” while combing their long blonde hair and burning a stick of lavender-scented incense.

Fair enough but with Diesel’s harmful particulates, hydrogen still in diapers and Southern Africa’s public transport infrastructure at a similar stage, hybrids may be the best answer we have right now. Can you think of any better modes of civilian propulsion in Namibia? Solar? Huskies? Nuclear?

Obviously it also comes down to usage so keen motorists who rack up high mileage will be best served by small turbo-charged Diesels. Able-bodied persons who do short and infrequent trips may want to try that new bus service or perhaps dust off the old Gary Fisher.

The majority of us will be stuck twice a day in the office and school commute and may consider, huge apologies for the long-winded introduction, Toyota’s Yaris Hybrid Synergy Drive. You see, because it’s a hybrid it has a start/stop system and an electric motor for extra shove and short stints of electric driving.

This little Asian also charges its batteries while you coast or brake and if you put a little thought and effort into your driving style, you can save quite a bit of fuel. Think of it as a petrol car with an electric helper that you need to nourish in order to reap any tangible benefits.

If you floor the wee hatchback constantly it will be no greener, cleaner or leaner than any other car and its rubbery CVT gearbox becomes highly annoying. A Yaris hybrid isn’t very sporty and although its underpinnings are reasonably chuckable, the moped gearbox puts an end to any attempts at fun.

I only sampled our test car for about two days but made a few notes for your perusal. To start with, a hybrid car is no more complicated to drive than any conventional automatic. You’ll just have to get used to the start/stop system if you haven’t been exposed to one before.

When presented with a mix of normal city and highway driving, my average fuel consumption was higher than the specified figure (4.1L/100km) and no better than that small turbo-Diesel you may have in mind. Take note of the word “normal” though because this term is relative and reflects my default driving style.

Much like you have to adapt to a turbo-Diesel’s low-rev clout and flat torque peak in order to get the best out of it, the Yaris HSD encourages restrained driving and eventually reveals its sweet spots where petrol use is at its least and any potential for using or charging the electric cycle is optimal.

Because of their regenerative capabilities, the brakes are initially quite sharp until you learn to modulate them. Learning is a huge part of this car and you quickly become aware of all that energy you’ve been wasting with hard accelerating and braking so your driving style will become more fluid and better planned.

Such measures would be advantageous in any car but only a hybrid will store the results in a battery and use them to help whisk you along. With enough charge you can even drive around silently in full electric mode for a short while before the petrol engine kicks in again.

I’m not going to elaborate on the Yaris’ regular features, airbags, cup holders and such like as I believe they are completely secondary to the hybrid purchasing decision. Should you be ready, the Toyota Yaris 1.5 Hybrid 5-door costs either N$230,600 (XS) or N$253,400 (XR).

So, to recap, you shouldn’t ask whether a hybrid would be of any use to you, rather ask yourself if you’re willing to adapt to a hybrid. Driven sensibly and in the manner intended, I was deeply impressed by how Toyota has made this technology so user-friendly and efficient. The rest of the car isn’t bad either.