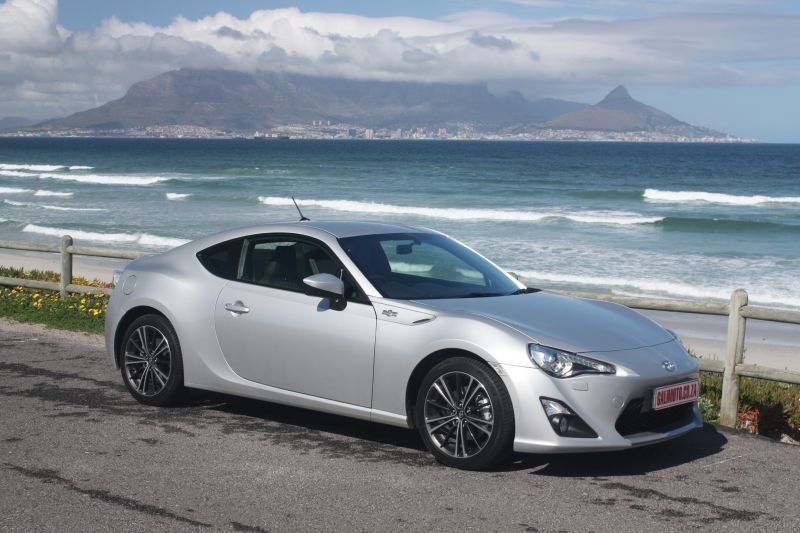 Once or twice a week my computer pings at me and announces the imminent arrival of a new test car. Should the electronic reminder include the word “Toyota”, my heart usually sinks in expectation of drab plastics, blunt sheet metal and, with the FJ-flavoured exception, a week of lacklustre driving.

This event took place again last week but this time it included two numbers, eight and six. That’s right, the Toyota 86 was on its way to me and I’d be lying if I said that I wasn’t excited. All that hype, all those reviews, the videos, apparent launch and Go Play marketing speak built up quite some anticipation.

This was heightened by family commitments, other test vehicles and the new sports car’s immense popularity which all conspired to the point that I only drove the 86 for two days. First impressions were good but marred by the absence of a rear wing or clutch – we tested the Hi-Spec automatic.

One thing’s for sure though – Toyota has built a looker. The 86 is low, long and sleek with a very pointy and very angry face, beautiful lights, dashing lines and butch rear end with two fat exhaust pipes. And for the first time ever, hallelujah, the (optional) two-tone 18-inch wheels actually fill the wheel arches.

Drop into the low, cramped cabin and you’ll glance over a flat bonnet with two lovely Ferrari 458 haunches. I immediately found the 1987 Toyota clock, 1997 Toyota radio/CD player and was about to lament the lack of satellite buttons on the steering wheel when I remembered that this is a budget racer.

The tall dashboard houses sporty instruments, Nissan GTR-esque climate controls, keyless ignition and body-hugging bucket seats. Even tall drivers will find enough space and a good driving position behind the racy steering wheel which is an absolute joy to operate.

Starting at just N$298,500 and going through three models to N$346,500, Toyota had to save on a few items to make such a good-looking, affordable little number. Built in collaboration with Subaru, who will offer the near-identical BRZ, it makes use of their 2-litre flat-four petrol engine.

The motor helps to keep the car’s height and weight distribution in check – the 86 is perfectly balanced to the tune of ridiculous rear seats and a ridiculous full size spare wheel poking out of the small, narrow boot floor. So it isn’t exactly versatile but purists will sacrifice any practicality for an ounce of precision.

Press the starter button and the 147kW (200hp) / 205Nm engine springs to life with the usual Boxer clatter and an alarming lack of exhaust noise. Rev all you like, the only noises coming from the two coffee can exhausts is a typical Toyota whine, a mechanical shriek that will scare off any feral cat.

It didn’t get any better once the car was warmed up and I was paddling my way through the gears. As predicted, low-end torque isn’t overwhelming and you have to thrash the engine all the way to 7,500rpm to extract its full potential. The gearbox is very obedient, reasonably quick and helped by a red shift light.

86 suspension is rather hard, the car corners beautifully and with its lively steering you get to enjoy crisp, rewarding road holding. Low-speed travel in town can get very bumpy and the limited-slip diff makes the rear end ever-so twitchy. Not as twitchy as I thought it would be though…

I expected this car to power-slide at whim, hang its tail out on any imaginable corner but the sideways action didn’t occur until I dramatically increased my speed, revs and cruelty. And when it finally let go, the progression was snappier than the gradual and manageable slide I’d hoped for.

Perhaps I’ve been spoilt by more powerful cars because you really have to work the 86 to Go Play! It simply doesn’t have the torque to burn rubber at will, nor does it have the power to defend itself against a Golf GTi, Focus ST, Civic Type-R, Megane RS or anything else, really – especially at altitude and/or in Namibian heat.

If you think that’s unfair of me, so be it. Toyota gets high marks for looks, price and handling. The chassis deserves more power and the Eighty-Six deserves more street cred. As is, it won’t take long for everyone to realise that the emperor’s new coat is a rather thin one.