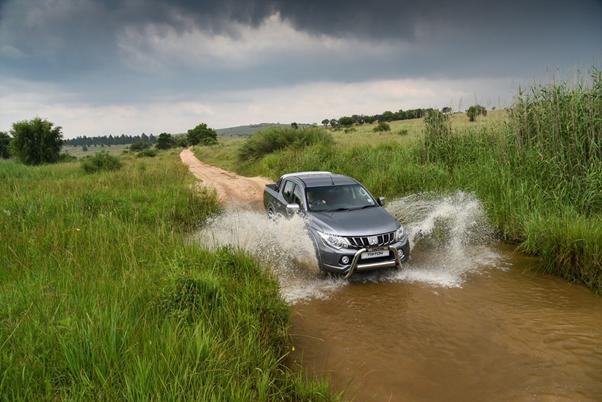 Just like the growth of the ‘Sports Utility Vehicle’ market in South Africa and Namibia, the bakkie class has also grown more popular. Well, it has always been popular, but today we are seeing more and more manufacturers trying to compete in this market. The word “bakkie” is synonymous with the three factors of reliability, towing capacity and well, the amount it will be able to carry. 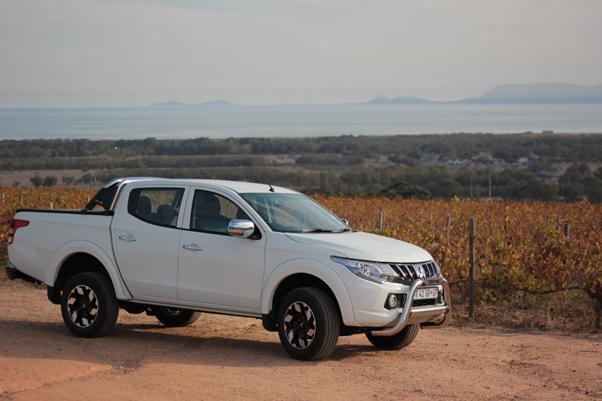 Given these three factors, all eyes were on the Mitsubishi Triton as it landed in South Africa a few years ago. Looking at the 5th generation Colt/Triton, standing in front of me, I am posed with the question: “Will this Triton make head waves and make it more difficult for the buyer to now choose between not 3, but 4 manufacturers.

So let’s start dissecting this new Fiat Fullback look-alike. Firstly, Mitsubishi claims to have made 185 improvements from the previous Triton in order to give the user a more “SUV-like” experience. 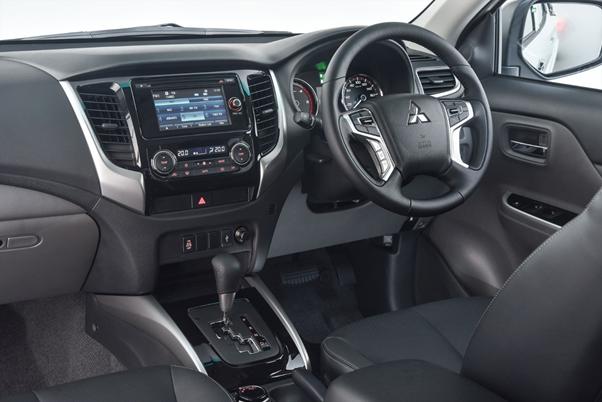 Some of these improvements include the deepening and reinforcement of the loading bay, the aerodynamic change of the bonnet in order to enhance fuel economy, as well as changing the driver position for a change in visibility and comfort.

The interior also allows for easier movement inside the cabin itself as the cabin is 20mm longer (1,745 mm in total). The Triton also now has an ‘easy-to-clean’ surface. It also adopted a touchscreen with Bluetooth, USB and a keyless Start/Stop system.

Other improvements include a dual-zone air conditioning, a reverse camera and electrically adjustable seats. The Triton also features a full leather seat interior, adding to the idea of an ‘easy-clean’ environment. 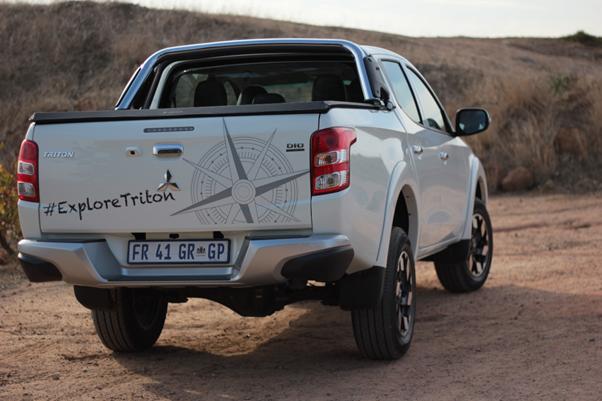 The Triton features a new aluminium block, housing a four-cylinder diesel engine. This makes the engine 30kg lighter. Combine this with a 2.4-litre turbocharged, 5-speed gearbox, and you will most definitely have enough power.

There will be 4 models in this range. All will come with the 2.4 engine and customers will have a choice between 4×2 and 4×4. The other choices depend on a 6-speed manual or 5-speed automatic.

The new Triton features a shorter wheelbase, bringing its turning circle down to 5,9 m. All double-cab models in this range will also have a 205mm ground clearance. 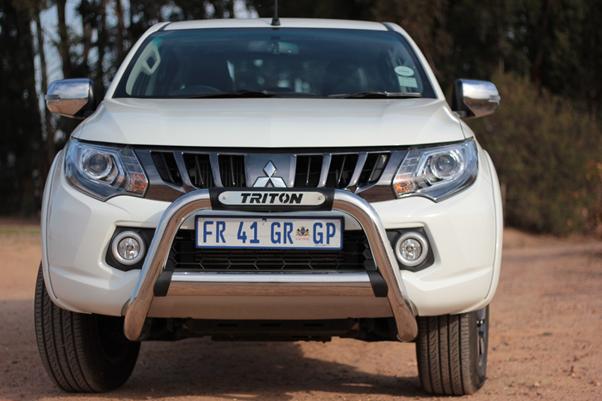 So, do these improvements make a difference?

In terms of being ‘SUV-like’, the Triton has little road noise and combined with a spacious and well-designed infotainment system, it has to be said that the Triton made a few leaps in the correct direction. 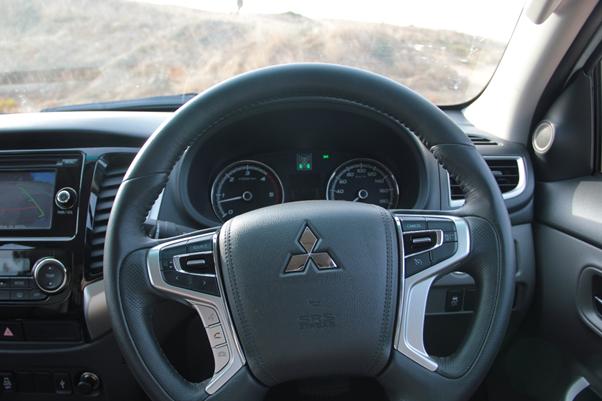 Although the loading zone of the bakkie is larger, the rear view camera does help remarkably well. Yet, it may be difficult to see that flat sports car if it is right behind you in traffic. The seating position for the driver has been well redesigned and the bulging bonnet will not pose a threat to the driver’s view.

Coming with 2H, 4H, 4WD High Range and 4WD low range, the Triton is also said to go everywhere as it will be comfortable on any terrain. Yet, with a distance of 3000mm between the front- and rear axle and a total length of 5285mm, the rear of the vehicle may pose a problem on short and steep climbs. 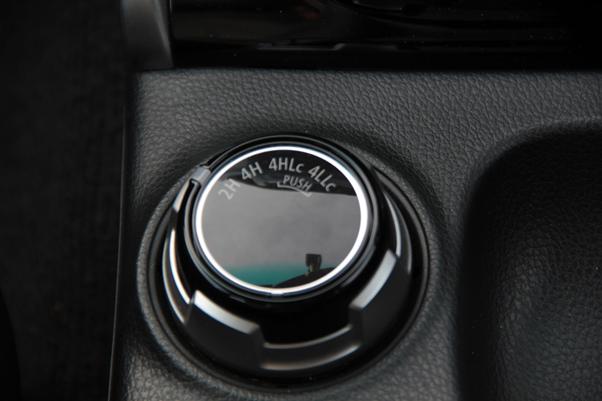 What about the competition?

It has to be said that the inside of the Triton is a lot more user-friendly than its competitors in this segment. Whereas other bakkies tend to be very simplistic, the Triton feels more welcoming than the relatively luxury Pajero.

In terms of fuel efficiency and power, the Triton will be able to keep up with the 2.8 litres Toyota Hilux and use less fuel. Averaging 7.6, it even delivers better results than the 2.4 equivalent. Definite plus remarks for the Triton in this regard. 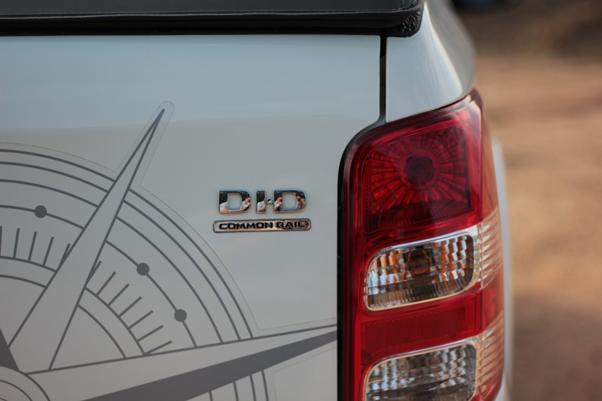 One of the most significant changes to be made to the new Triton has been the towing capacity and loading space. The Triton is said to handle a load of just over 1 tonne. It is also said to be able to tow 3 tonnes, although Mitsubishi claims it to be 1.5 tonnes. This places it directly in line with its prominent competitors. Unfortunately, this comes with a few negatives.

Enabling the Triton to carry more, Mitsibushi fitted a relatively soft coil spring suspension to the front. The rear, however, has been fitted with a much harder Leaf-spring suspension. In this regard, the Triton is not suitable for those who are struggling with back pains. It can be argued that this is the norm for a ‘bakkie’ seen as though it has to carry more. Yet, most of the competitors we have driven did feel stiff and sometimes uncomfortable, but the Triton seems to struggle quite a lot in this regard. 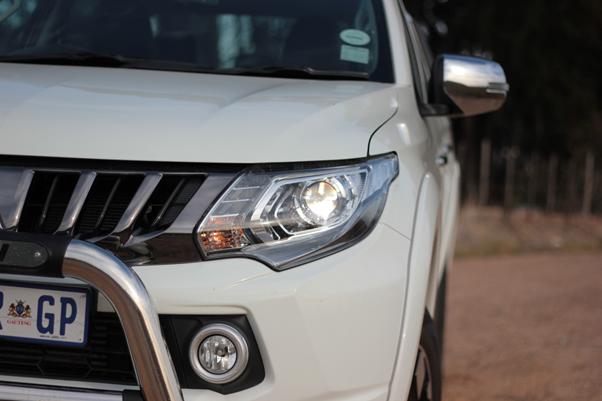 Coming to price it seems to fall in favour of the Triton with prices ranging between R479 000 to R559 000. Taking this and the normal 5-year/ 90 000km warranty into account, the Triton can be regarded as having more for less.

Yes, the Triton may have one slight problem, but…

The Triton may have some downfalls in relation to its competitors, yet Mitsubishi has done tremendous work on their Triton range. The reliability, loading capacity and interior design all place this new ‘bakkie’ right on par with its competitors.

The Triton does feel much more comfortable inside and the ease of use, general luxury and price do give the Triton a major advantage. Should the Triton be fitted with a more comfortable suspension, I would most definitely not keep my eyes focused on the two most obvious “bakkie” choices on the market. 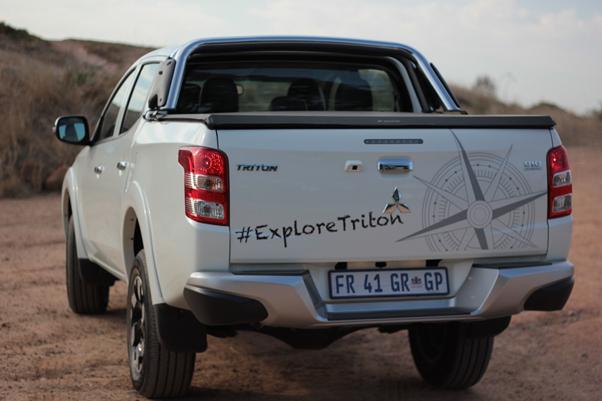 Final thoughts: The Triton has undergone remarkable improvements. With one slight improvement to be made, the Triton might be the bakkie to beat.