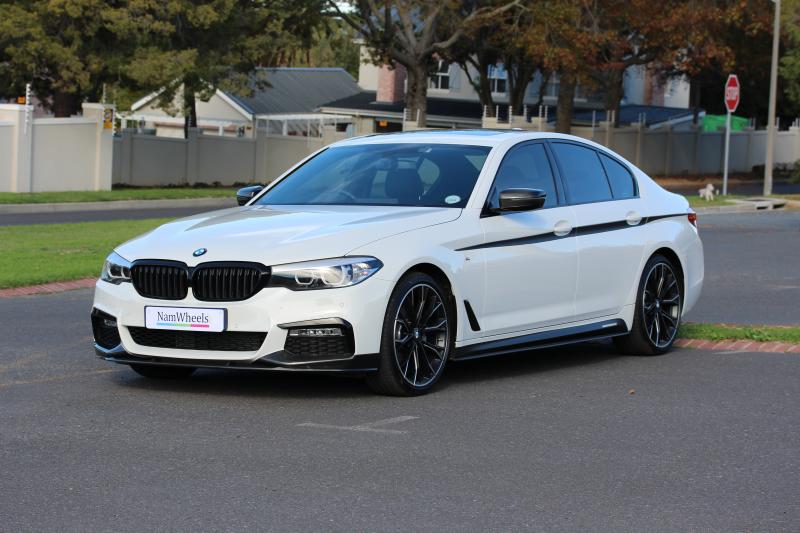 “I baked a Vegan cake!” chirps the hippy girl just ahead of us in the queue to a nature reserve. My companions and I exchange more glances, not just because her baggy trousers are continuing a marvelous disappearing act. “That’s my angle for the BMW 520d M Sport review” I whisper with confidence. 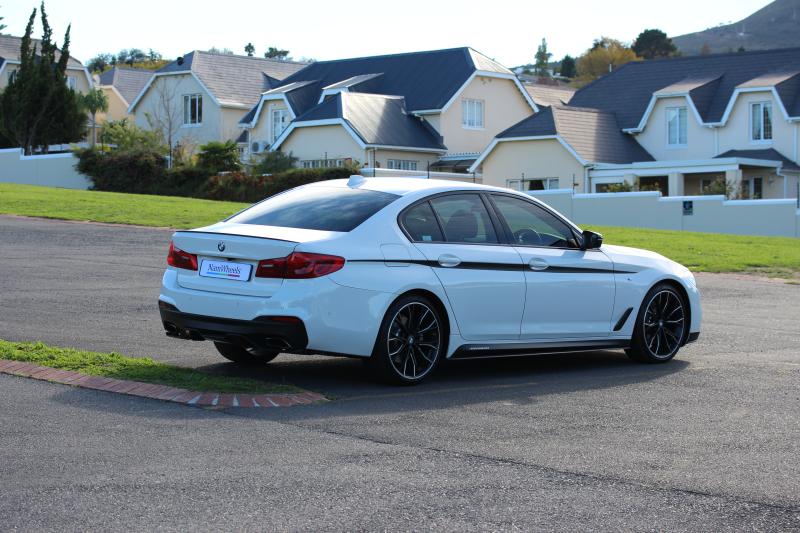 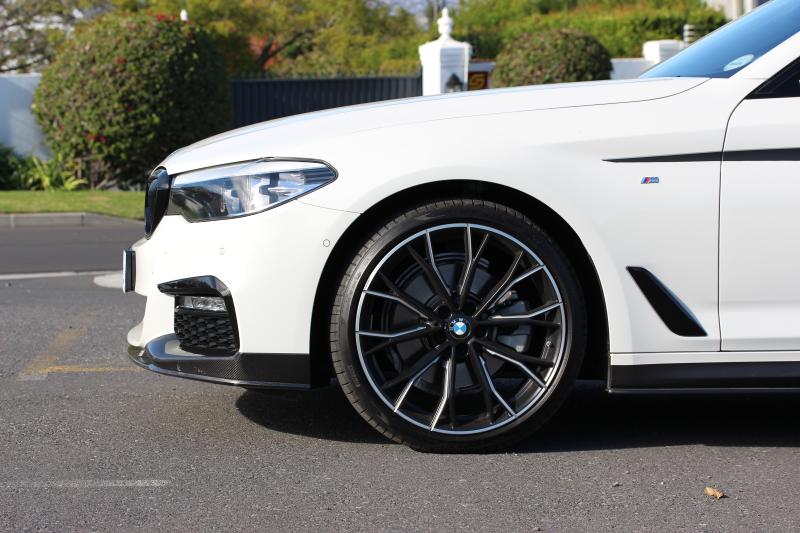 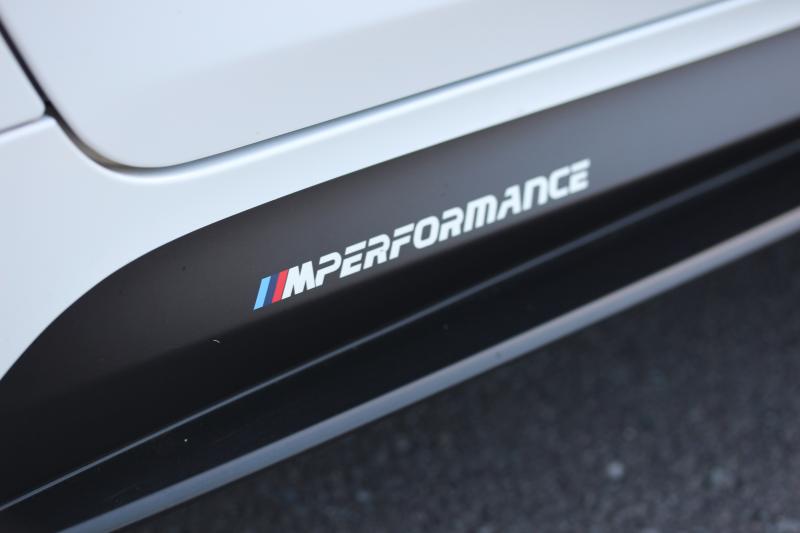 “Carpet fiber!?” asks a friend in horror. Instead of leaving her with that belief, I take a deep breath and explain what the carbon-based weave is, where it came from and how it ended up in diffuser- and spoiler-form on a mid-size, penny-wise, turbo-diesel luxury limousine. “Does that mean this one is fast?” she asks. 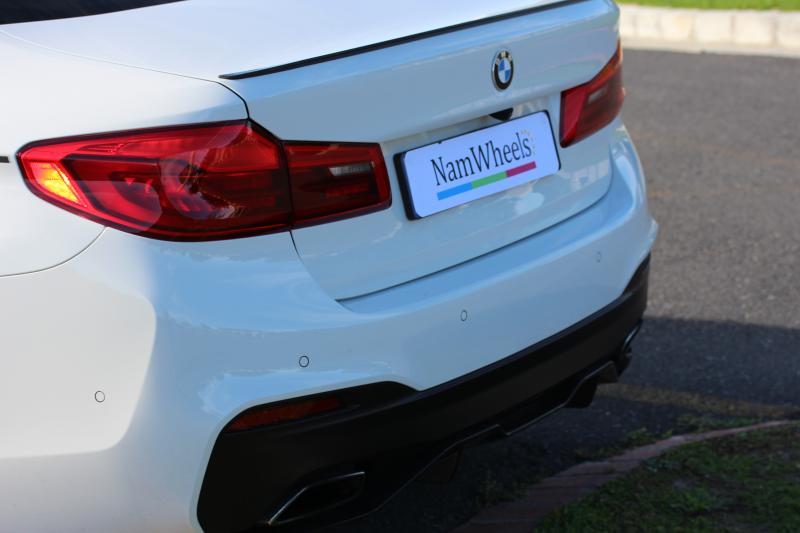 My concise answer is “No” because I remember the limited-edition BMW E36 Motorsport Edition (in various garish colours) that turned out to be slower to 100km/h and have a lower top speed than its regular counterpart. Thankfully, we tested a regular 520d in August 2017 and I can report on the following: 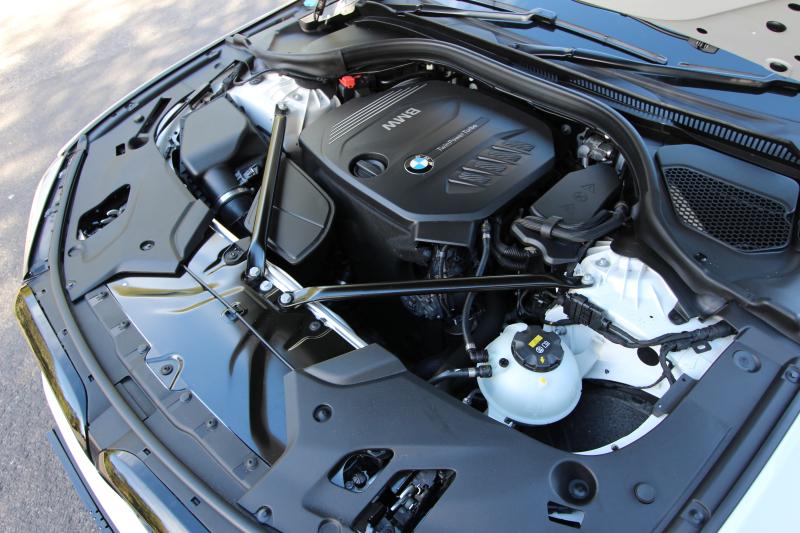 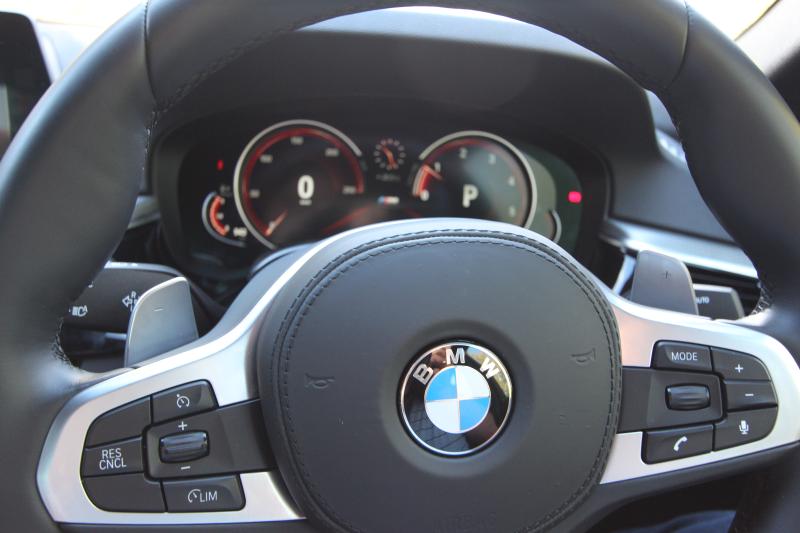 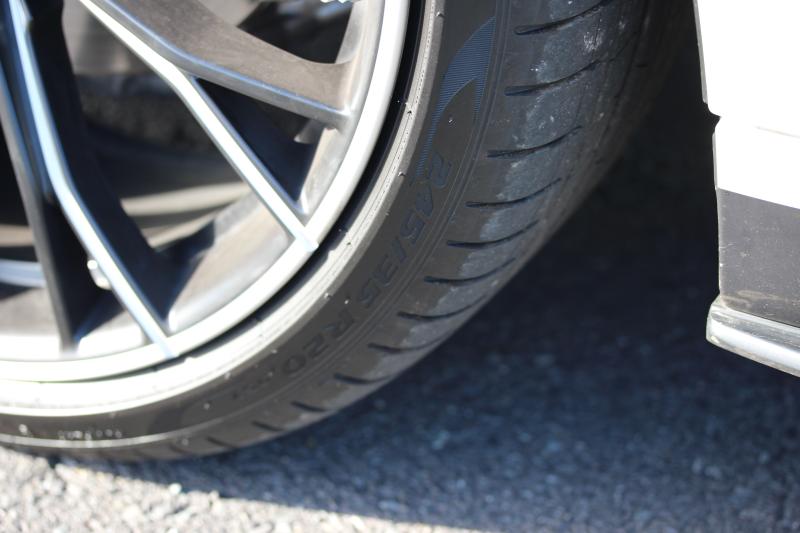 Driving the dressed-up (and de-badged) 520d every day posed no major hassles other than taking great care when parking; because of its lower chin and ridiculously low-profile tyres. FYI, they cost around five grand each. Obviously the low-speed ride was rather harsh and potholes were unbearable but otherwise, the 520d M was reasonably comfy. 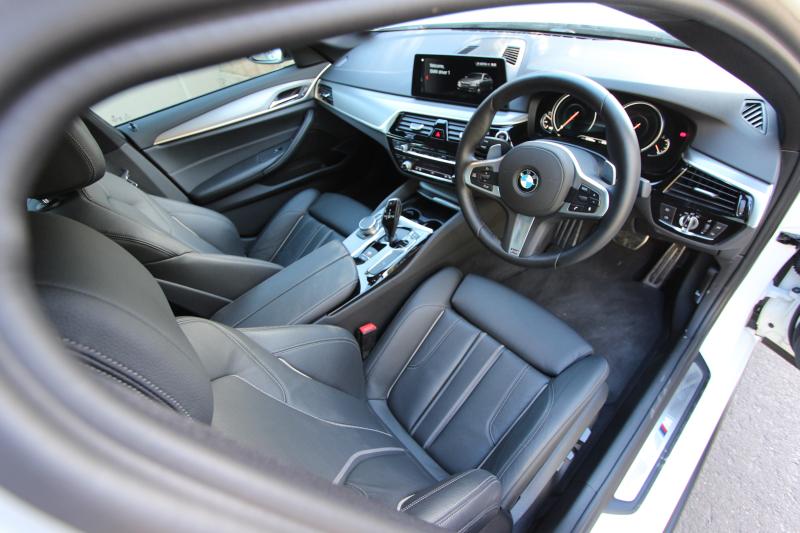 Never mind the space-age safety and luxury toys (some optional), gigantic 530L boot and luxurious interior… all of which make this one of the ultimate cruising machines. BMW claims average Diesel use of just 4.7L/100km to give you a theoretical range of 1,400km from the 66L tank. Our real-life average was 7.1. 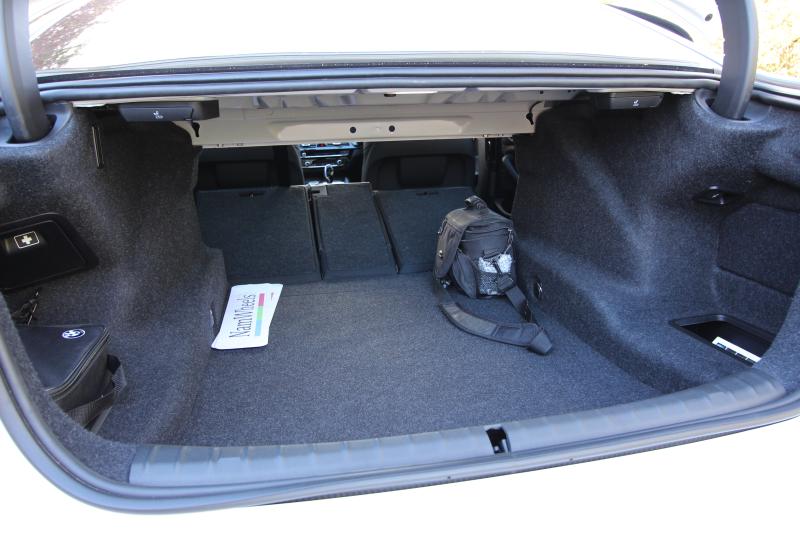 I found that the steering felt a bit lazy when compared to previous Five Series (or current Mercs!) and also noted that the carpet-fiber side skirts stuck out so far that they dirtied my trouser legs. And that’s the bit I don’t get about this car – it’s a refined, frugal, comfy mile muncher which was ruined by some M-nonsense. 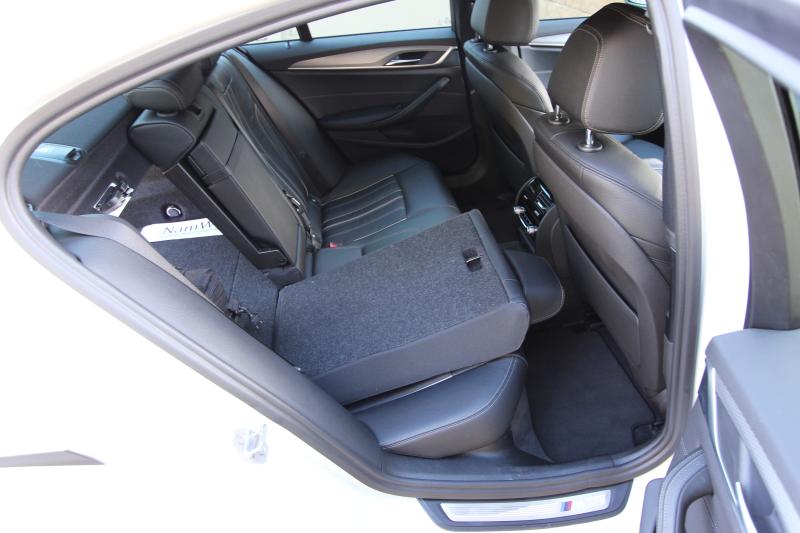 Don’t get me wrong, I love M BMW’s, much like I love cakes. I just can’t stomach a Vegan Diesel version which costs R53,400 more than the base car’s R813,400. If you really want a zeff 520d, knock yourself out. But if you want my advice, stick to the regular model or get a 330d M Sport for exactly the same price. 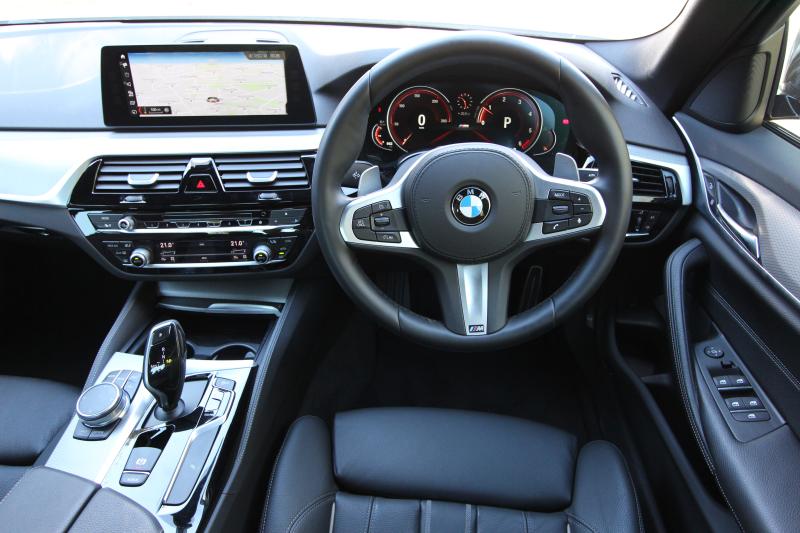