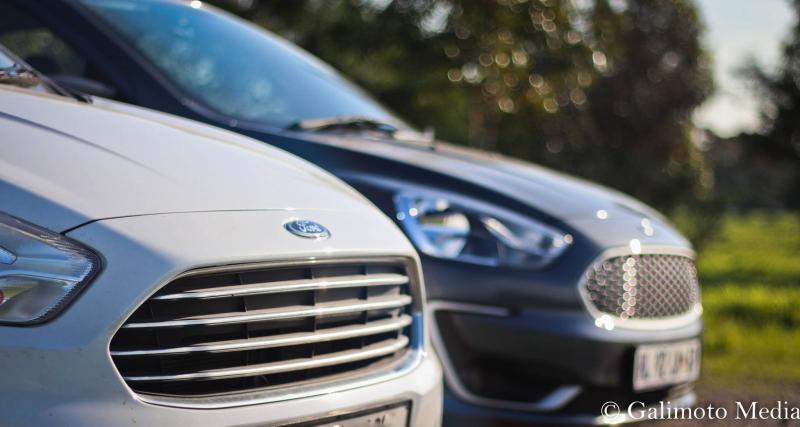 Acronyms are everywhere, especially in cars. Besides A.B.S., E.S.P. & Co., I’d like to introduce you to K.I.S.S. While the word is usually reserved for loved ones and that amorous aunty at Christmas, the abbreviation “Keep it simple, stupid” applies to my latest test car, the new Ford Figo.

As part of the recycled cheapie hatchback segment, which includes VW’s Polo Vivo, Ford followed the recipe by the book – after launching the new Fiesta, they didn’t throw the old molds away, instead producing a cheaper variety for developing markets. What could be simpler? 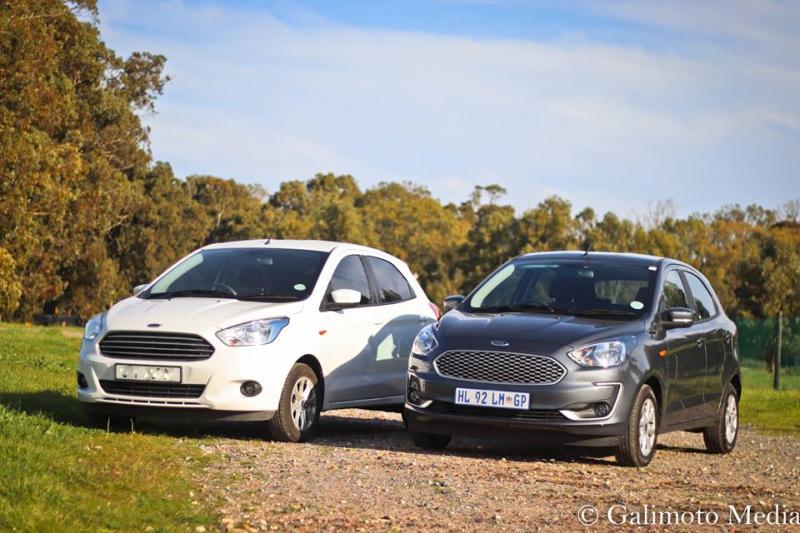 In fact, just like Volksie, Ford’s already repeated this feat so you’re currently reading about Figo generation two. Local buyers get a choice of two trim levels – Trend or Ambiente – on a hatchback or sedan body. A 1.5L engine powers the front wheels via a five-speed manual or six-speed dual-clutch automatic gearbox.

The auto’box is only available in hatchback Trend configuration and happily, our test car was exactly that. Previously you could have the Figo sedan as an automatic and oddly enough, Ford sent us that one too. I hated it. The only manual Figo I drove was a creaky white specimen from Hosea Kutako.

Perhaps Ford booked us this new automatic Figo to set the record straight, because that sedan was quite jerky and unpredictable to drive. In my experience, those are early hallmarks of every twin-clutch auto’box, irrespective of brand, and this rendition certainly defended the family honour. 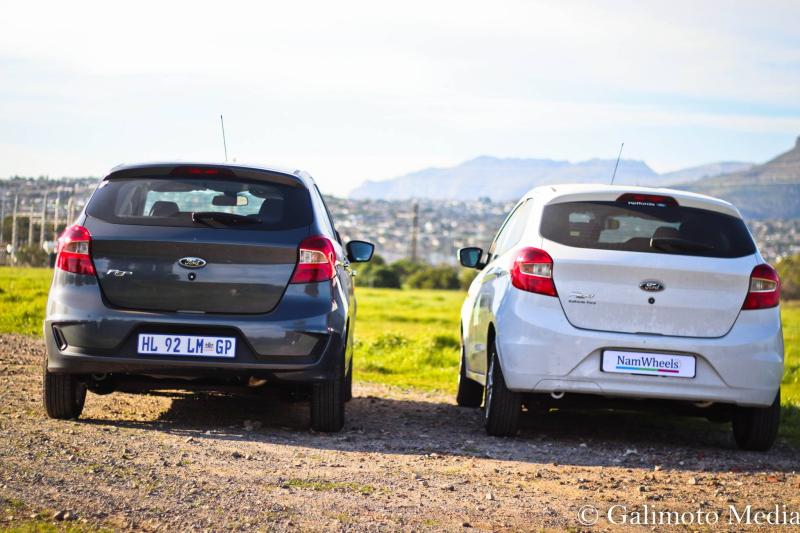 Obviously Ford had time and feedback to engineer this “PowerShift” into the more agreeable levels of refinement displayed by this test unit. While not as quick as a VW DSG, this car certainly felt more cohesive (and comfortable) to drive than its erratic predecessor.

A lot of that is also due to the new, arguably simpler engine. Where before Ford used a 1.5L four-cylinder petrol unit, this motor has one less cylinder. Power is up from 82kW/136Nm to 88kW/150Nm and it delivers those numbers not unlike a turbo engine (at sea level) with respectable mid-range punch.

Although the PowerShift lever still features that silly little gear selector button (which only works in “S” mode), this perky three-pot motor is always kept on the boil by the six nicely-stacked gear ratios. Where its ancestor still fumbled around, this auto-shifter knows how to use its engine’s extra torque. 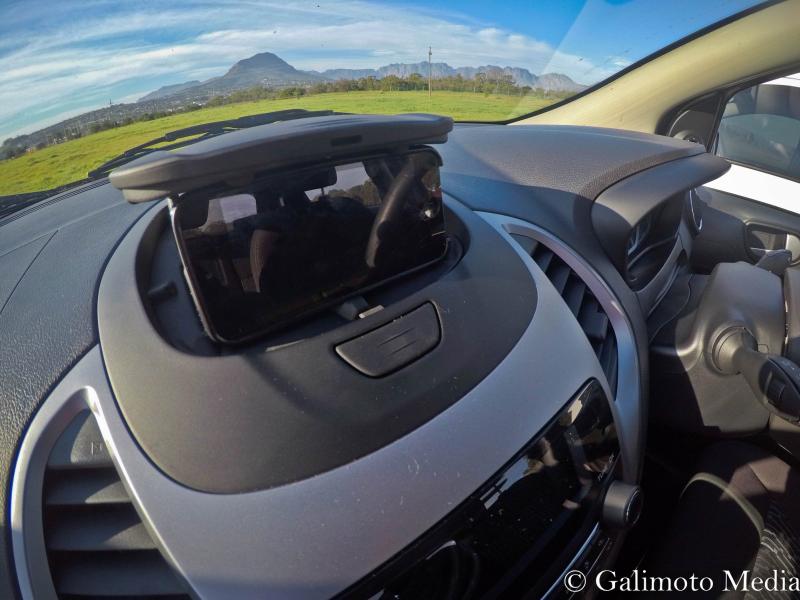 Flat out it should do 175km/h while our best 0-100km/h sprint was 10.14 seconds. Reversing that process took 3.09 seconds and 42,66m; mediocre values that could be due to the Indian and relatively unknown “Apollo” tyres fitted here. The car also nose-dived a bit but remained stable thanks to ABS-assisted brakes.

Other victims of “keeping it simple” are the omissions of a coolant gauge, stability control, shift paddles or any steering wheel accoutrements. The remaining spec includes central locking, power steering, two airbags, power windows, air-con and traction control – all of which is in the ballpark for this segment.

There’s a basic media system with Bluetooth which I much prefer over the messy and glitzy SYNC units that ruin most Ford dashboards. Some cabin surfaces seem a bit crude when compared to the Vivo but I took delight in the radio’s fine chrome strips and the simple ventilation controls. 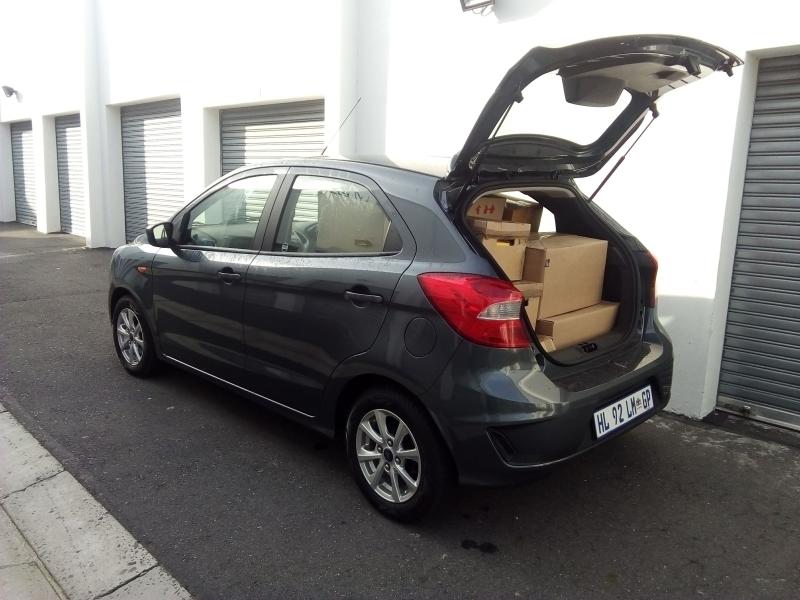 Figo’s suspension is also fairly simple but absolutely acceptable for its intended purpose. Most road nasties are filtered out, there’s sufficient grip in faster corners but excessive speed will induce body roll and lacking damper rebound. Also, three pax at the back can reveal the rear axle’s limits.

Why? Because it’s an affordable little hatch, not a Nordschleife weapon. I honestly enjoyed driving the new Figo auto, certainly more than the previous one, and thus propose that K.I.S.S. could also stand for keep it simple student, senior, single parent or anyone else looking for a good automatic car. 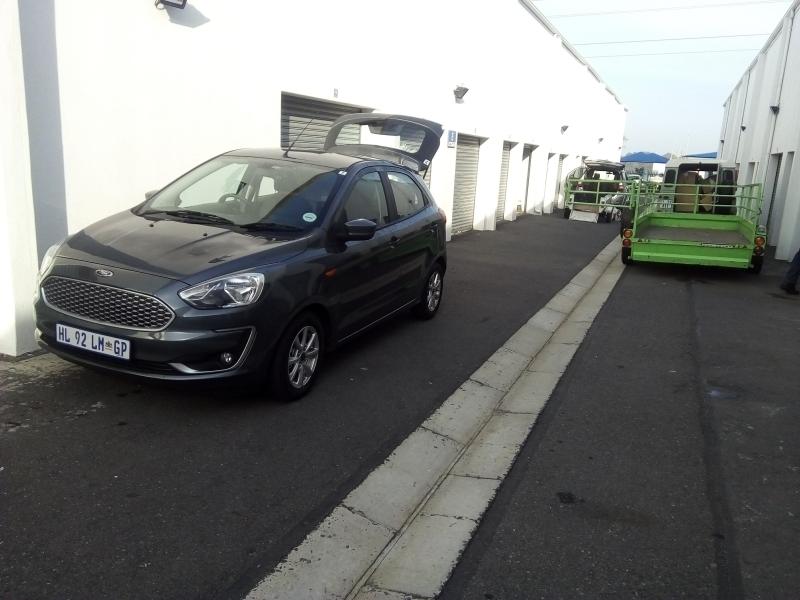