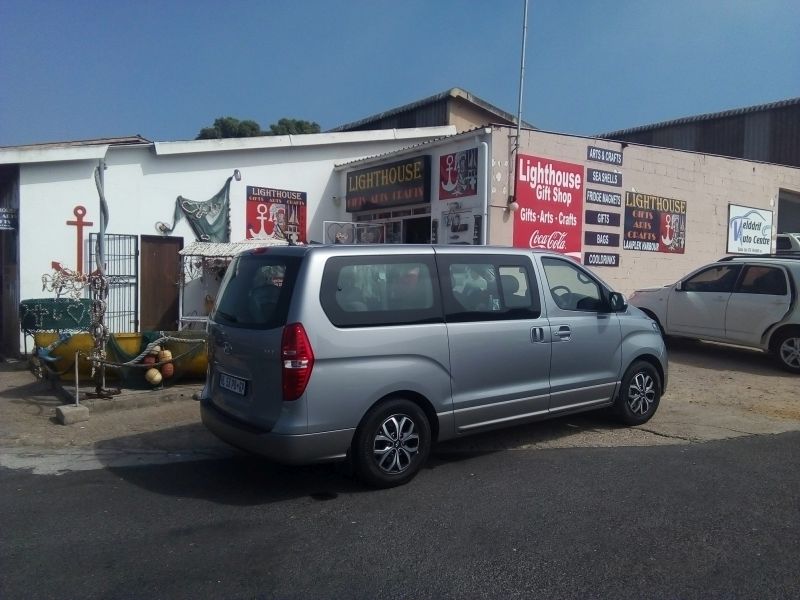 Hyundai’s H-1 bus represents excellent value when compared to its luxurious German rivals but is value for money always a good thing? We took the fancy 2.5 turbo-diesel nine-seater for a seaside getaway to find out.

Although I didn’t want to do a direct comparison with competing busses, we need a frame of reference for that value statement. So here goes. The equivalent Volkswagen Caravelle or Mercedes V-Class is R266,000 to R355,000 more expensive and both offer fewer seats; while the Quantum and Tourneo are less powerful.

Kia has a van-like effort for R40,000 less but I couldn’t figure out if it had seven or 11 seats. I’ve tested both the top-spec Caravelle (2.0 BiTDi Highline 4Motion) and V-Class (V250d Avantgarde) and where the Volksie showed its heritage with superb quality and versatility, the dearer Merc van lagged behind in both departments.

Read: if you want top quality and price tags are of no concern, get the Volkswagen.

By comparison, the Hyundai shows its shorter legacy and excellent cost by way of cheaper materials, fewer gadgets and some frustrating incompetence. The first two traits are excusable – especially to anyone who’s after affordable space and not premium transport – but the H-1’s shortcomings can be potential deal-breakers.

First up was a stubborn driver-side sliding door (the Hyundai has them on both sides) but I suspect that it may have been the result of a rather harsh, 16,000km press car life. Its next foible was complete darkness when any of its doors were opened after sunset. Many, many, many tries later we finally figured out the rather complicated procedure.

I remember the Caravelle furniture being highly adjustable and recall a wonky seat in the V-Class, which this H-1 countered with a rigid rear bench and sliding, two-piece centre bench. Unfortunately the central one only arrests at the back of its tracks, which further complicated any people/cargo carrying combinations.

Its boot is enormous (842L) and easily swallows a family’s luggage but won’t accommodate anything else because the far-rear seats are bolted to the floor. And because the middle seats won’t stay anywhere except their default position, you can’t get much else except passengers in there.

A bicycle? Forget it, unless you take one or both its wheels off, in which case you may still soil or damage the Hyundai’s pleather seats. Other storage issues are the miniscule ashtray and oddment cubby in the dash as well as the two collapsible cup holders which won’t fully extend unless the passenger/middle seat is moved well back.

On the upside, that middle seat (with lap belt) is quite a quaint addition and doubles as a welcome storage area with two more cup holders when you flatten its backrest. Unfortunately, like the dash-top binnacle and many door pockets in this van, none of them are lined so their hard plastic produces interesting repertoires when contents slide around.

And there’s one more shot I need to fire – its rather basic instruments with equally basic trip computer are dimmed beyond recognition during the day so the only way to read them properly is to drive with the headlights on. An illumination brightness wheel only helps to curb the blinding glow after dark…

…the other way ‘round would’ve been better, Hyundai.

Hopefully some (or most) of that won’t matter too much to potential clients; especially at this price point. Everything else about the H-1 Elite bus was most agreeable or quite pleasant to driver and passengers alike. For starters, it’s got a fairly comfortable ride and its performance can be described as “adequate”.

The 2.5L turbo-diesel four-cylinder engine develops 125kW (170hp) and up to 441Nm for a claimed 0-100 time of 14.4 seconds and about 180km/h v-max. All this is fired via a slushy yet well-spaced five-speed automatic gearbox to the rear wheels for silky-smooth progress at all times.

Some strong gusts of wind highlighted this vehicle’s slab-sided design but I wasn’t the only inhabitant who noted that the effects were not as daunting as expected. That also goes for its turning radius, body lean in corners, modulating the brakes, as well as reversing this bread box thanks to decent parking sensors and a back-up camera.

Although Hyundai has moved on to a newer system in other vehicles, the integrated touch-screen system fitted to this bus offers everything from AM/FM radio to CD/R, USB, Bluetooth and optional navigation. Steering-mounted buttons assist in its operation and live beside an easy-to-use cruise control system.

My six-foot-plus frame had initial woes due to the forward placement of the brake and accelerator pedal but a highly-adjustable captain’s seat and wheel (also for reach) offer plenty of variables; with the cruise control alleviating any long-distance cramps. Which is where the Hyundai clawed back many brownie points…

If you want affordable, economical and comfortable transport for half a dozen people with luggage, this H1 2.5 CRDi should be high up on your list. For space-age gadgets, fine quality or versatile cargo solutions, I suggest looking at its expensive rivals. Hyundai sells each H-1 with a 5/7-year 150,000km/200,000km warranty and five-year 90,000km service plan.