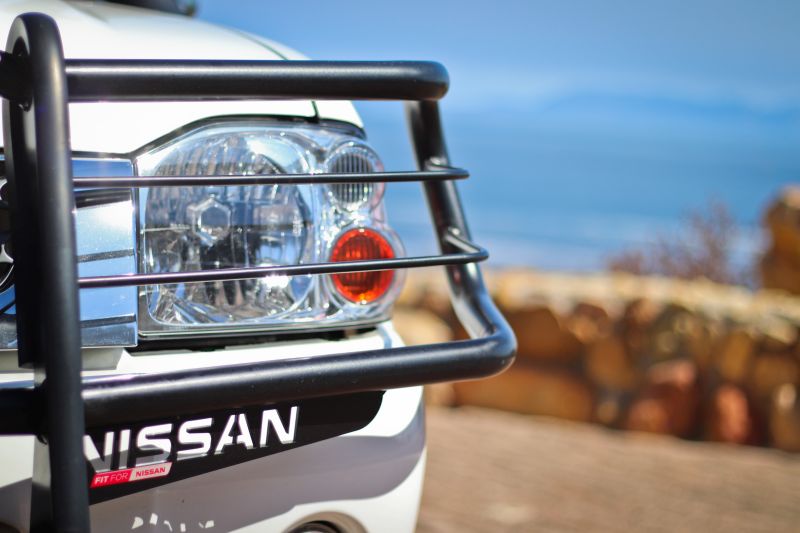 One star. ONE! Sheesh, can you believe the so-called nerve of these so-called people? First they sell us some completely outdated relic from the late nineties and now we find out that it only gets one of five brownie points for some modern crash test rating. This is an outrage. Outrage, I tell you!

Right, now that I have that oft-overheard rant out of the way, perhaps we should focus on the reasons why a 1-star NCAP bakkie is still in production.  For starters, this is Africa (or TIA to its friends) and a short stint on your nearest national highway will showcase that most Africans – irrespective of race or hue – have little interest in safety.

Smokey bakkies, one-eyed sedans, wobbly-wheeled hatchbacks and the odd pile of rust held together by a draad and four prayers highlights how little the real world cares about EuroNKAK or whatever it’s called. The bulk of indignation, I guarantee it, came from trolling keyboard warriors and the corporate PC-brigade.

While their cause – the advancement of safe mobility – is truly noble, it should be seen in context.

These people have probably never been near an NP300 and, more importantly, have no desire to do so. In their perfect world, filled with free wifi and electric cars, the oldest and most utilitarian thing is an Amarok. Back in southern Africa the hard reality is that we desire (and buy) old, hardy and affordable cars. Like ye olde Nissan Hardbody.

Just look at the sea of whites and silvers outside Hosea Kutako or the parking lot at a Namibian game park. Besides the lesser-endowed Corollas and Dusters, you’re sure to spot a herd of NP300’s complete with rooftop tent and a nifty collection of camping gear because *drum roll please* it’s an exceptionally good overlanding vehicle.

You may also catch a glimpse of one darting around your city’s crowded streets with colourful writing down the side, three or four guys inside and a bak full of tools. Yup, the Hardbody is an affordable means of moving your staff and equipment between jobs. Which is why I hated this car’s optional touch-screen system; the standard CD/radio suits it much better.

Not too long ago I spotted a fairly new NP300 bumbling along the other side of a game fence; on the road to Dordabis. Surprise, surprise, this Nissan and its many body variants (about a dozen) often finds itself in the service of farmers who just want good value, proven reliability and no-nonsense technology. Tsek, NCAP.

Perhaps this is a good point where I ironically admit that I strongly dislike the NP300. I detest its awful suspension, ditto for the atrocious steering and seats, I shudder at the sight of its garish fake chrome and it epitomises everything that’s wrong with bakkies. But that doesn’t matter, because I’m not its target market.

Imagining myself in the position of the examples mentioned above (tourist, tradey, farmer) made this double-cab a lot more enjoyable and endearing. The bases are all covered in this R433,900 model with remote central locking, air-conditioning, power steering, power windows and mirrors, two airbags and ABS.

Power is provided by a 2.5-litre in-line four-cylinder turbo-diesel engine to the tune of 98kW or 304Nm. All this is sent to the rear wheels via a wooly five-speed manual gearbox with a very obedient clutch. Four-wheel drive and/or low-range gears are just a stubby lever away while the readily-available 255/70 tyres are shod on distinctive 16-inch alloys.

I thought that our once-off emergency brake test from 100km/h was going to be this bakkie’s undoing but I concede that its results of 3.86 seconds and 47.56m aren’t bottom of the class. Near it, sure, but certainly not last. And when you consider the smokey wobbly brigade on our highways, this is still a fairly safe vehicle.

Which leads me to a bit of advice. If you hunger after a safe commuting vehicle, give the NP300 a miss. Should you desire a refined or clever automobile, rather look elsewhere. But if you believe that crash tests are just a modern yard stick getting in the way of your hard work, this might just be your next bakkie.

To hammer home its longevity, each NP300 is sold with a six-year/150,000km warranty and optional service plans.