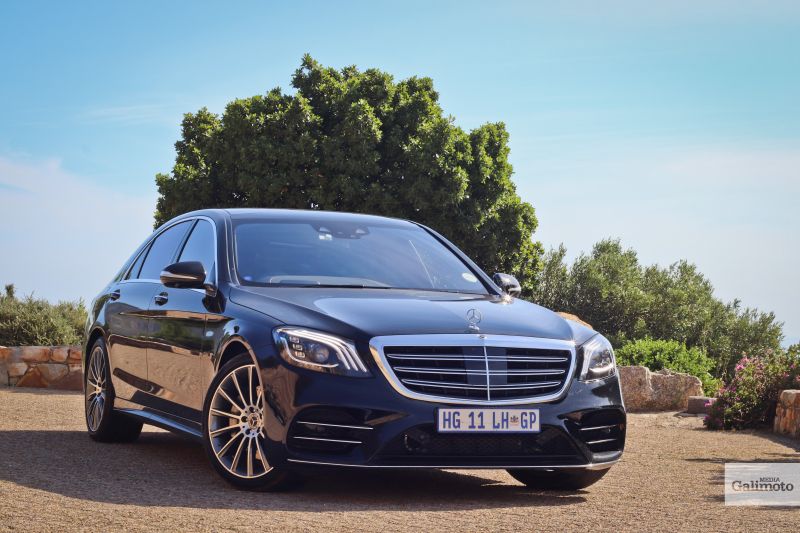 Top dog, alpha fe/male, king of the hill. These expressions may be outdated or even frowned upon in our modern society but their meaning remains the same – identifying a leader. Of course this can also be done in the automotive world and while my latest test car may have an increasing number of rivals, I think that the Mercedes S-Class is still top dog.

Why? For starters, it comes with a heritage which stretches back so far that it should come with its own medieval bard: “hear ye, hear ye!” When Daimler decided to call their big Wabenzies an “S-Class”, televisions were only starting to creep into private homes and everyone was grooving out to the Bee-Gees and ABBA.

That brings us to reason number two – it’s always been a technological pioneer in its era. I happen to own an early S-Class and while its button count stops at two (yes, 2) it had cutting-edge gadgets like power steering, optional air-conditioning, disc brakes, ribbed rear lights and a high-strength passenger safety cell with crumple zones.

It certainly was the king (or queen) of the road back then so can you imagine what normal, affordable cars were like? Ox-wagons and push carts, no doubt. One of my amazed passengers in this black S560 already predicted that listing all its features would take two weeks to I’ve decided to only mention the cream of the crop.

Ferocious Multi-Beam LED headlights with active traffic cut-out feature. Adaptive air suspension with multiple modes, corner leaning feature and my all-time favourite option – road scanning. That means it can flatten out speed bumps by raising the car up, softening the shocks for impact and cushioning out the descent. It’s like sorcery.

What makes the Mercedes S-Class so special is that its creator spent insane amounts of effort to blend all the above witchcraft into a package which just works. Everything gels, and while that new tech’s learning curve may be steep at times, the big Benz utilises and presents its features as if they’ve always been there.

Mind you, not all the gadgets behave themselves perfectly but the odd steering intervention or parking re-takes are acceptable to another set of leaders – early adopters. Those on the other side of the scale, who perhaps miss the days of just two buttons, have also been catered for. For all its wizardry, this S560 is fairly easy to drive.

That didn’t escape another frontrunner, my leadership-certified and CEO wife. Between new motherhood, taxing web trouble, silly-season meetings and many social activities, she took to this S560 like a duck to water. The boss also noted that it had quite a bit of poke, albeit contained in a sure-footed nature.

Fire-power comes from a 4-litre turbo-petrol V8 so this long wheel-base S560 (badged S560L elsewhere) sends up to 345kW or 700Nm to the 245mm-wide rear tyres via a nine-speed automatic gearbox. 19-inch wheels are standard with 20-inch hardware as an optional extra or as part of this “AMG Line” model.

The number 560 has no connotation to its host other than Mercedes’ desperate desire to rehash its past; in this case the range-topping W126 560SEL from the early nineties. This new sedan is certainly a worthy successor in terms of refinement and, just like its namesake, has the ability to whack hot hatches and other cheeky challengers back down the pecking order.

Two things will put those excellent numbers into perspective. Firstly, the car weighs 2,070kg and secondly, when I turned the ESP stability control off for some extra wheel-spin, I got more than I bargained for. After brief turbo-hesitation on take-off, the ‘560 fish-tailed so much that I had to abort the run.

That sort of driving will make a serious dent in the 80L tank and Merc’s claim of 9.5L/100km. My average was at least three litres higher and seeing displays pinned to 20 wasn’t an unusual sight. Other noteworthy numbers include a 530L boot, 5.3m length, 750kg towing capacity and adjustable ground clearance in the region of 150mm.

I’m sure there are competitors with similar features or comparable performance at this price (from ZAR 2.14 million) but most of them won’t match the giant Mercedes sedan’s competence, excellence and poise. Three attributes which define, attract and consume any natural leader.