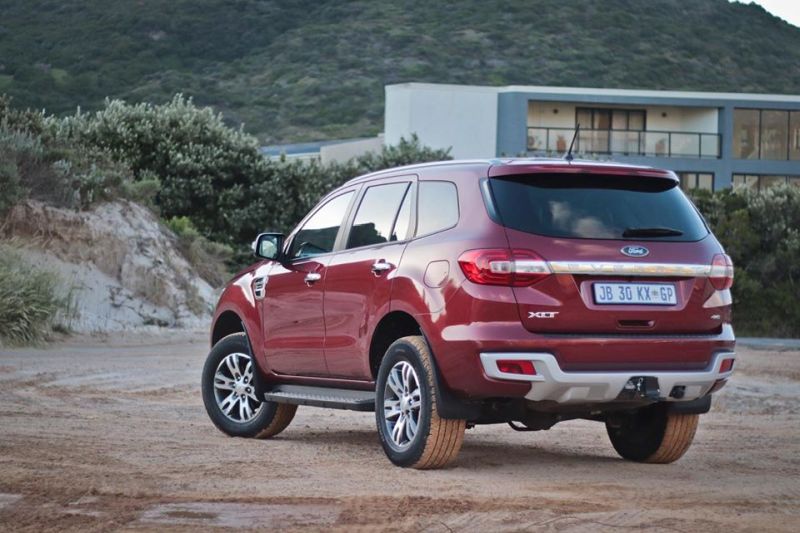 Shortly after we tested the new Ford Ranger Wildtrak 2.0 Biturbo, we found the new Everest in our driveway. With the same engine and gearbox combination, how did it compare with the Wildtrak?

Much like our previous tests, almost two years ago, we very much came to the same conclusion again. While the 2.0 liter bi-turbo engine has been updated to a 157kW and 500Nm, 10-speed automatic unit, the Wildtrak adapts well to this configuration, while the Everest is looking for a bit more to accompany its (ironically lighter) 3100kg weight.

Our route with the Everest also differed drastically from the Wildtrak. Whereas we mostly drove around in urban spaces with the Wildtrak, the Everest took us along long and trenched out open roads (about 600km). Yet, the Everest gave us a higher fuel consumption of just under 10 liters per 100km. In all regards, this is still a very good fuel economy, considering the enormity of this 7-seater SUV.

More to come was that the 10-speed automatic gearbox struggled much more than in the Wildtrak. Whereas gear changes were seamless in the bakkie, the Everest struggled to decide in which gears it should be. A heavy wind along the southern cape coastline also did not make for a pleasant and stable drive.

However, much like the previous model, the new Everest becomes quite comfortable on gravel roads. Considering that the Everest XLT has a ground clearance of 237mm, it can easily manage a rocky or muddy road.

While the Everest helped us at one point to fit five adults and luggage (2010 litres available with the second and third rows folded down), we would have strongly preferred to rather drive the Wildtrak as it was much more stable and oddly enough, more comfortable (even though the Everest had coil springs with Watt links).

Again, Ford proved themselves this year as we truly enjoyed the Ranger range, Kuga range as well as its smaller hatchbacks. Yet, we struggled to truly enjoy the Everest.

During our previous Everest test, the 3.2 litre version tended to quiet us down and we hope that this will be the same with the new range.