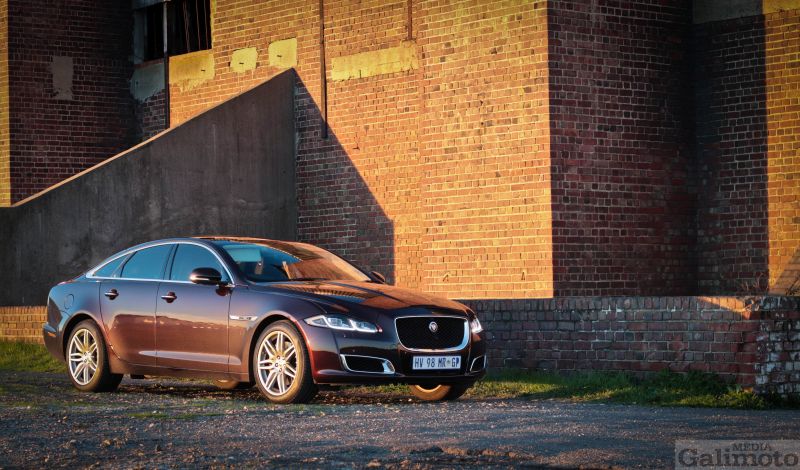 Many years ago, special and limited editions were all the automotive rage. Where most nations have moved on, the U.K. got stuck on Special Editions so badly that it’s almost impossible to purchase a non-SE automobile. Even high-end stuff like this Jaguar XJ get the treatment, although this XJ50 model is rather more bespoke than a 320d SE…

Upon first hearing its name, I immediately thought this was some fire-breathing 5.0 supercharged V8 monster. Imagine my disappointment when I learnt that all XJ50 models (available in short/normal or long wheelbase) are powered by Jaguar Land-Rover’s 3-litre turbo-diesel V6. Admittedly, it’s a great motor.

Nope, that “50” indicates the age of Jaguar’s flagship range with the original XJ having made its debut in 1968 at the Paris Motor Show. Back then, Jag was already promising things like “beauty, poise and performance” from its biggest sedan and this certainly never changed in nine generations.

Case in point, up to the turn of our new millennium, there was always a V12 model lurking in the price list.

It’s now common knowledge that Jaguar (and Land Rover) were sold to the Indian TATA Corporation who – thankfully – left the brands’ ethos alone and simply injected that much-needed cash flow. What resulted was a range of automobiles which have firmly shoved both marques into the 21st century with stylish and efficient products.

This XJ model was no exception when it was revealed around 2010 and whereas I struggled to get used to its proportions – especially the rear ¾ views – it has stood the test of time with mild tweaks and subtle upgrades to its highly distinctive and feline shape. Mee-ow. Find some of my earlier reviews by clicking here.

Those texts will tell you all about the retina-burning brake lights and its wood-rimmed cockpit cocoon complete with kitsch clock. Notable differences between previous press demonstrators and this car were a slightly shinier key fob, updated infotainment screen and the many XJ50-specific trim items.

These include, in no particular order, its gigantic 19-inch alloy wheels, Autobiography bumpers, black radiator grille, diamond-quilted leather seats, plenty of XJ50 badges and this Rosello Red exterior paint. Under the bright African sun it looks more like metallic purple while a parking garage or overcast day will change its hue to a red-ish black.

The rest, which includes any automated or powered luxury item, is included in the purchase price. This is a good thing because the XJ50 short wheelbase as tested here will set you back… gulp… umm, at least 1.8 million bucks.  In all fairness, a standard BMW 730Ld costs 1.67 mill’ and a Mercedes S350d L around 1.72 big ones.

Audi doesn’t list A8 prices and Lexus? They want two bar for an LS500… which explains why they only have second-hand appeal.

Anyway. Back to this Jaguar and not much has changed since I last piloted one, which means that its considerable heft and dimensions only beg caution when manoeuvring in tight spaces. On the open road and through curvaceous tarmac, the XJ50 denies its size with dexterous handling and light-footed responses to all driving controls.

Powering all of this is that aforementioned 221kW (300hp) 3.0 turbocharged V6 and equally smooth eight-speed automatic gearbox. Even with up to 700Nm going to the rear wheels, progress is always sophisticated and predictable, it takes rather harsh (and unbecoming) treatment to unsettle the big cat.

Sadly, XJ50 not only marks five decades of the large Jaguar saloon car but also an end to this range as we know it. Jaguar’s future plans focus on electrification and, much like its direct rivals, the British brand is shying away from diminishing market segments; like large sedans.

I certainly don’t blame them but as a big sedan fan – literally and figuratively – I shall miss the large saloon car from Britain.