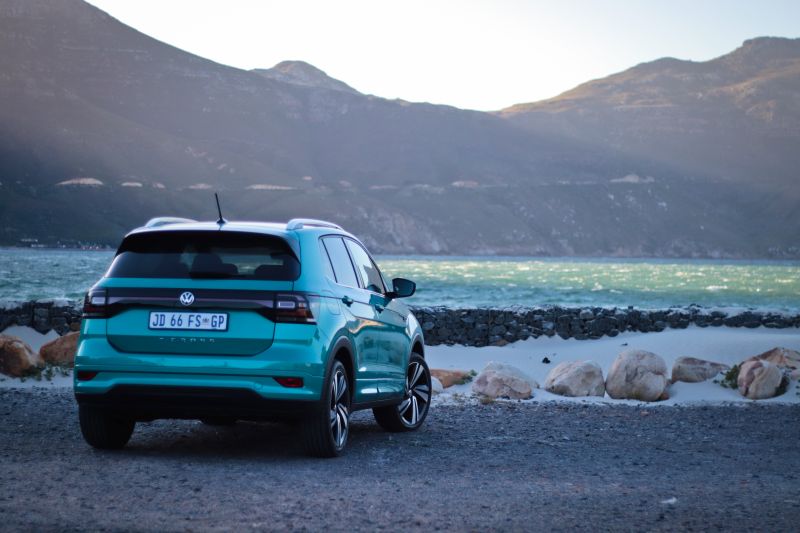 Just short of two months after its national launch, the new Volkswagen T-Cross not only became Volkswagens best selling SUV and third-highest selling vehicle, but it also became the fifth highest selling passenger vehicle in Southern Africa. Shortly after this announcement, we took the new R-Line model for a spin to see what all the fuss was about.

Well, we actually already knew, having tested the model range on its national launch in both the Western- and Eastern Cape. Truth be told, we did think that it would be great seller, yet at the expense of Volkswagens’ other vehicles, namely the Polo Vivo and the Polo itself.

With the statistics shortly thereafter released, it immediately became apparent that the Polo Vivo and Polo not only held onto their top-2 best-selling market share in Southern Africa, but that more buyers were turning to Volkswagen, meaning that the German brand held a healthy 22% market share in October.

Many stated the T-Cross as being a last-minute dash from the manufacturer to enter the small SUV market. However, critics were clearly wrong as the T-Cross soon became the top-seller, pushing other manufacturers to join the small-suv market in a space of 2 months.

Clearly doing their market research, the brand saw the need for (mostly) growing- and young families to purchase a spacious, yet small urban vehicle, with more ground clearance to not only tackle the odd gravel road during the weekend, but to also feel safer in town.

Secondly, equipped with the same 1.0 litre turbocharged (3 cylinder) engine, found in the new Polo, the T-Cross is no slouch. Apart from the 300km from Knysna to Port Elizabeth, as well as up the iconic Simola hill, we took the T-Cross over a distance of 600km in the Western Cape to test its comfort and ease of use.

Standing 123mm higher and 182mm longer than the normal Polo, the new T-Cross can carry 455 litres (1281 litres with the rear seats folded down) of luggage, as well as giving the rear passengers about 10mm more legroom than the Polo.

And no… this certainly does not mean that the T-Cross is much slower than the Polo. Its 85kW and 200 Nm (between 2000 -3500 rpm) is well equipped to run through its 7-speed DSG gearbox without hesitation. Packed for a weekend away, the T-Cross performed well on the open road, not having the normal SUV-like problems of swaying in the wind. Our combined fuel consumption also matched the figures of Volkswagen itself, at 6.2 litres per 100km. Put more pressure on the right pedal, and the average might go up with another 0.7 liters per 100km.

However, should you wish for a faster package, or even a cheaper option; Volkswagen is planning on bringing the quicker 1.5 T-Cross R (110 kW) as well as the entry level T-Cross Trendline (under R300 000 and with 70kW) over from South-America in early 2020.

Why should I go for the T-Cross, when there are so many other similar options on the market?

This is the exact question, I recently had to address as the individual referred to the T-Cross as being bland and predictable. “I would much rather go for the ‘X model’ (and ironically, most of the readers might guess the model name) as it is much more interesting and vibey.”

Apart from almost immediately leaving the conversation, I felt it necessary to throw a few facts onto the table.

Yes, your “vibey” model might be cute… but, can it withstand the highway wind with ease? Does it have a five star Euro NCAP rating and does it feature standard equipment like park-distance control, cruise control, wireless mobile charging, dual climate control, LED headlights, a 7” infotainment screen featuring AppleCar Play / Android Auto as well as quite astonishing gravel-road control and comfort (taking into account that this is a two-wheel drive small SUV)?

Secondly, ‘predictability’ is the one thing you would like to have when challenged on a gravel road or in high-speed wind. Stability control is maybe the biggest asset of the new T-Cross.

I might continue for quite a while here, so let’s cut it short…

Apart from not being AWD, the new T-Cross may just have revolutionised the small-SUV segment, hence its magnificent sales in only its second month on South-African soil.

These will be the prices:

*Disclaimer: I am in no way a Volkswagen representative or sales person. The T-Cross did, however, really impress us.