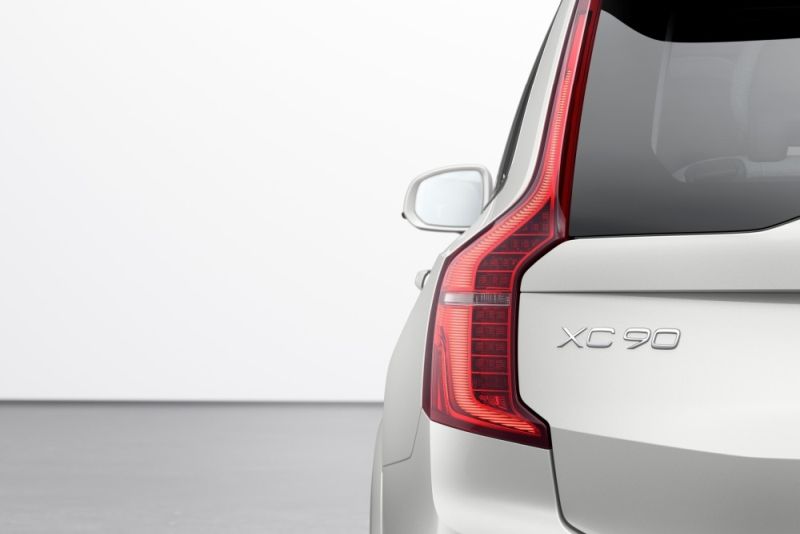 Are you in the market for an SUV? Statistically, you certainly should be. Realistically, if size and price aren’t of great concern to you, I highly recommend you narrow in on the big seven-seater Volvo XC90.

It’s been around for a while, the Volvo XC90. The previous generation was a bit more rounded yet found a lot of fans for its Swedish style, efficient mechanicals and extra seating capacity. My ex neighbour’s neighbour has one. Mark. Great guy.

Not wanting to be left behind in a world of Q9’s and X8’s, this current generation stunned the world a few years ago with its razor-sharp looks, extra tech, additional space and improved drive trains. Believe it or not, these three-row behemoths are all powered by a range of two-litre engines; with highly impressive outputs.

Using every imaginable induction aid from turbo- and super-chargers to clever injectors and even compressed air, your choice boils down to how much clout you’d like from a diesel or petrol. This T6 model actually uses turbo and supercharger power to seamlessly deliver up to 235kW (320hp) or 400Nm.

A few years ago you’d only get that from AMG’s and such like.

Remember, that’s from a 2L engine… and the modern madness continues with all four wheels being (intelligently) driven via an equally brainy eight-speed automatic gearbox. Volvo says that this 1,995kg beast should hit 100km/h in 6.5 seconds and go on to at least 230km/h. While we didn’t officially measure either of those claims, they sound plausible.

Average fuel consumption is claimed at 8L/100km but – as you’d expect – we used at least three more. That’s still tolerable considering the car’s girth and heft; it’s even more impressive once I admit that we hardly did any steady cruising but instead subjected this white press demonstrator to a lot of start-stop city traffic.

It’s exactly here, between school crossings and business parks, where the Volvo trades the odd negatives for some plus points. Everyone’s opinions and tastes are different – even between our seasoned testers – so I’ll let you be the judge of how important the following issues might be to you.

For starters, the XC90 cabin is an oasis of luxury. It’s quiet, very spacious and extremely comfortable. As long as you treat the far rear seats as temporary furniture, everyone and everything will be well catered for in this Volvo. All materials, finishes, carpeting, textures, you name it – is worthy of this SUV’s R1.2 million price tag.

Over the years I’ve gotten used to Volvo’s upright ipad infotainment system but my parents (who were supremely interested in this car) approached the unit with slight trepidation. And while I found the digital instrument cluster to be a bit limited, I will point out that I also dislike cars which have too many display options…

Quite a few people, especially in rural Namibia, will tell you that this car’s 19-inch wheels and low-profile, high-speed, semi-offroad tyres will be a nightmare to source. They have a very valid point but the XC90 doesn’t come with 265 BF Goodrich bakkie wheels; because it would look incomprehensibly stupid with them.

Yup, this is a city slicker SUV and I would recommend not braving any more than some dirt or farm roads. On the upside, the ride is astonishingly smooth for a large car with such naff wheels. Spirited cornering sees considerably body roll but everything is well contained by clever air suspension and a genius electronic stability control.

On the downside, its city credentials are tailored for Dallas or Keetmans, places with wide boulevards and generous dimensions between opposing pavements. Although its turning radius is better than Volvos-of-old, any tight medieval village streets or stingy multi-story parkades are a sweat-inducing ‘mare in this big SUV.

It’s got parking sensors (and optional cameras or parking pilots) because it would sometimes be un-park-able without them. Swipe and tap on that aforementioned ipad display to turn them on or off because – trust me – they can be a big help or complete nuisance when you’re elbowing an XC90 in or out of a single garage.

Oh, did I mention the semi-autonomous driving and other automated gadgets yet? What about the delicious audio system with concert hall settings? Adaptive headlights? No? Too bad, because I’m running out of space and thus heartily recommend that you swing by your nearest Volvo dealership to discover these and more amazing XC90 features.

Take the family, bring some friends but be sure to pile ‘em high in this sumptuous and safe SUV because that’s what it’s best at – moving lots of people around in utter safety and luxury. A bit of off-roading shouldn’t be a problem either as long as you watch that metallic paint and the R5,000 apiece tyres.