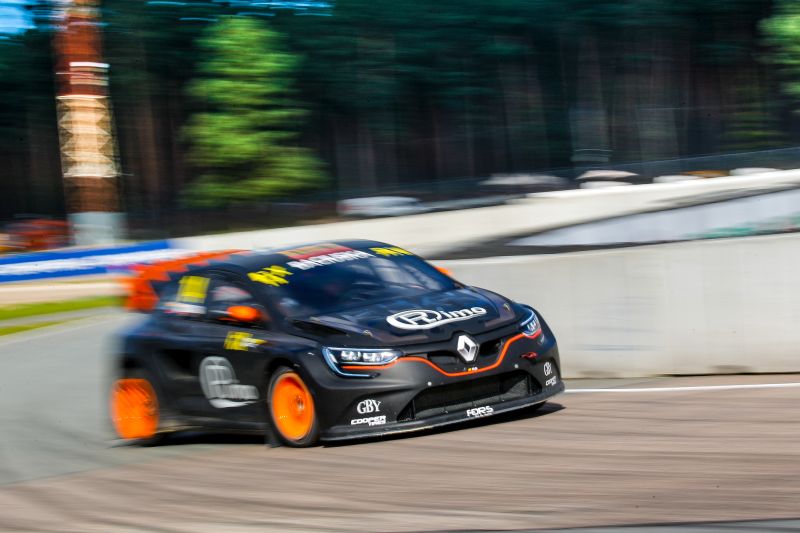 Hosting the last round of the FIA World Rallycross Championship for a third time in a row, the Killarney International Raceway will again erupt with the thundering sounds of the WRX Supercars in November. Yet, the 2019 round will be completely different.

During the last two years, Johan Kristoffersson (PSRX Volkswagen) came to Cape Town as the clear favourite. Such was his and the teams’ domination that Kristoffersson grabbed the 2017and 2018 titles with two rounds to go. Winning 45% (2017) and 91% (2018) of all the races as the teams headed for Killarney, only slight chances remained for someone else to take the top step in Cape Town.

Before the start of the 2019, panic rose as many thought the championship might fade. With PSRX, EKS, Mattias Ekström, Petter Solberg and Johan Kristoffersson gone, many then saw the 2019 season as one for B-grade racers.

However, if you kept a close eye on the proceedings this year, you will know that this was not to be the case.

The manufacturers were out, but the hunger and passion grew, bringing in more racers and harder work on the cars. This, ultimately, created a winning recipe for a championship which is soon to shed its light on Killarney.

After nine races, Timmy Hansen (MJP Hansen) took over the championship lead after taking his fourth win of the season. Prior to this, Andreas Bakkerud (RX Cartel) took the lead from long standing leader, Kevin Hansen (MJP Hansen).

All this means that only 11 points separates the top-3, while Timmy (Hansen) and Bakkerud are separated by a mere 1 point.

Given that a maximum of 30 points can be scored on every event, there is virtually nothing between these drivers.

For the first time in its three-year history, the FIA World Rallycross Championship will be decided when the final checkered flag drops on Sunday, 10 November 2019.

Can we predict the winner?

Although Timmy Hansen has taken four wins in Barcelona, Great Britain, France and Latvia, other factors are at play.

Hansen is said to like the Killarney track more than Bakkerud, having also finished here in second in 2017. In 2018, he jokered early and was on his way to another potential second place. However, the Peugeot ran into the stricken Polo of Solberg as visibility was poor in the dust.

Bakkerud in turn missed both of the finals during the past two years. However, as we saw in Canada, the RX Cartel (EKS) Audi’s are extremely quick on the straights, an important trademark for Killarney.

Kevin Hansen went into both South-African finals, however failed to finish the final in 2017 and finished fourth in 2018. With the added maturity and knowledge this year, we can expect Kevin to also be at the forefront.

Ok, so one of these three can win the championship. Can anyone else still win the race?

Six racers have already taken the top step this year and the teams will be hungry to add their names on the 2019 list. With the competition being so close, expect no one to back off for the final win of the season.

Janis Baumanis (STARD) has been an ever-present figure in the race results. Also being fond of the Killarney track, Baumanis took the second heat win in 2017. With a much quicker package, compared to the 2019 pack, don’t take the Latvian out of the equation.

Perhaps the team with the most growth this year and also the most cars, Guerlain Chicherit Kompetition will hopefully again field a few Meganes, while Cyril Raymond and Guilaume de Ridder will race in Clios.

Rokas Baciuska and Anton Marklund are perhaps the strongest competitors for GCK. Marklund will be eager to take revenge on his win that was taken away earlier this year, while Baciuska has been the overnight TQ for the past two events and will be hungry to yet again do the same in Cape Town.

GRX will come to Killarney with strong ambition. Both Timur Timerzyanov and Niclas Grönholm have won a race this year and also carries a wealth of knowledge of the Cape Town circuit. Don’t discount this pair from the potential winning procedures.

I need to buy tickets!

Easy, just head over to Quicket.co.za to find your tickets for 9 and 10 November: https://www.quicket.co.za/events/70540-fia-world-rallycross-of-south-africa/#/

Do not miss this!