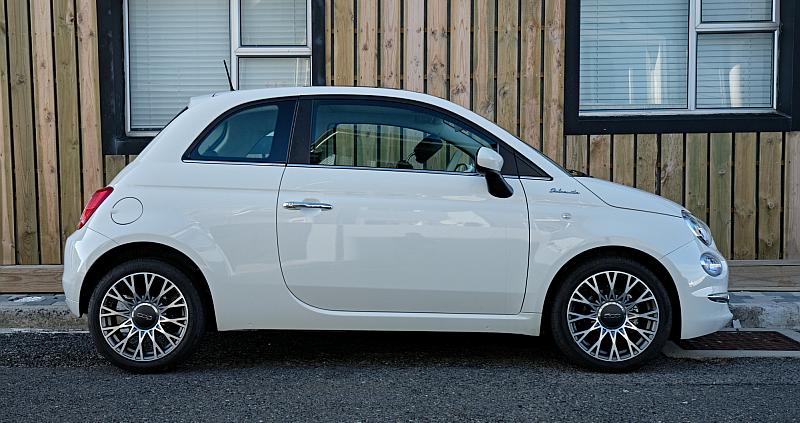 Are you comfortable in your own skin and/or don’t give a hoot about the opinions of others? Oh good, because I just tested an amazing little car.

Southern Africans, especially Namibians, have strong opinions about other people’s cars. BMW’s are for snobs, Gti’s are wannabe Golf R’s, Cruisers are tough farming vehicles and anything with less than 2L of engine capacity isn’t even worth bothering about. Or worse still, meant for that women-folk or outjies behaving like vroutjies.

Let’s get one thing straight (pardon the pun). I don’t give a friggin’ frikkadel who you fancy or what you do in the privacy of your own four walls… but I am often fascinated by the reasons why someone chooses or rejects a car because – based on years of experience – they can range from pure rationality to insane absurdities.

Pure rationale will probably get you a white diesel Fortuner while the flipside (or absurd choices) are basically endless. I once witnessed a tannie recoil in sheer horror at the shape of a new car’s outer mirrors. I’ve witnessed a granny in a Honda S2000 because she loved the seats, chatted with artists in dilapidated Landies, and once met a French goddess who drove a Nissan Tiida.

So. If you’re of the same ilk, the one that doesn’t care about society’s prejudices concerning motor vehicles, you have-to have-to have-to take a test-drive in the new Fiat 500. Because it’s cute and stylish. Fun to drive. It made me grin a lot, and, how’s this for a statement… it made me look forward to mundane trips around town.

Highway commuting, not so much. That’s simply because of the car’s diminutive size and teeny-tiny engine, which means that it feels a bit under-powered when you need to pick up the pace. Other than that, it actually feels quite grown up and planted at cruising speeds, or the aforementioned town work.

And how’s this for another idiotic prejudice: most onlookers dismiss small city cars as unsafe because they erroneously equate size with strength. Me drive beeeg 4×4, me have huge bulbar, me survive accident. What this Neanderthal reasoning omits is that city cars are much, much better at avoiding accidents.

How? Because they’re more agile and can dance around potential danger. And when they do – unlike a top-heavy dinosaur with woo-woo Mud Terrains – they won’t fall over at the mere thought of a double or triple lane change. And last but not least, being a modern city car, they’re even relatively safe in a head-on collision.

D’you know what else it has? Magnetic attraction to anyone who’s even slightly interested in quirky or beautiful things. My colleagues and I witnessed multiple times how someone would either glance at our Gelato White test car, approach it for a clandestine inspection or blatantly accost its occupants to get a guided tour.

Whereupon they would learn that no, you don’t get a lot of metal for your money and yes, it’s exactly as nippy as you expect it to be. A word of caution about this model though: the “TwinAir” 0.9 turbo-petrol 2-cylinder (yes, TWO cylinder) engine has only moderate amounts of power and a rather lumpy power delivery.

63kW and 145Nm are perfectly acceptable in a world full of Vivos and Etios’, but the tachometer needle inside this car’s mind-blowing instrument binnacle doesn’t like going near its 5500rpm redline. Further hampering any smooth (or pleasing) increases in momentum is this model’s 5-speed automated manual gearbox.

As far as I can tell, all other Fiat 500’s come with a conventional manual gearbox, and that would be my recommendation if you enjoy spirited driving. Or a more cohesive way of accelerating because this AMT device has a bizarre lever and parking arrangement, rather lethargic gear changes and a fairly infuriating automatic mode.

To me, it was yet another quirk in the car’s interesting character but I can’t stress enough that you should take this Dolce Vita for an extended test-drive if you are unsure about getting an automatic. It’s not actually an automatic. It felt more like a debauched student night where you’re the “DD” and your drunk buddy is operating the gear lever for you.

But back to the chocolate side of this car. As part of the Dolce Vita package, you get a wonderfully light cabin with part-white seats, colour-coded dashboard, a glass roof, many tasty chrome details and a few other luxuries. A reasonably intuitive “Uconnect” media system is included as standard, as are multiple driver and safety aids.

The car’s brochure tells of a two-tone white and grey paint setup but our car was the beloved Saffa straight white. Like a meat lorry. I hope and pray that you’ll be more adventurous than our press fleet and go for hues like Sicilia Orange, Opera Bordeaux, Blue Italy or Portofino Matt Green!

Why? Because that’s what the Fiat 500 deserves. It’s meant to be a funny colour because it’s a little love bubble that will make you (and most observers) smile as you drive through our grey and brown city or village landscapes. And who knows, maybe it’ll briefly raise the mouth corner of a hardened Cruiser driver?