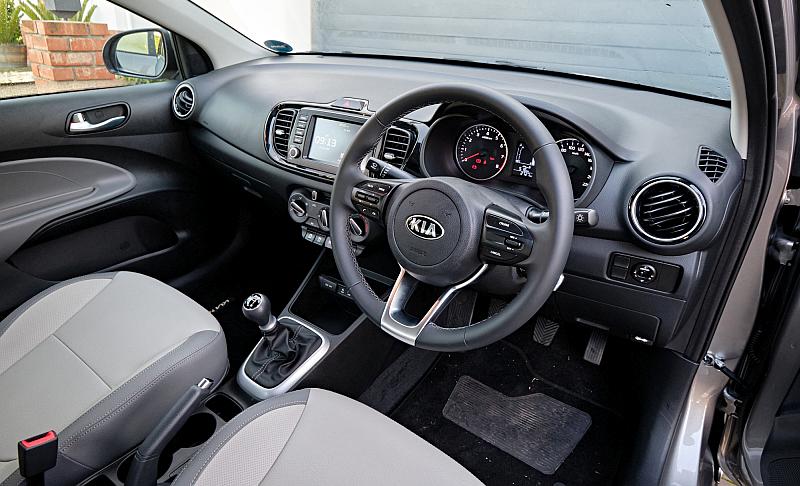 Soaring through the clouds with glistening vortexes from its majestic wings comes the… no, hang on, that sounds stupid. Meet the new Kia Pegas.

The Kia what now?

It never ceases to amaze me how car makers still manage to conjure up half decent-sounding but completely made-up names. My introduction was obviously playing on the flying horse namesake, and while we all commended Kia for this innovative wordplay, it hardly suits an entry-level budget sedan.

Actually, the Pegas is sort-of a Kia Rio with a boot (trunk) welded onto the back. This practise is certainly not a new one and harks back to stuff like the CitiGolf and local Fox sedan; which was so simply done that I often inspected the three-box vehicles for weld or glue marks on their bodies; so rudimentary was the addition of a trunk.

But back to this Korean, which was born for the Chinese market and obviously shares its underpinnings with the current Rio models. Or, as my colleague likes to call it: the Kia ten Rand. Again, I approve of manufacturers who give “booted” derivatives a stand-alone name, because it avoids confusion with their hatchback donors.

In the case of the Pegas, that means it has a transversely-mounted 1.4L “Kappa” in-line four-cylinder petrol engine driving the front wheels through either a 4-speed automatic or 5-speed manual gearbox. Maximum power output? 69kW at 6000rpm. Torque peak? 132Nm around 4000rpm.

And just to state the obvious here: the Rio and Pegas have upmarket style and trim, but downmarket running gear. Well, that’s if you consider tried and tested tech to be boring and less desirable. They have no turbo chargers, no multi-clutch transmissions and hence… no shift paddles, waste-gate chirps or mid-range torque salvos.

No. This is an old-school driving experience, from the straight-forward manual gearbox, easy-to-use clutch, low rpm lethargy but 16-valve eagerness when the tachometer needle approaches the red section of its host’s markings.

Translation: you often have to thrash the little thing to get going.

However. Because I’m quite the fan of naturally-breathing motors – especially near sea level – I made a point of torturing the wee beast by coasting around corners and then flooring it in third gear. Yeah, sure, it took a while for the 1368cc engine to strut its stuff but it never complained… no judders, no jerking and it didn’t bog down.

Eventually I got really cruel and repeated the experiment in fourth gear; which resulted in a longer wait but similarly amazing results. It finally capitulated when I presented it with the same scenario on a small incline, and that’s perfectly understandable. Quite impressive, actually, if you want my motoring journalist opinion.

No doubt thanks to its negligible weight and good gearing ratios, the Kia Pegas 1.4 Manual offers sufficient power in most daily driving environments. Obviously its rpm’s are comparably high at motorway speeds but that’s because they keep the car in its power and torque bands.

Kia gives no 0-100 performance figures; but we do. Our best of two runs resulted in 10.67 seconds with the quarter mile flying by in 17.47 seconds and 80.8mph. Our traditional once-off emergency brake test from 100km/h took 3.39 seconds and 44.77 seconds. These are slightly sub-par levels which, as always, I’ll put down to the budget Nexen tyres.

Something that’s decidedly non-budget is the car’s cabin. Any observer will find hard plastics or the odd rough texture but I found great delight in the two-tone grey pleather seats, white contrast seams, many chrome rings and chrome switchgear accents, bright and crisp gauge cluster, plus a modern and easy-to-operate media system.

Now throw in 12V / USB / Aux sockets between multiple storage trays, add two cup holders and plenty of other hidey holes, slap loads of buttons (including cruise control) onto the snazzy steering wheel and the Pegas offers a pleasant cabin for most discerning customers.

Umm, You’ll have to get used to the unusual position and operation of the four power window switches, plus some people may wish for climate control… to which I can add that the manual A/C controls in this car work just fine. Passenger space is obviously acceptable for this class of car with enough room for four medium-sized adults.

Aha – you may think – so it’s the perfect Uber car! While that’s not an unreasonable assumption, especially for the cheaper LX model, I think this Kia Pegas is a little too nice for cheap air fresheners, maximum window tint and grumpy teenage pax. It certainly feels more classy and tech-savvy than your average taxi cab.