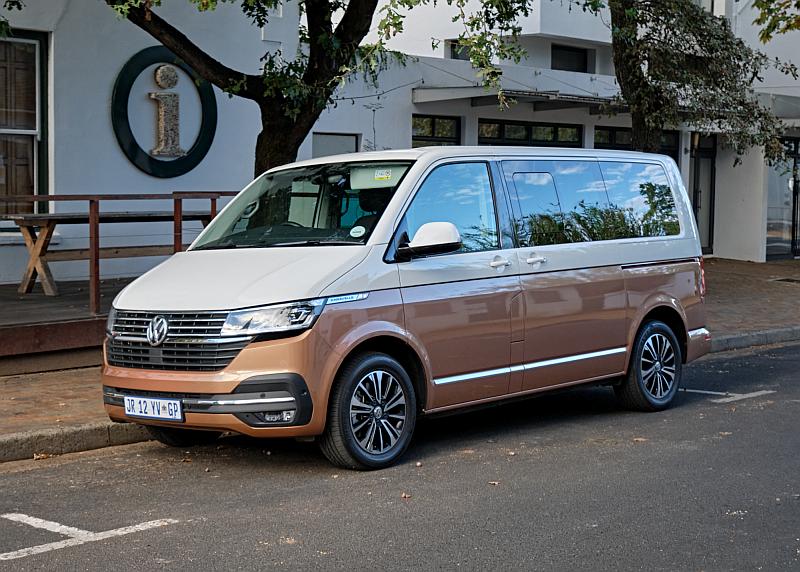 This… is one of the toughest reviews I’ve ever had to write. What started out as a bunch of small niggles eventually became a torrent of hated irritations and unbelievable faux-pas from one of my favourite cars… the Volkswagen Kombi / Caravelle.

Before I launch into a spitting rant, I need to stress that most of my findings were substantiated by colleagues and passengers. Sure, everyone experienced the car’s shortcomings in varying degrees but there were some that are inexcusable… so I’ve decided to list them in descending severity.

This is a direct quote from my female colleague who barged through the door, held this Volkswagen’s key up to my nose and blurted out the exact phrase: “that effing gearbox!” I was mildly relieved by this justification of the frustrations I’ve often experienced with Volkswagen’s DSG (dual-clutch automated manual gearbox).

Because there’s essentially a robot changing gears for you, its operation is never as smooth as a spongy old torque-convertor auto, or as predictable as operating the clutch yourself. Sure, it can swap cogs faster than you can blink and it’s absolutely stunning in a GTi on a mountain pass but I don’t own a GTi. Or live on a mountain pass.

I live in hilly suburbia and the big bus body isn’t easily persuaded to move by the 2L in-line 4-cylinder turbo-diesel’s might. It may provide up to 146kW or 450Nm for the twin clutches to work with but the result is lethargic, jerky or downright dangerous. Add the car’s vicious start/stop system to the mix and it becomes potentially lethal.

We’re not joking here, human lives may be at stake. Time and again we would try to cross a road / junction and the 2200kg behemoth just wouldn’t respond. I tested this scenario in a safer environment – note, without the bothersome auto-stop system – by coasting around a 90° corner at 30km/h and then flooring the accelerator.

Do you know how long it took before I got any forward momentum? Two-and-a-half seconds.

Now add another two-or-so seconds for the start/stop system and you can see why driving a new T6.1 Caravelle in heavy traffic is a matter of life or death. Point it into the wrong gap or, heaven forbid, try to cross a fast-moving highway and you might just wake up on a fluffy cloud with a harp in your hand.

And before you counter by saying that it’s better on the move, I have to point out that its maker programmed this transmission to shift up as quickly as possible; to save fuel and EU-regulated emissions. That means it’s usually pottering around just above idle (i.e. out of its torque band) and is very sluggish when trodden on.

Next in my review crosshairs is the Caravelle’s large and fairly snazzy dashboard. Our test vehicle had crisp digital instruments and a big infotainment screen which at least left a bit of room for central air vents; unlike in that other epic VW fail, the new Touareg. But just like in that monstrosity, this MPV’s one has no volume knob.

Why? Because, umm, I don’t know actually. Why WOULD you remove the volume knob? Because one quick twist is not as much fun as press-press-pressing a moving target while piloting a two-ton brick with severe launch issues? The mind boggles. VW’s board must’ve been on holiday when this vehicle was signed off.

Don’t believe me? If you adjust the prevailing audio settings, there’s no way of exiting the bass/treble & Co. screen. Nope. No little cross, no back arrow which you have to aim for while finally lurching across the path of a speeding lorry. VW provides a HOME and MENU button but it takes at least two more clicks to return to whence you came.

If you want a designated space for your mobile phone, you have to choose one of a few hard-plastic lined binnacles strewn across the front of the cabin. These will make their contents scrape around as you finally panic-launch across a busy intersection; or they’ll rattle all contents to the bass frequency of your chosen music. Whose menu you’re stuck in.

The front doors have one soft rubber-lined pocket each but my phone was the perfect width to wedge itself in there forever. Cup holders? There are two, one each on the extreme left and right top of the dashboard which meant that, if I bought an extra coffee for my wife, I’d have to do yoga to safely transport it.

And so, I would often just hold them (while rocketing into oncoming traffic at a junction) because my cup holder was occupied by my phone. I did locate a little recess to the right of the instrument cluster but found that it was too small to hold anything and, if you left the driver’s window open, there was a fair chance of its content sliding out of the moving car.

So the driver’s door is not only a perfect launch pad for dashboard items, it also has most of its window controls arranged horizontally on the very top of the door card. Perfect for collecting rain, dust and anything else that may come through a window. In fairness though, other brands also make this mistake.

Another colleague of mine bemoaned the front door’s interior grab handles which were not only small in size but also at a fairly odd position. I hardly noticed this problem because I instinctively (but erroneously) grabbed whatever pocket / card piece of the door was nearest to me at the time. Surely a looming disaster.

The rear tailgate is extremely large so great caution should be exercised as to when and where you open it. Again, to be fair, other luxo-buses suffer from the same issue, yet none of them use a confusing set of icons on their key fob to illustrate a multi-stage unlocking procedure: the tailgate button is actually the unlock button.

Seeing that I’m heading for 1,000 words of misery at this stage, I think it’s best that I quickly drizzle some chocolate over this stinker of a review. The new Caravelle looks very stylish and on-brand; especially with those snazzy headlights and a well-chosen two-tone paint job like our press vehicle’s Candy White with Copper Bronze combination.

A chatty group of ladies at my local coffee hang-out were rapturous about the beauty of this half-golden hue while my Dad dismissed it as something that came out of the wrong end of a baby. I really didn’t mind it, and although I’d usually complain about black leather, in this application it’s severely practical and well stitched together!

Performance is OK for a bus, Volkswagen claims 0-100km/h in 10.3 seconds for this model and our best result was an impressive 9.88 seconds. Top speed is claimed to be just shy of 200km/h while the alleged average diesel use of 8.2L/100km from the 80L tank seems plausible on an open road. Add about 25% for slow town driving.

More great features include the excellent headlights (with a wide horizontal beam on full main beam or “brights”), powered sliding doors, turny middle seats with clever table, as well as a simply superb turning radius. A single emergency brake test from 100km/h was absolved in just 3.1 seconds and excellent 38.76 metres.

The new VW Caravelle costs roughly 1.1 million bucks with more power and toys than the cheaper Koreans but less street cred than its nearest German rival. If you buy a brand-new one, the dealer will activate a 3-year/120,000km warranty and 5-year/60,000km maintenance plan.

To sum up, this svelte van has all the right ingredients but I found them difficult or impossible to digest. In my grumpy opinion, there are a few solid deal-breakers in this vehicle but if you can somehow live with extreme drive-train delays and severe ergonomic challenges, this new model might just be of interest to you.