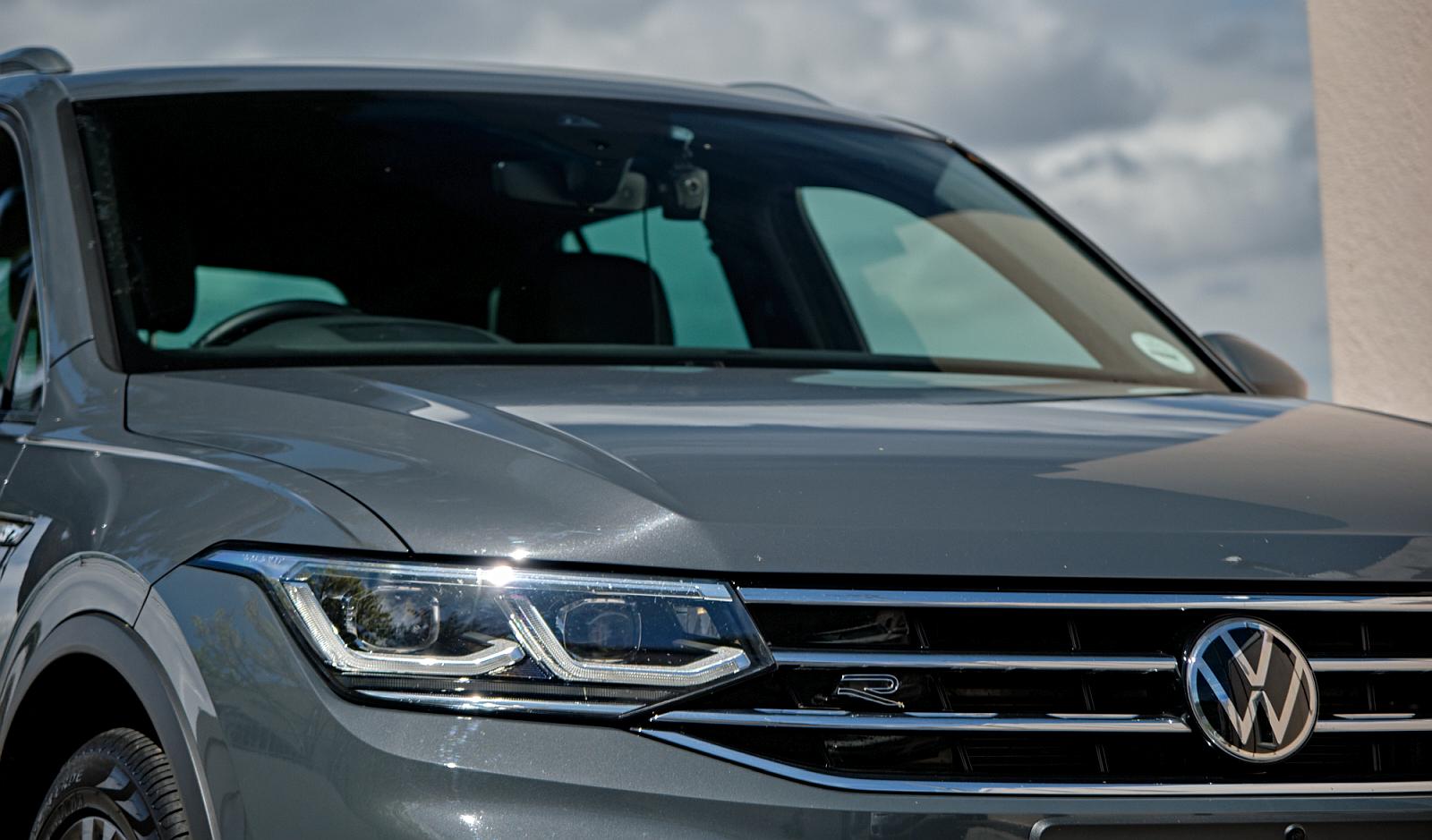 How handsome is the car on this page, hey? Look at its chiselled jaw, those sparkling eyes and the functional interior… but is it any good to drive?

The short answer, in protest of American click-bait nonsense, is yes. I have one or two personal gripes but will get to those in detail later. For now, I’d like to commit a paragraph or four to the stylish presence of this 2021 Volkswagen 1.4 TSi (110kW) R-Line 6-speed DSG in Dolphin Grey Metallic.

I’ll put my hand up immediately and admit that this cold, almost flat hue gave the car an extra degree of style in my eyes; and it suited these gunmetal alloy wheels. It also helped with pointing out the tasteful bright-work like the chrome-lipped grill (which flows into the stylized headlights), and chrome piping on the window lines, flanks and both bumpers.

The back of this vehicle features a few design oddities which include very attractive rear light clusters with swoopy indicators, a chunky but integrated roof spoiler, one continuous chrome strip and rear reflector in the bumper, plus two large double-flute fake exhaust pipes.

Only the last bit is a bit garish or O.T.T. for what is essentially a 1.4L compact SUV.

I find it increasingly difficult to describe modern vehicle interiors because it feels like I’ve used and abused every imaginable instance of the terms stylish, modern and cohesive. The Tiguan is no different, as its cockpit is a well-thought-out place dripping with delectable design and trendy tech.

Also, as is now customary with any upmarket vehicle, most information bearers are completely digital; while the majority of control devices have morphed into touch-sensitive areas. This is a bit of a double-edged sword for me, as I delight in the crispness and menu depths of a screen-based cockpit but also find them irritating at times.

One example is that you can customise a lot of the gauge cluster to your liking but – just like in other German brands – there is the O.C.D. nightmare possibility of displaying your fuel range in at least three different locations. How bizarre. How unnecessary.

Next in my personal crosshairs is the evil contemporary trend of removing physical volume knobs from new car cabins. You know what I’m talking about, ye-olde twisty turny knob, right? It was an elegantly simple interface whose ferocious efficiency is only missed once you realise that you can’t change any audio volume in one quick motion anymore…

So there you are, in the middle of suburbia with a fellow parent hooting at you for holding up the Kindergarten queue. Why? Because the toddler is in full meltdown mode, your phone has once again rejected the car’s Bluetooth (phone’s problem, not the car’s) and you need to tap-tap-tap a screen to shut the news reader up…

This is all completely hypothetical, of course. And yes, I can hear you yelling at your screen, there is a mute or power button and some more audio controls on the rather attractive steering wheel. Except that some car manufacturers have decided that those should also be touch-sensitive… on a moving steering wheel. Where people fidget while driving.

Have car designers lost their minds?

To be completely honest, it’s not a deal-breaker for me, but it is a mild irritation which would have me looking at a lesser model (or brand) where I can rest assured that re-positioning my hands on the wheel won’t suddenly and unexpectedly end me up on the receiving end of an Afrikaans gospel choir.

But enough of that, let’s rather chat about the way this car drives. I’ve always gone on record as the world’s biggest DSG hater because these wretched double-clutch automated manual transmissions may be able to swap cogs in 0.00002 split nanoseconds on a mountain pass but will crash into your neighbour’s Prado while reverse-uphill parking…

Well, good news: in my vast experience with this VWAG product I’ve often observed that they tend to get better (i.e. more responsive) in direct relation to the engine size because small engines like this 1.4L in-line four-cylinder turbo-petrol motor lack beefy torque in their low/er rpm range.

While I still observed the odd uncouth start or 30km/h kick-down hesitation, the gearbox in this car has certainly been taught exceptional manners and does a stellar job of exploiting its host’s potential. I would highly recommend using the drive-train’s response modes to dial in your preferred driving style.

The mother-ship also removed the usual seventh cog from this device because its 1,395cc power source needs to be kept on song as much as possible. Peak torque of 250Nm appears around the usual 1,500rpm but the comparably humble maximum power of 110kW (150hp) is only ready at a dizzy 5,000rpm.

Surely it wasn’t as simple as that but we should appreciate how VW has synchronized all these down-sized and high-efficiency apparatuses to a level where they deliver impressive results. Observe: this vehicle’s maximum speed is claimed at 200km/h while 0-100km/h should take 9.2 seconds.

Perhaps as gratitude for my newfound respect, this unit returned a best figure of just 8.61 seconds on our Racelogic PerformanceBox. Translated into plain English, that means this Tiguan can merge onto highways, change lanes or overtake with relative ease while using a claimed average of 7.7L/100km from its sizable 58L tank.

More notes I made were of the fairly hard but long-distance friendly furniture, 40/20/40 split rear seats, 520L boot area, excellent headlights and well-defined (optional) sound system. Then there’s the obligatory modern SUV ride of acceptable damping with a hint of unnecessary harshness due to the 255/45R19 tyres fitted here.

I would pin this car’s excellent acceleration potential to the make and type of tyre: Pirelli Scorpion Verde, a road-biased SUV rubber. Braking prowess was sub-par at 3.96 seconds and 45.26m from 100km/h but vicious cornering produced good grip levels and – eventually – a determined ESP intervention.

Perfect for this type of vehicle.

To sum up, the new Volkswagen Tiguan is pretty much perfect. Yeah, I had a few gripes with it but this compact SUV’s popularity (also among the NamWheels team) is testament to the winning recipe of looks, spec, power, space, comfort, efficiency safety, features and dealer network. This 1.4 R-Line model currently retails for around R670,000.