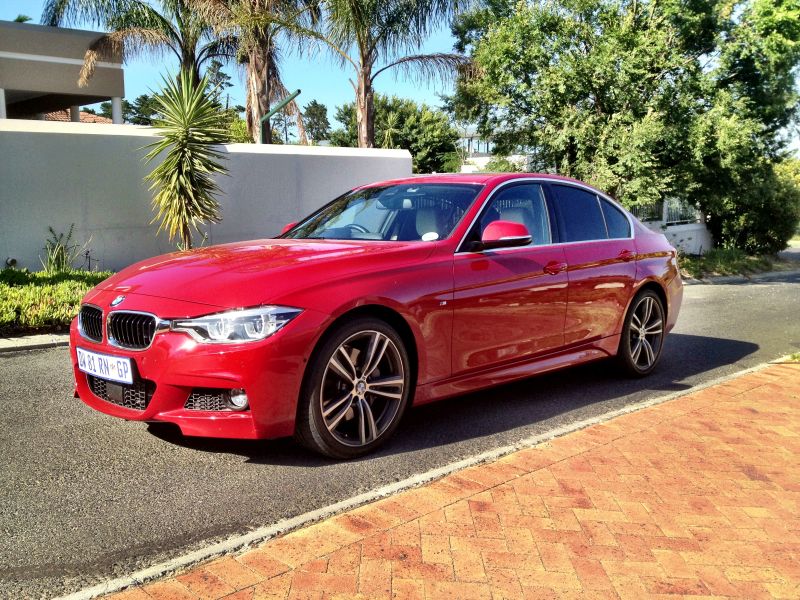 Over the years I’ve made some conclusions about cars and I’m more than happy to share one of them with you now. If you’re after a performance car, run your finger to the most powerful end of a showroom price list and slide it down one notch. That’s right, don’t buy a BMW M3. Buy a 340i.

The same is true for big Jags, diesel Volvos, most double-cabs and AMG Mercs. Even the humble Volkswagen Golf proves my point as the Golf R is expensive, hard and – dare I type it – too fast. The lesser GTi is far more balanced and feels like one of those performance cars which have just the right amount of power.

To get back to the metallic BMW 340i that was delivered to us recently, it follows this example by lending its amazing engine to the top model. That incredible 2,998cc turbo-petrol straight six not only drowns in international awards, it also took residence under the new M3’s bonnet; albeit in highly modified form.

This author still bemoans the loss of its naturally-breathing counterpart (think 330i) but mere minutes behind the helm of this version will crush any withdrawal symptoms. My notes speak of fantastic power, fizzy BMW six-cylinder noises, negligible turbo hesitation and amazing torque with two exclamation marks.

Up to 240kW or 450Nm are available via a highly-responsive eight-speed automatic sports gearbox with shift paddles and drive selection. Last-named ranges from the lethargic ECO Pro over a well-balanced Comfort mode to edgy Sport and Sport Plus settings; with reduced ESP, rude gear shifts and even more rude exhaust noises.

In case you still don’t believe me that this is a good M3 substitute, we engaged the car’s launch control and repeatedly recorded 0-100km/h in 4.9 seconds and 400m in 13-odd seconds. That’s faster than some older M3’s and AMG’s, also giving any hot hatch or performance sedan something to think about at the lights.

Not that many punters will be stupid enough to take you on, especially if your 340i is fitted with the M Pack; as our test car was. The big rims and bumpers, wide tyres and twin exhaust pipes not only give your game away but also equip the car with a rather firm ride that’s probably necessary in a fast car like this.

Happily, this car’s direct steering and brakes were also up to the task of occasional performance driving. BMW claims average fuel use of 6.5L/100km and we got an admirable 10,5 when driving like a grown-up. Not only is that quite amazing considering the 340i’s fire power, it’s also highly variable in either direction.

The 340i’s base price of N$686,000 includes many safety and comfort features but you’d do well to consult your nearest dealer for detailed specs and a lecture about the many options available. Ours carried M Pack (N$25,000), Adaptive LED lights (N$19,400) and heads-up display (N$15,400) among others.

The recent “facelift” of the F30 3-Series range brings the car up to date with available technology and, as we’ve mentioned before, it retains the vehicle’s edgy good looks. Passenger comfort is ok but rear space is a bit cramped for adults. The boot takes 480 liters of cargo and you also get a 5-year/100,000km motorplan.

Most importantly though, the 340i makes a strong case for itself if you don’t want or can’t afford an M3. Yes, the proper ///M version is faster and more exciting but it’s also a full N$336,500 more expensive. And that’s plenty of consolation for buying the car that’s more sensible, comfortable and economical.