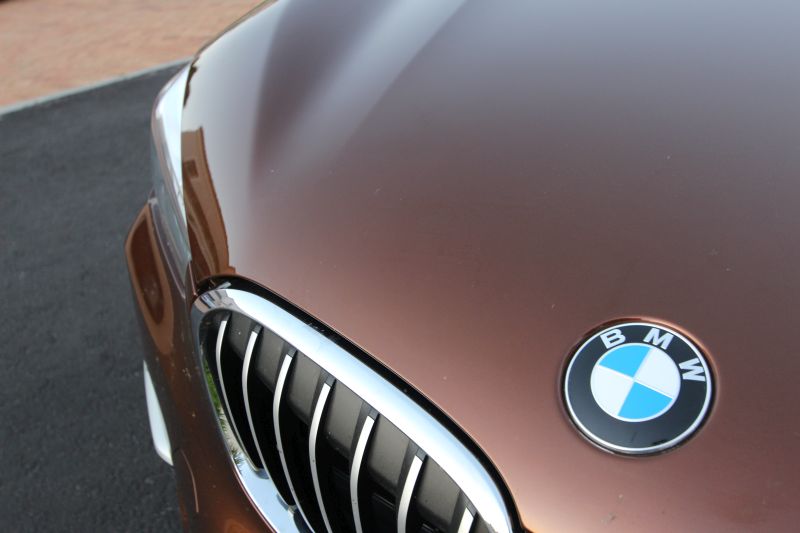 I like to think that I’m a fair journalist who doesn’t knock a new car simply because I dislike it. It takes incredible effort to create a new automobile so it also requires considerable uselessness for me to declare a car as terrible. So far I can count those vehicles on one hand and topping that list was the old BMW X1.

The press car we were handed for a week, sometime back in 2012, irritated me to such an extent that I parked it after two days; well out of sight so nobody could identify it as mine. It’s well documented that the first X1’s looks weren’t a winner and the kindest thing I could find was that it looked like an oversized shoe.

Other unforgivable qualities in my eyes were the unbelievable hardness of its steering and suspension, as well as the jerky gearbox and messy power delivery. These problems were compounded by the high-output turbo-petrol engine (28i) and optional M-Sport extras which meant that it cost as much as an entry-level X5.

Eager to give this new one a second chance, I immediately parked it for a detailed photo-shoot where I noticed that it cuts a more agreeable shape and doesn’t look like a raised 1-Series anymore (although the old one was based on a 3-Series). There are definite X3/X5 genes in here, mixed with modern touches.

There are definite X3/X5 genes in here…

The cabin is also pure BMW contemporary design with organized switchgear, luxury appointments and an angled center console. Next on my list of pro’s was the noticeable increase in boot space – up by 85L to just over 500. This generosity allowed me to pick up three international visitors with luggage; no problem.

Two of them also confirmed what my camera and I had discovered earlier on the rear bench: ample space. These improved dimensions are thanks to a new front-wheel-drive (or all-wheel-drive) BMW Group platform which also carries the excellent 2-Series Active Tourer and new Mini Countryman.

My initial drive was filled with trepidation but I swiftly noticed that the old X1’s uncompromising ride and heavy steering has vanished. I wouldn’t call either of them light or breezy as there’s still a slight firmness to proceedings; which is on par for today’s modern automobiles and a trademark of most BMW’s.

Good news. The jerky and bizarre drive-train response I complained about four years ago is no more. This xDrive20d model uses a 2-litre turbo-diesel engine (140kW/400Nm) and eight-speed automatic gearbox for smooth progress and great fuel economy. BMW claims 4.9L/100km from the 66L tank and we averaged just under seven.

Our X1 was fitted with BMW’s drive mode selector, giving the choice between Eco Pro, Comfort and Sport mode. Eco Pro may help to reach 5 liters per 100, the sporty setting seemed a bit odd in a small diesel SUV while Comfort is a good compromise. However, we didn’t find this system (or option) on the X1’s price list.

The 20d model also offers respectable performance; its maker alleges 0-100 in 7.6 seconds and up to 223km/h. Like all modern TDi’s, the motor hammers quite loudly at idle but shines with a beautifully linear torque curve and more than enough gears to provide decent overtaking or relaxed cruising abilities.

“This one’s much better, right?”

Just to make sure I wasn’t imagining things or had been in a foul mood when I first tested an Ex One, I asked my better half a few questions: “Darling, remember that orange X1 we had a few years ago?” “Oh yes, it was terrible” she replied. “This one’s much better, right?” “MUCH better!” was the excited retort.

Towards the end of my week with the X1, I was so impressed that I tried being overly critical. Here goes. The steering wheel boss partially obscures the small trip computer (ditto other BMW’s), the seat bottom felt a bit narrow and at times the steering seemed lumpy / inconsistent; although I was the only driver to notice this.

What else? Umm, there are still no shift paddles but the (traditional) gear lever tip function is correct: pull to go up and push to go down the gearbox. This test car’s matt black wood didn’t contrast well on the black dashboard and doors but to be honest, that’s the fault of an unimaginative specification.

The handbrake is electronic with selectable auto hold feature and while the coolant gauge is digital (and colour) that entertaining consumption needle has made a comeback! I love the classic orange BMW instruments, X1’s large windscreen, the physical volume knob, well-placed skip buttons and iDrive layout.

Clearly then, this X1 restored the family honour and impressed me with its vast improvements in design, ride and drive. With intelligent all-wheel-drive (xDrive models), 183mm of ground clearance, loads of safety aids and a five year or 100,000km maintenance plan, a base xDrive20d will set you back about N$605,000.