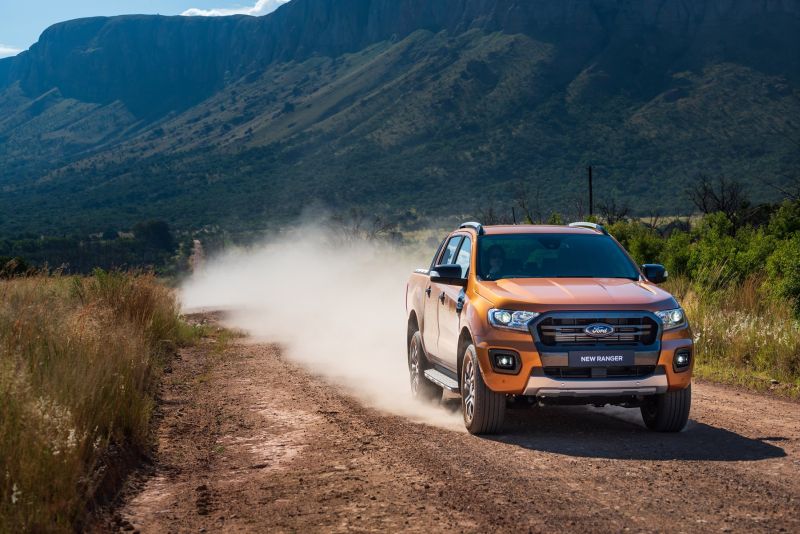 Yes, you read correctly. A Ford Ranger Wildtrak with a two-litre turbo-charged engine. Even more astonishing is that this engine and 10-speed automatic gearbox pairing can also be found in the new Ranger Raptor. While the Raptor impressed us immensely, the engine combo did not. However, this same engine is ideally suited to the Wildtrak model. Here is why:

I also had my doubts upon receiving this 2.0 Wildtrak. Some two years ago, I drove the 2.2 litre Everest and was not impressed by its lack of power delivery. Moving away from the stronger 3.2 litre engine to one that was considerably smaller, did not do the large vehicle any favours.

I did, however (and very quickly), change my mind as the new Ranger 2.0 litre engine delivered improved power (157kW and 500Nm) with a seamless and comfortable gearbox, capable of keeping the Wildtrak very stable and quiet on the open road. Work in the fuel economy of below 10l / 100km and your bank account will also thank you much more than with the 3.2 litre.

Let’s face it. Although there are still many farmers acquiring bakkies, most new buyers are urban (edge) citizens, not needing the bakkie to pull a 5-ton farming implementation along dirt roads. Rather, the new buyer is looking for the ideal urban vehicle to quickly load the mountain bike for an after-work excursion, or taking the camping trailer or caravan away for the weekend.

For these kind of needs, the 2.0 litre Wildtrak is ideally suited. With three body styles (single-, super- and double cab), Ford also gives you enough choices, catering for your exact needs.

While the 3.2 litre Wildtrak might have had enough torque, the new 2.0 litre bi-turbo promises to be more reliable, as well as providing 10kW and 30Nm more grunt. More so, the 2.0 litre engine is also more responsive and has no problem increasing speed on the highway.

Making it more ‘urban’ friendly, the Wildtrak-spec also features Ford’s SYNC3 infotainment system. This, has to be said, is one of the easiest operating and user-friendly infotainment systems on the market. Obviously, it also includes 2 USB ports in the front, while Apple CarPlay and Android Auto will help to make the use of devices easier. The infotainment system also features navigation as standard. Rear passengers are granted enough legroom and a 230V charging socket.

What is it like to live with the Ranger Wildtrak?

Well, bakkies will always have the problem of having soft front suspension and a stiff rear, thanks to the demands for a workhorse of this nature. Manufacturers are trying tirelessly to find the pivotal balance between comfort and workhorse-like capabilities.

While the rear of the Wildtrak might still be stiff (unloaded), the difference from the previous generation models can certainly be felt and no longer do you need to hire a permanent chiropractor upon the purchase of a Wildtrak.

The cabin space is certainly enough for four adults, while on-road noise has been minimalised. Going to the loading zone, the rubberised finish also helps to not scratch any items or the car itself. More so, the new tailgate also features new torsion rods, making the maneuvering of the tailgate extremely easy and relatively light.

Taking it off-road should also not prove to be a problem as its handling on the road already showcased that it will be easier to handle on gravel (4×4) than most other bakkies. The steering is light and responsive, while minimal body roll helps to keep the bakkie stable on the road.

While the Raptor has been built for “partying” in the bushes, the Wildtrak features a more sophisticated design. One for which a 2.0 litre bi-turbo engine is well suited.