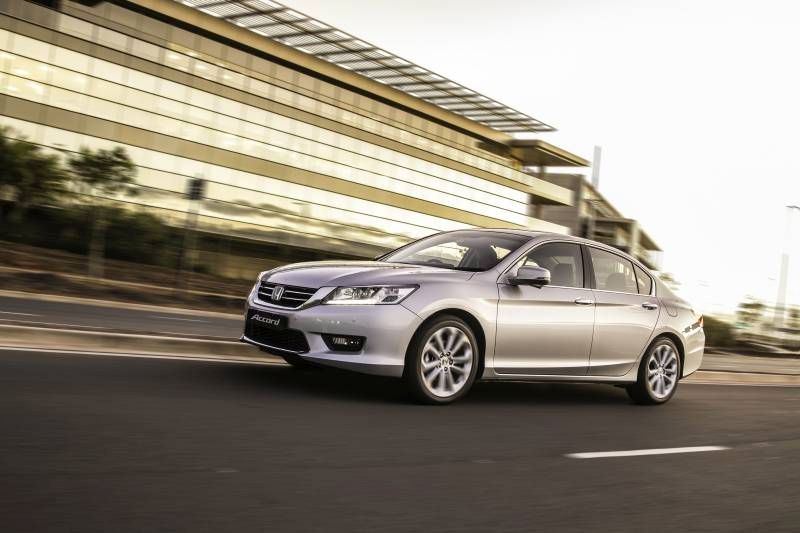 Once upon a time, I met someone who unwittingly committed a heinous car crime. The owner of a Honda Accord with 39,000km replied to my disgust at its empty service book with “but it doesn’t need a service, there’s nothing wrong with it!” After almost 40,000km, the car had never been serviced.

My next response, after a careful explanation as to the benefits of regular maintenance, was that they were lucky to own a Honda. More specifically, an Accord. Few cars would put up with such carelessness and to my knowledge, that specific vehicle (a local first-generation Accord) served its owner for a good few more years.

I felt the need to tell you this story because I wanted to strongly underline the Honda Accord’s fastidious engineering. Southern Africa only got the Accord after a few generations and more specifically, we got the European-spec car which was tighter and sportier than its US counterpart.

Yes, they actually build two versions of the same car. I’ve just done a quick browse through various pre-owned car websites and it confirmed two things: firstly, the misunderstood and often overlooked car didn’t sell in vast numbers and secondly, those that did were predominantly automatic.

Together with supply and cost considerations, this lead to Honda Southern Africa replacing it with this new American-spec car. Previous Accord was more focussed and athletic, new Accord is more spacious and comfortable. As an added bonus, it also received a snarling V6 model, which this road test is about.

The highly-strung four-cylinder VTEC motors also continue their services in other new Accords but have been slightly pacified in aid of refinement. Only available in one luxurious “Exclusive” package, this 207kW (282hp) 3.5 V6 currently represents the most powerful Honda on sale.

If that isn’t enough justification for its steep price, this version tempts you with rear sunshades and active driver aids like adaptive cruise control, lane watch and lane keeping assist as well as collision mitigation. All Accords feature modern safety, convenience and infotainment items.

Tug on one of the chunky door handles and you’re greeted by a more American-sized cabin. Seat size and passenger space is very generous but compared to the old model we found that some trim items looked a bit cheap. In true US style, the climate control either does freezing cold or boiling hot.

While I’m on a roll, new Accord has two (yes, 2) digital screens in its dashboard, one for infotainment and the other for… I’m not sure, actually. They’re operated by a bewildering layout of buttons and touch-functions which, even after a week of fiddling, I never got the hang of.

Accord is also supposed to have a subwoofer but I think the one in our test car may have been broken; even at maximum bass and sub levels the sound was tinny and flat. I find this very strange for an American car as they tend to have window-flexing audio systems.

Something which certainly didn’t disappoint is the 3,471cc vee six. Although it’s got comparably low torque output (339Nm), we never felt a lack of grunt in this 1,630kg sedan. Its six-speed automatic gearbox occasionally hunts for the right cog but the relaxed smoothness suits this car and engine well.

Honda claim average consumption of 9.2L/100km from the 65L tank as well as a limited 200km/h top speed and 0-100km/h in 7.2 seconds. Our performance test at sea level revealed a very impressive 6.61 seconds, good grip with negligible torque steer and a meaty V6 growl right up to the 6,800rpm limiter.

It’s this car’s biggest plus, that fizzy V6 which gets angry when trodden on. Gear shift paddles and 18-inch wheels hint at sportiness and although the Accord has decent cornering and high-speed abilities, its forte lies in comfortable cruising. At moderate highway speeds, we even got close to the average fuel use claim.

Included in the N$550,000 price is Honda’s 3-year/100,000km warranty and a 5-year/100,000km service plan with 15,000km intervals. I would suggest you stick to this recommendation although we’ve already learnt that an Accord is a superb choice if you somehow forget about maintenance.