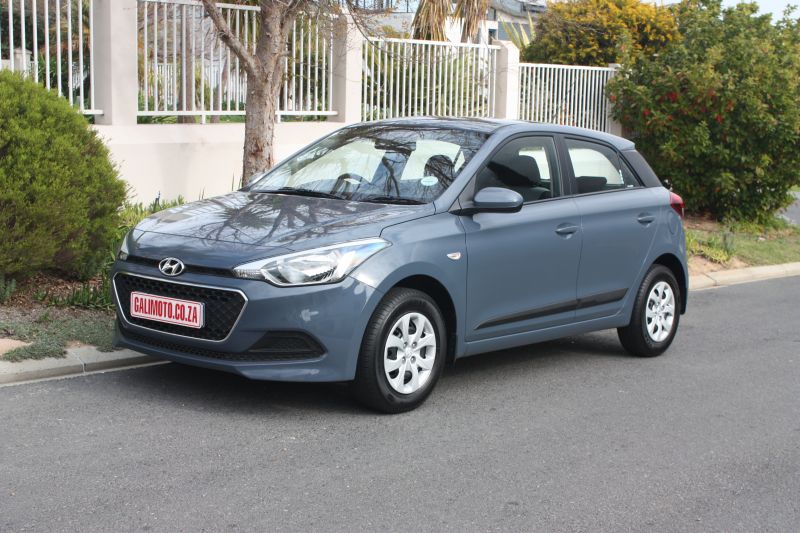 Bargain basement, bottom drawer, cheap seats. None of these phrases evoke a positive feeling and most people wouldn’t want to hear them while shopping for a shiny new set of wheels. In our world of high efficiency and cool technology, some cars like the cheapest Hyundai i20 prove otherwise.

With only a few exceptions to this rule, I’ve often noted that the most affordable car in a certain model range isn’t only the most financially sound decision but also quite a relaxing one. They look almost identical to their siblings, won’t suffer as much depreciation and are often easier to live with.

Starting at N$189,900, the Hyundai i20 1.2 Motion I tested benefits from its maker’s stylish design language, generous standard equipment strategy and impressive 5-year/150,000km warranty. Its service plan is slightly short at two years or 30,000km but that’s part of the N$23,000 saving towards the next model.

More cost cutting, in no particular order, includes the lack of alloy wheels, rear park beepers, power rear windows, climate control, a luggage net, power folding exterior mirrors and, uhh, that’s it, actually. Not only does that hardly equate to N$23,000 but, hand on heart, I didn’t miss any of them while driving.

I for one welcomed the deletion of front fog lamps as my powers of observation tell me that the chief culprit for driving around on a clear day with all lights blazing is the Hyundai i20. Apart from the hubcaps on our grey test car, only true experts would be able to identify it as the el-cheapo version.

Convenience features it shares with its dearer brothers are a chilly glove box, trip computer, six speakers and a CD/Aux/USB radio sound system; among others. There are more upsides to this cheapy edition. If you really want parking sensors and fancy wheels, just pick your favourites from an aftermarket store!

I would almost advise against such a move as the smaller wheels (185/70R14) have more rubber to act as damping when compared to the fancier i20’s 195/55R16 setup. With a basic rear suspension structure, my test car’s skinnier tyres gave a softer ride and more advanced warning when I pushed the boundaries of grip.

…it gets even better.

You’re not going to believe me but it gets even better. Skinnier tyres mean less rolling resistance on the road so your fuel consumption and noise levels are both lower. Using the tyre dimensions I just mentioned, a local retailer gave me the following prices: N$900 vs N$1,500. Yup, they’re a little cheaper too.

Now that I’ve convinced you that this budget version is almost identical and doesn’t skimp on the good stuff, I can tell you that driving it doesn’t feel much different from other models. Having tried the 1.4 i20 on its local launch, I would certainly advise that petrol heads go for that – the biggest engine in this range.

This 1.2-litre pushes out a respectable 61kW and 115Nm which means top speed is “only” 165km/h and 0-100km/h takes a laborious 13.6 seconds. Perhaps as a token of gratitude for my journalistic praise, our eager grey specimen shot past the 100km/h mark in a GPS-verified 12.88 seconds (at sea level).

While still not impressive, this little engine and car make a fairly pleasant everyday combination. It idles almost motionless, has sufficient torque in most of its five forward gears, brakes as asked to, features decent headlights and breezy steering feedback with a well-honed homing instinct.

Hyundai claims average fuel consumption of 5.9L/100km from the 45L tank which, with a bit of effort, should be doable. Hell, its tried technology and lack of gadgets should even spell cheap maintenance in the long run. The only real problem I foresee with this car is a fully-laden holiday uphill up-country.

Other than that, this is one impressive bottom drawer model. Forget the rattling plastic cover where the radio’s supposed to be or a rubber grommet in place of an A/C button. This 1.2 Motion has all the i20 style, most of the features, is more comfortable and probably cheaper to run. It just isn’t very fast.