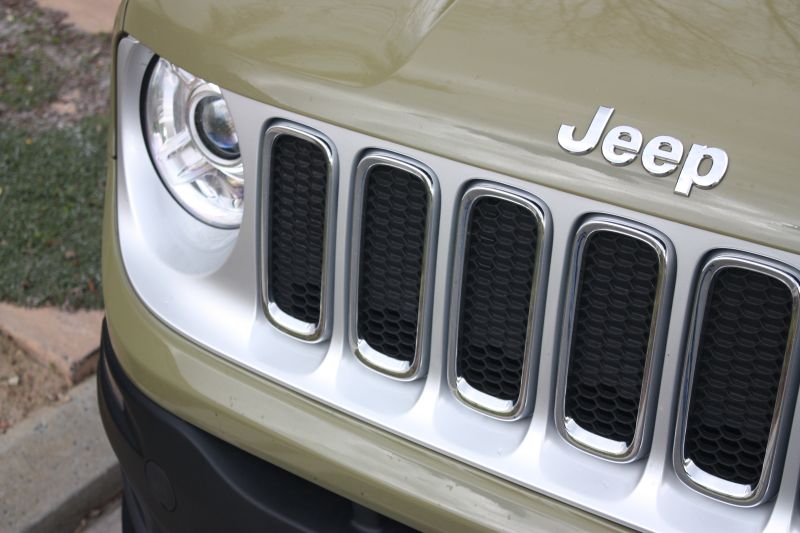 Remember that nasty recession in 2009? Car makers certainly do; especially the big American trio of General Motors, Ford and Chrysler. Despite budget cuts and government bailouts, the automotive ménage à trois could not save all their brands and GM had to cull Oldsmobile, Hummer, Pontiac and others.

The future of Opel / Vauxhall didn’t look too rosy at some stage and while Ford soldiered on (probably due to the popularity of their F-Series bakkies), the freshly divorced Chrysler Group quickly jumped into bed with Fiat to join forces and start some engineering sharies between Europe and America.

I mentioned all of this because it explains the heritage of our latest test car, the brand-new Jeep Renegade. The Jeep brand is part of this new Fiat / Chrysler marriage and the Renegade is their newest attempt at building two different cars using the same starting point. A Renegade is actually a Fiat 500X; or vice versa.

A Renegade is actually a Fiat 500X; or vice versa.

Unlike early attempts at badge swapsies (like the Dodge Journey a.k.a. Fiat Freemont), 500X and Renegade distinctly differ from each other inside and out. Both cars are built in Italy and, having driven them almost back-to-back, I couldn’t spot any major relation between them.

Where the 500X is round and cheeky, this Renegade is square and bulky. In fact, I would go so far as to describe the Fiat as attractively modern while the Jeep looks alien and almost disproportionate. These looks are a strong point though, carving opinions in two neat halves of recoiling horror and inquisitive joy.

Our test car’s Commando Green paint job didn’t do it any favours either, gathering nicknames like Three-day-old Guacamole and Seventies Bathroom on top of insults for its bizarre shape and soft-roader nature. “That’s not a real Jeep” was uttered many times, aimed at this model’s front-wheel-drive only architecture.

Jeep South Africa sells three models – Longitude, Limited and Trailhawk – of which only the last one features a proper four-wheel-drive system with low range and crawl ratio. That model is only available with a 2.4L four-cylinder petrol engine, the others offer a choice of 1.6L petrol, 1.4L turbo-petrol or 1.6L turbo-diesel (tbc).

To make things even more confusing (let’s agree on “diverse”) you also get an all-wheel-drive 1.4T and no less than three gearboxes; depending on model. Our spinach-hue “Limited” six-speed manual test car was propelled by the feisty (Fiat MultiJet) 1.4-litre turbo-petrol four-cylinder with 103kW or up to 230Nm.

As one would suspect, the little engine struggles below 1,500rpm or when asked to lug a full load uphill; other than that, it’s a modern marvel of engineering which lends this Renegade punchy performance and decent efficiency. Drive it nicely and Jeep claims you’ll get 16.6km/L – we averaged a commendable 14.

Give it the spurs and it whooshes past 100km/h in 10.9 seconds, our Hulk-coloured machine managed an impressive 10.6. Renegade is easy and smooth to pilot, most testers enjoyed the driving position as well as the cabin’s versatility and quality. Safety and luxury items are comprehensive but the Renegade offers even more…

…this car has more exes than Taylor Swift.

In order to set itself apart from the 500X (and frankly, any other compact SUV / Cross-over), the car is peppered with Jeep emblems, caricatures, maps and a collection of the Renegade’s main logo, X. Quite a few of these are hidden so patient hunters will find that this car has more exes than Taylor Swift.

Yet again, our Pea Soup test car caught an equal amount of flak and praise for these adornments. Same for its price of N$375,990 although there are cheaper and dearer versions either way. Throughout our test I grew increasingly fonder of the Renegade, not just because I like freaky cars and freaky colours…

There’s a good car hiding underneath that silly veneer…

There’s a good car hiding underneath that silly veneer, and while it’s no Wrangler or Cherokee, I think it’s exactly what Jeep needs right now. The holy matrimony between this crusty American pioneer of 4×4’s and the lively Italian fashionista has produced a bizarre but interesting offspring. Mazel tov!