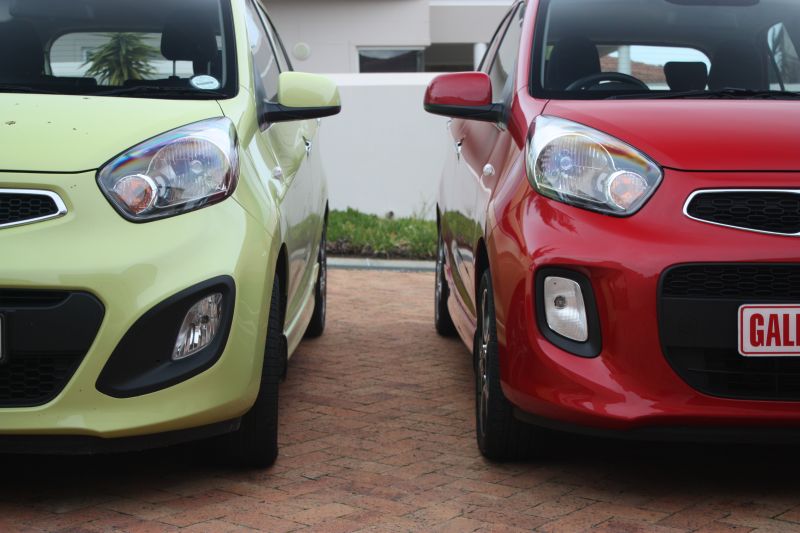 Sometimes my friends and acquaintances can be cruel. Downright rude, even. If I had a Rand for every time I heard “Meh, is that your car for this week?” or “When are you testing a Ferrari?” I’d have, oh, about N$28 now. What most of them refuse to believe is that I enjoy testing small budget cars – like this Kia Picanto.

No, really. As much as I’d enjoy driving a McLaren – presumably filled with my friends – the truth is that it would be incredibly stressful. As its temporary caretaker you’re constantly panicking about anything that comes within a 50m radius, not to mention speed bumps, cameras, hail, pavements, riots, theft and meteorites.

With a Kia Picanto, there is no such anxiety. If I or someone else bumps it: no biggie. Parts are affordable, labour equally so, and nothing’s hand-made of exotic composites. Should it disappear or perish while in my charge, at least my unborn grandchildren won’t have to work on oil rigs to pay off the family debt.

You see, unlike a Maserati, this Kia Picanto 1.2 EX costs just N$150,995 which means that it falls into most people’s affordability scale and should thus be properly reviewed. No need to write haikus about its exhaust note, or novels on its satnav, which is the other reason I love small cars. They’re simple and easy to operate.

Call me lazy, I don’t care, but it’s so refreshing to express my opinion on something rather basic. That is, of course, a relative term because I felt that our Signal Red 1.2 EX test car looked quite fashionable without landing in the overly-cute trap of most mini cars, nor did it come across as something cheap ‘n nasty.

That means a Picanto is as unisex and good-looking as a Volkswagen Up! or Hyundai Grand i10 – my two favourite small cars at the moment. In fact, I wasn’t surprised to learn that this Kia is closely related to the last-named Korean cousin, using the same 1.25L four-cylinder 65kW/120Nm petrol engine.

Pitted against a dry weight of just 940kg, the resulting performance may not be Porsche material but my notes speak of an eager power delivery with surprising torque reserves. Drive it like a rental and this model with its 175 rubber and 15-inch alloys even conjures up decent road holding and a degree of fun.

There are two airbags and ABS-assisted brakes for your safety but be mindful about the absence of traction or stability control. Also, one or two occupants can expect a pliant ride on most roads but I found that the Picanto’s basic rear suspension reached its limits rather quickly, even without substantial cargo.

Available in two trims levels and automatic or manual, other features in this 1.2 EX include a good audio system with Bluetooth, CD, Aux and USB sockets, as well as ISOFIX anchors, trip computer, air-con, remote central locking, 60/40 split folding rear seats and automatic lights; among others.

Not too shabby for the price of N$150,995 – and Kia will throw in a 5-year/150,000km warranty. The difference to a lesser 1-liter model is roughly N$13,000 while that’s the exact amount Kia will charge you to install an automatic box of cogs. Coincidentally, that’s also what two rear Lamborghini tyres cost…

Substantial research into the Picanto’s many competitors (Honda Brio, Chevy Spark, Suzuki Splash, Nissan Micra, Mitsubishi Mirage) revealed that Kia is in the ballpark with price and spec, trading ESP here or hubcaps there for a few grand either side of its price. The Indian-built Suzuki offers better value; but inferior quality.

Picanto’s crucial measurements are also close to most of its rivals with a 200L boot, 35L fuel tank, 152mm ground clearance and overall dimensions of 3.6m length by 1.6m width and 1.5m height. In daily traffic – and I can vouch for this – it means that a Picanto is highly maneuverable and fits into any parking bay.

My only gripes were a lack of one-touch triple indicators and a scratchy reverse gear – possibly due to a hard test-car life. Then I found a happy Picanto owner who offered their two-year old car as a comparison for the recent cosmetic updates (see photos). These were minor changes, which is great for resale values!

All in all, I was thoroughly impressed by this car. No, really. It joins its sister Grand i10 and the funky VW up! as my recommendations in this category. And if anyone at Ferrari is actually reading this, I wouldn’t mind testing your latest product either – even if it’s just to save face with my friends.