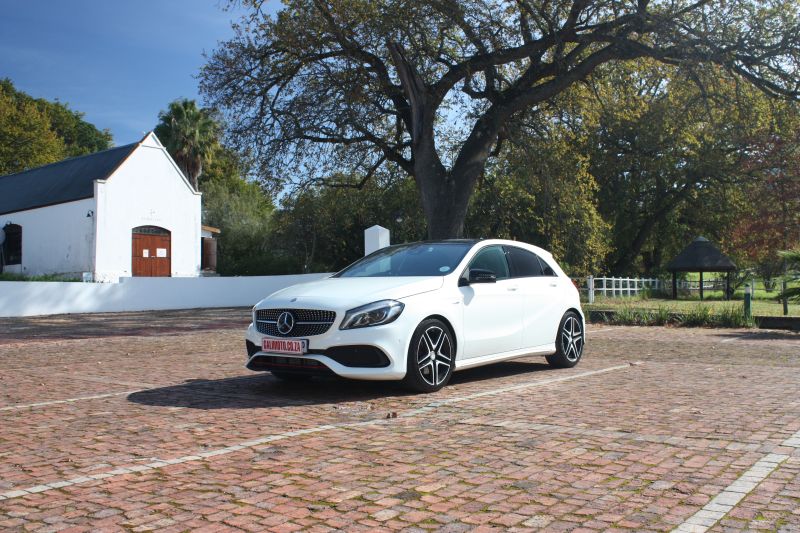 Around the 1990’s, Mercedes-Benz jumped on the band-wagon of extending their product range. Where before the E-Class, S-Class, SL and Geländewagen were all the cars you could ever need, showrooms were suddenly cluttered with the likes of C-Class, CLK, SLK, ML and A-Class.

The relatively affordable A-Class arrived in 1997 to lure new customers (or retiring Benz fans) into the new mini-MPV lifestyle. It introduced a host of novelties to the brand, most notably the hatchback shape, raised “Sandwich” platform, transversely-mounted engines and front-wheel-drive.

After tipping over during a Scandinavian avoidance maneuver called “the Elk test”, every A-Class got electronic stability program (ESP) as a quick-fix for its lack of stability. The Germans would call it “Glück im Unglück” – a happy accident – because ESP was a complete novelty back then, especially in this market segment.

Generation two arrived in 2004 with various updates and a bigger brother, the B-Class. Because of their close relation and the need to attract even more stylish clients, this third A-Class generation shocked the world in 2012 with its cool and sleek profile. MPV customers still have the B-Class, trendsetters get an A-Class.

The author admits that he wasn’t convinced by this newfound bravura, mostly due to the two granddad-Mercs sleeping in his garage. That said, sales figures and the public’s response are absolutely astonishing. With a mild face-lift under its belt, our A250 Sport press car drew incredibly flattering comments.

“Yoh, this is beautiful!” and “If I win the lotto, hey!” were strewn between words like striking, stylish and sexy. D’you want to cause a stir when you arrive? Get the new A-Class. This A250 Sport slots in between sensible turbo-diesels, tamer turbo-petrols and the extremely untamed A45 AMG.

Despite the 250 badge, it sends up to 155kW (211hp) or 350Nm from its 2-litre 4-cylinder turbo-petrol engine via a 7-speed dual-clutch automatic gearbox to the front wheels. Most DSG gearboxes, especially from Mercedes, used to annoy me with their low-speed incompetence. This one… didn’t.

Initial movements revealed a rock-hard suspension and considerable torque steer but when I took it into the countryside and drove it in anger, this white press car boxed back. Yes, the ride is quite firm and yes, it doesn’t always put its power down cleanly but I have to admit that it’s a hoot to drive.

A lot of that was down to the tight Recaro seats, 18-inch wheels, excellent brakes, very obedient shift paddles and pleasant steering mechanism. With high grip levels, various electronic assistants and four drive modes, enthusiastic owners can explore their limits with relative ease.

My performance testing yielded a best 0-100 time of 6.42 seconds (Merc claims 6.4) and our consumption average hovered around 10L/100km from the 56L petrol tank. The manufacturer’s optimistic claim is 6.1. Rear space is limited for tall adults but the boot holds up to 340L; or 1,150L with the seats folded down.

Recent updates blessed the A-Class with more premium materials and that cozy cockpit with narrow window-line will surely find its fans. I must caution potential owners about a huge rear ¾ blind spot and the fact that it’s hard to judge the vehicle’s extremities. The optional parking beepers and rear-view camera are a must-have.

Mercedes-Benz charges extra for more desirable appointments over the decent base configuration at N$526,000. In that price range, it’s only natural that I should bring up the evergreen VW Golf GTi. With a DSG transmission and slightly more power (162kW/220hp) the Volksie is 60 grand cheaper.

Because of that significant number and the GTi’s 40 years of experience, the Golf is a much better buy. However; I was so impressed by this A250 Sport that I’d like to mention some of its virtues. As a pro or con, its spectacular design makes a complete mockery of the conservative Volkswagen efforts.

Needless to say, the three-pointed-star carries huge snob appeal and probably for that reason, it is physically huge as well. Starting with 2016 models, this A-Class now has that glitzy pin-cushion radiator grill as standard fitment. That’s how serious Mercedes-Benz is about their trendy little cars.

There’s no doubt that a lot of charm lies in the amazing A-Class metamorphosis but after a few surprising days of driving the A250 Sport, I’m here to tell you that it’s not just a pretty face; with too much make-up. If you can somehow walk past its cheaper rivals, you’ll find that it’s quite capable and exciting to drive.