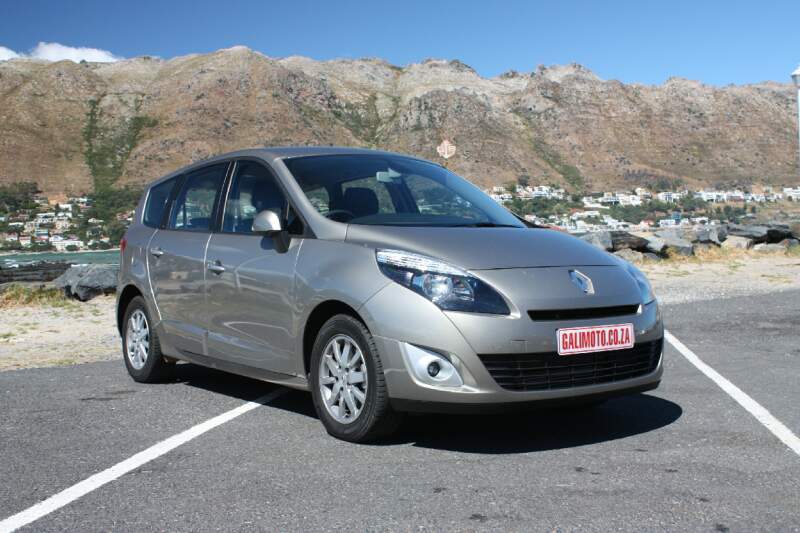 Last week I was presented with a bit of a problem. The instance that the cheerful Renault guys dropped off a brand-new Grand Scenic at my home I realised that I had no proper means of testing it. With so much room at my disposal it became abundantly clear that I had no wife and hence, even fewer children to strap to its modern seats.

Swift action was required and so I found myself ringing up a few friends to see if I couldn’t borrow some of their relatives to test the voluminous new Renault. It turns out that wife borrowing is a taboo subject in Somerset West and the only suitable victim I could think of had just moved to Australia. Bugger.

With most options thoroughly exhausted, I resorted to inventing some loved ones of my own. Bear with me here. My imaginary wife’s name is Megan and we have three beautiful but fictional children named Alexus, Mercedes and Porsche. Oh, and a Golden Retriever called Honda.

Henceforth, various combinations of my illusory girls accompanied me on business and pleasure trips alike. And thanks to the advent of Bluetooth hands-free kits, nobody will mistake you for a nutter if you talk to yourself while alone in a car. “Yes, dear. I also like the turning radius!”

The Grand Scenic presents suitable transportation for large families, no thanks to its 2 extra seats that fold away into the rear load area floor. As we discovered recently, Renault is on the offensive with their product line-up and the big Scenic is just another model that’s been updated.

Minivans or MPV’s seldom portray attractive lines, but the Scenic with its new Renault face, swooping window line, trendy D-pillar and rear lights does cut an agreeable figure. Much like other French manufacturers, it seems Renault is in a race to determine which brand can get their headlights to stretch the entire length of the front fenders.

That’s not a negative remark, simply commentary on contemporary French styling. More of this can be found inside the vehicle, where flair meets functionality. Good materials are well assembled and sprinkled with features that will entertain the more young and trendy members of your group. “Don’t touch that!”

The instrument cluster and TomTom navigation screen take centre stage atop the dashboard and offer its audience a fully digital, variable LCD show. All navigation, audio and vehicle information is crammed into these screens and accessible from the three main controls dotted around the car.

I still think the layout lacks a bit of synergy with the audio/source/telephone stalk on the steering column, navigation controls between the seats, audio/setting controls in the traditional radio position, and trip information on the wiper stalk. You do get used to it, but it can be daunting at first.

The navigation does work flawlessly with a good turn of speed, but the audible guide did mute, rather than soften, my selected source of music. Perhaps there is a setting to change this, but I was dealing with all sorts of other distractions. “Sit down! Don’t make me stop this car.”

Grand Scenic belies its considerable size with its feather-light steering and pedals, as well as a slick 6-speed manual gearbox. The electric parking brake only engages or disengages when you press the brake pedal, or when you pull away on an incline.

Under the trendy bonnet of the huge Renault you shall find a 1.9-litre turbo-diesel engine worth 96kW (130hp) and 300Nm. Its performance isn’t as pleasing as in little sister Megane due to the extra weight it has to chuck around. If you want 0-100 times and top speeds, I’m afraid you’re looking at the wrong car.

What matters here is that power delivery is smooth and the force-fed diesel will even allow 5 000 crank revolutions. Its consumption is exemplary (5.6L/100km average) and the interior will accommodate most parents’ wishes. You even get an extra little spherical mirror to check out the pretty girl in the Polo… umm, I mean, check up on the kids. “Stop pulling your sister’s hair!”

Grand Scenic is sold for N$298 900 with a 5 year 150 000km warranty and 5 year 100 000km service plan. I was just as sad to see the back of the versatile big Scenic as I was having to part with Megan and the rug rats. I hope whoever tests the car next treats them well.