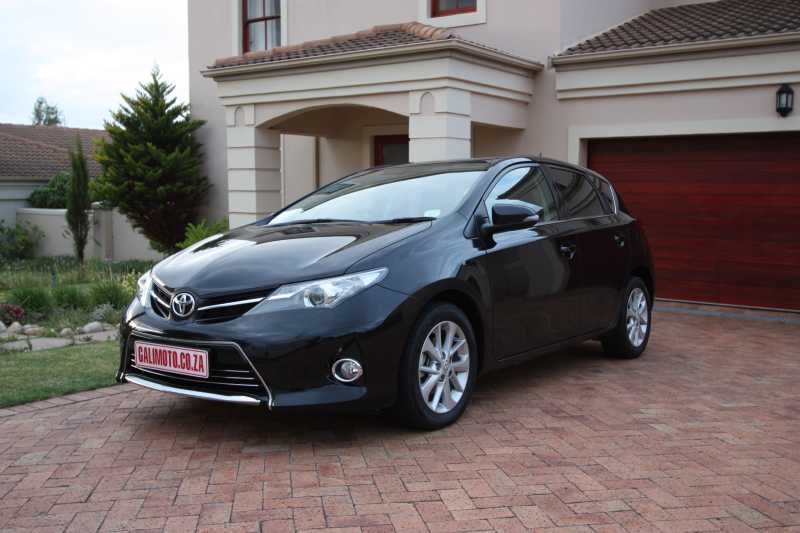 Many years ago there was a hatchback Toyota called Conquest, a name that was a purely South African invention for the five-door Corolla shape. This gave birth to the cheapie offspring Tazz which could only watch VW’s Golf and other premium hatchbacks drive off into the sunset.

Tazz and Citi Golf battled it out for entry-level sales but for a few years Toyota South Africa had no answer to Golf, Astra and company. That was until the RunX came along, yet another local-is-lekker name for what would’ve passed as a perfectly good Corolla hatchback in the rest of the world.

Although I wasn’t overly fond of the RunX it did have a sense of honest simplicity about it, something most Toyota owners appreciate. It was far from beautiful yet pleasing to the eye, especially with some bigger wheels to fill those humungous Toyota wheel arches.

Its natural successor was the world-market Auris, another Toyota I thought wasn’t bad looking and not too shabby to drive. It also gave us a taste of things to come with more curves, better proportions and – by Toyota standards – a rather exciting dashboard and instrument cluster.

This year saw the local introduction of the second generation Auris which showcases Toyota’s new design language with daring lines defining a slightly more aggressive shape. Some observers noted a Korean influence which, considering what they’re up to nowadays, is probably a back-handed compliment.

…the obligatory Toyota LCD clock from 1982.

Its interior is also a refreshing change from previous attempts with a whiff of retro and 86 about it. The dashboard rises up almost vertically and meets the central tunnel through 1970’s Mercedes air vents and a silver swoop which *big sigh* also houses the obligatory Toyota LCD clock from 1982.

Instrumentation is clearly drawn with a good trip computer and chrome-ringed main instruments behind a fat, adjustable, multi-function steering wheel. The wheel’s bottom section also has a big silver accent, as does the gear lever surround, both front door handles and two round air vents.

Leather covers most other surfaces and is held together across the belly of the dashboard by beautifully contrasting white stitches. These are reflected in the door pockets and whereas Toyota still has their own idea of what leather should look and feel like, the new Auris front seats got heaps of praise.

Powering the Auris XR is a lively 1,598cc 4-cylinder petrol engine (97kW/132hp/160Nm) through either a six-speed manual gearbox or CVT (continually variable transmission). Most people gasp, freeze or recoil in horror at the mention of those three letters but thankfully we have a CVT owner on our test team.

…a pleasing combination of bubbly engine and instant CVT gearing.

Said tester confirmed our suspicions that this Toyota has a pleasing combination of bubbly engine and instant CVT gearing. There isn’t much throttle take-up delay and you’ll only have to endure the hair-raising constant scream if you need full power to overtake.

Cruising around town or on the highway is extremely smooth, quite frugal (claimed 6.1L/100km, 143g CO2/km) and very relaxing because the 160Nm of torque really do more than they promise. This ‘box also offers manual gear simulations for situations when you simply need to get or keep the revs up.

I feel compelled to spell out a few things for you here. If you hate or mistrust CVT’s, this car is not for you. Should you not mind or actually appreciate them, it’s one of the best ones around. On top of that, the Auris looks good, drives well and offers reasonable value for money.