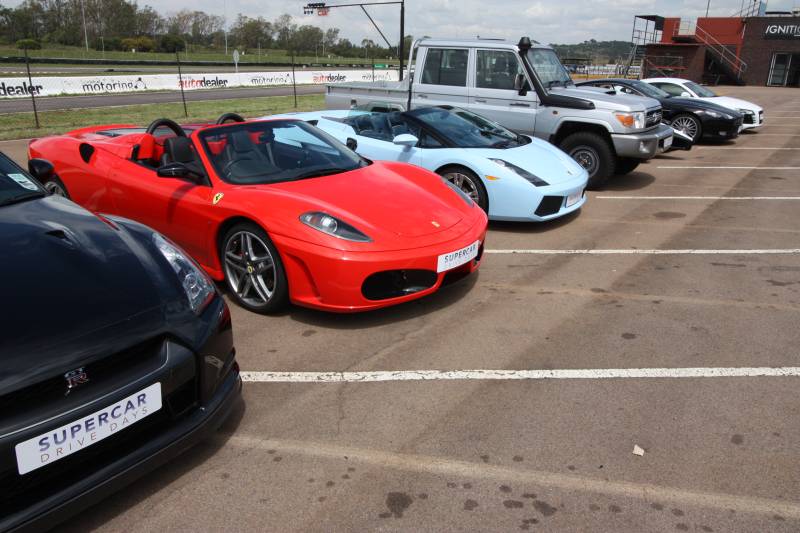 The more cars I review, the more obsessed I become with their purpose. What were they built for? Are they any good at it? This inevitably leads to a few more questions. Who buys such a car? And are they using it as intended? This, as I’ve explained before, makes me appreciate cars like the Toyota Land-Cruiser 79.

One look at this bulky beast leaves not a shred of doubt in the observer’s mind that this is a rugged, robust, utilitarian farm implement. Just a kilometer of driving confirms all these qualities as the half leaf-sprung ride is jittery, the steering is ridiculous and the cabin has a scent of permanence about it.

No, you most certainly don’t want to peddle this tank between Jo’burg and Pretoria, so that’s exactly what I did. In my defence, I requested another vehicle for my little sortie around Gauteng but was happy when this monster arrived instead. “At least no-one will cut me off in traffic” I thought, and boy, was I right.

Built like a brick you-know-what with a soft-ish but bulky front end and square metal bent into the shape of a load bed at the back, don’t people just get out of your way? Chunky 7.5×16 tyres on steel rims and 235mm of ground clearance ensure that you tower above and probably scare most city commuters.

That frightened look on their face may also be one of puzzlement though. Why would someone bring a 5.22m long, 1.95m high, 1.87m wide and 2.2 ton heavy beast into civilisation? In all probability, these cars and their noisy tyres would only buzz over tarmac if the farm / lodge ran low on supplies.

As much as I would’ve wanted to try that, time and work wouldn’t allow me to take the big Cruiser to its natural habitat – the veld. I can just picture it lugging a few sheep around, trekking up a mountain (33° approach angle), wading through a river (700mm & snorkel) towing a trailer (max 3,500kg) or ploughing a field.

Yup, sadly I did none of those things. Instead, this Land-Cruiser 79 Double-Cab VX V8 was used as support for supercar events. As you can see from the photo(s), even the owners of thoroughbred automobiles were so impressed by it that they happily lined up a photo-shoot for our thorn among the roses.

Next to the refreshing contrast of such a simple tool, I suspect that this VX model’s beefy engine had a lot to do with the compliments and flirts which were being dished out in the general direction of our double cab. 4,461cc of raw DOHC V8 turbo-diesel muscle provide you with 151kW (205hp) or 430Nm.

That may not sound like much but that last figure, the torque / twisting power of this motor, is on full song from an unbelievably low 1,200rpm onwards. And believe me, it’s true. We often coasted around corners in third or fourth gear, then simply squeezed the throttle at an indicated 800 or 900rpm.

No fuss, no shudders, no untoward noises. The big, lazy engine just starts accelerating with a relaxed kick around 1,400rpm. You can change up at 2,000rpm and it will keep pulling like a train but if you somehow have to, the Diesel lump will do around 4,000rpm with a howling V8 undertone.

Should you find yourself in a spot of bother off-road, a low-range transfer box and two differential locks will try their utmost to get you unstuck. Apologies again that I never tried it but I can report that our Cruiser carried tons of supercar-related luggage and up to five people without even breaking a sweat.

Other things I can tell you are that, despite not being blessed with the most stable ride, it happily cruises at 120km/h and picks up speed with the slightest of provocations. You may also want to be mindful of parking maneuvers as rear visibility is atrocious thanks to a small rear window and big spare tyre.

I’m not too sure if they’ll warm to the clever touch-screen Bluetooth DVD navigation unit although I must stress that it is intuitive. There’s even a stern lady inside who tells you when you’re speeding. Way more important are the 130L fuel tank and 11.5L/100km average consumption, but it requires 50ppm Diesel.

The Toyota Land-Cruiser 79 double-cab V8 VX costs N$568,300 and comes with 3-year/100,000km warranty. This may sound expensive but I think it’s worth every cent considering its size, capabilities and sensed indestructibility. Even if you don’t use it for its intended purpose.