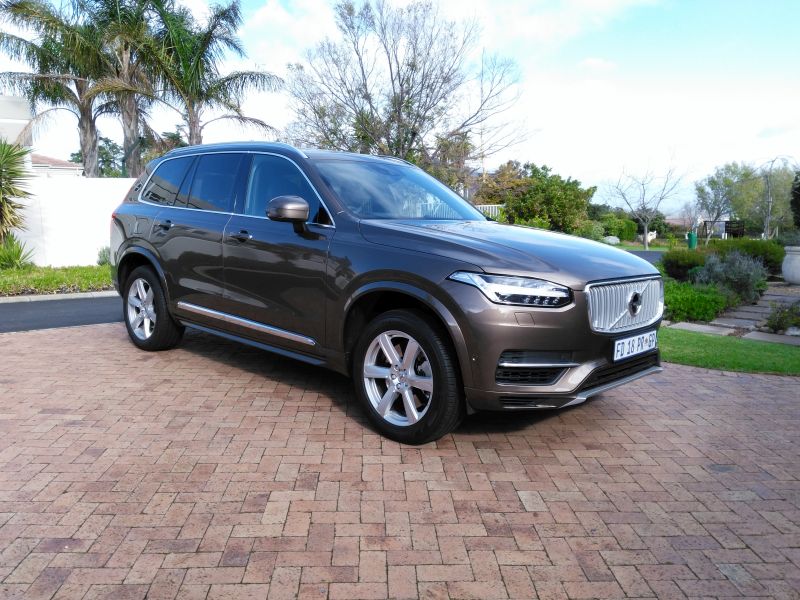 If I asked you what the future of the automobile looked like, what would your answer be? Maybe you’ll describe a Jetsons floater, autonomous bubble or electric people mover. We may be a long way from cars like that but I’d like to tell you about one that’s getting closer; and is actually a combination of those three.

In one of the car industry’s happier sagas, complete with Phoenix moments, Volvo went from a cloudy future to new Chinese owners and brutal product revitalization. Starting with their most recent V40 series, the Swedish brand found understated style, new tech and a sunny future – we at Galimoto Media are big fans.

After a spot of product trimming and realignment, the 60 Series introduced two modular “Drive-E” engines with variable outputs. What’s “one size fits all” in Swedish? Anyway. Once the whole sixty range featured Scandinavian chic and clever drive trains, it was time for the big one. The ageing, seven-seater XC90.

To be more precise, it’s now the 90 series, not to be confused with short wheelbase off-roaders from Britain. In fact, this modular platform couldn’t be any more different from an old 4×4 and plays host to multiple models. The XC90 you’re already looking at, an S90 flagship sedan arrives soon and there’s a V90 estate, too.

Have you seen a new XC90 in the flesh? You should. Do yourself a favour and take a good, hard look at one to drink in the crisp styling and modern proportions. Should you get bored at any point, simply venture inside and I’ll guarantee that any boredom will be forgotten. Mainly due to the ipad-like 9” central control screen.

At this point I could start regurgitating airbag counts, Newton-meters and marketing text but I shan’t; the XC90’s space, features and luxuries require your other senses to fully appreciate them. The most important and remarkable thing here – future of the car, remember? – is this T8 Twin Engine’s drive train.

We’ve tested pure electric cars, mild hybrids (combustion engine with help from an electric motor) and full hybrids (both work in unison) and at first glance, this Volvo falls into the last category. “Twin Engine” means that it has a petrol engine and an electric motor but, unlike traditional hybrids, they don’t huddle together for warmth.

The XC90’s super- and turbo-charged 2L petrol four pot sits where you’d expect it; under the bonnet. Its electric helper sits right at the back though, making up the rear “axle”. That makes it a two-engine car and split hybrid (if you like) because the honour of the first luxury hybrid SUV went to the Lexus RX.

A few things which set it apart from the Lexus are its ultra-modern and efficient petrol engine (235kW / 400Nm) and an ability to charge up the 9.2kWh hybrid battery pack via a plug socket. I’d love to compare the two cars but years ago someone crashed into my RX450h press car and Lexus hasn’t given me another one since…

Read those performance figures again. 235kW is a healthy 320hp and all that stems from a humble two liter! If the electric motor has enough juice, it adds another 65kW and 240Nm to the already sizable power outputs for mind-boggling totals of 300kW and 640Nm. Yip. This is a 400 horsepower hybrid SUV.

But what if told you that this big SUV’s appeal goes beyond the vet klappe you can dish out to ST’s and GTi’s at the lights? More than anything, the seamless transitions between electric, petrol or both modes impressed us the most; closely followed by the everyday usability and advantages of all that power.

Although the maximum electric range on full charge is only around 40km, the XC90 can operate without fuel up to 125km/h and recuperates energy through braking, deceleration or (selectable) engine input. Volvo claims an incredible 2.1L/100km average fuel use but our real-world weekly average hovered around six.

It’s worth noting that our best efforts resulted in 0.0L/100km because we charged this XC90 overnight (it actually requires three hours at a cost of about N$20) and drove 30km without using a drop of fuel. Plugging it back in overnight and repeating this route kept the 55L fuel tank out of the equation again. Unbelievable.

All the while we were cocooned inside the spacious and sumptuous interior with seven Nappa leather seats, crystal gear lever, fully digital instrumentation, hordes of safety aids, auto everything and a superb Bowers & Wilkens sound system. If you were wondering if this SUV is worth its six-figure asking price, wonder no more.

On top of that, its sizable bulk and alien technology almost seem like a bargain and don’t forget that you can load huge items (314, 692 or 1,947L cargo room) or up to six passenger and venture off the tarmac for some mild off-roading. It’s even got AWD and Off-Road modes, hill descent assistance and an electronic limited slip diff.

Is this the future of the automobile? After spending a week with this ma-hassive luxury SUV that sips fuel like either a hatchback or a golf cart, I certainly think it is. The clever features, luxury fittings and sporty performance are just a bonus over the already-desirable style and sophistication of a modern Volvo.