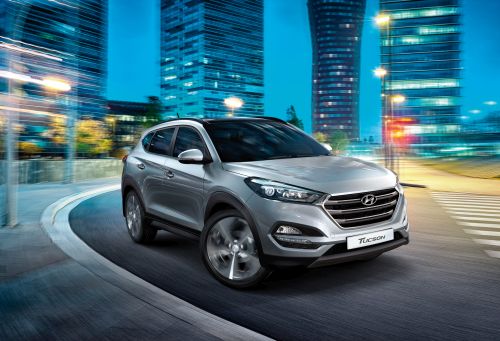 Value for your buck or a costly trendsetter?

To date, we already gave a thorough analysis of the new Tucson at its launch, as well as the 1.6 TGDi Elite model. During both, positive concluding remarks have been made around this new city-SUV and its abilities in the high-demand SUV class.

This time, it is the turn of the 1.6 TGDi Executive model. So let me not talk about the reinstatement of the ‘Tucson’ name, as most of our readers may already know by this time. It is also a known fact that the first generation Tucson and the ix-35 were highly successful with 23,000 and 34,000 units being sold respectively during their lifespan.

Lastly, it is no secret that this new model is a giant leap from its predecessors. These are all factors, contributing to what may be a very successful product for Hyundai in the coming years. Yet, from an economical perspective, I have to put a brick in the wall, but let’s return to this point at a later stage.

The new 4×2 version of the Tucson is definitely a good SUV competitor. Although the 1.6 petrol engine (130kW/265Nm) is borrowed from the Veloster Turbo, it might feel sluggish to some. A ‘sport mode’ button initially creates excitement, but don’t be fooled by this.

Just like the magic of the “S” button in most new cars, sixth gear in the Tucson creates a whole new world in terms of comfort. Unlike the comparison I used in one of my previous articles, this car feels like a sporty, yet quiet glider; rather than a sailboat. This point can even be extended to the fact that the new Tucson feels as comfortable on the gravel roads, as on tar. A definite win; as other small SUV’s struggle in this regard.

Hyundai claims average fuel consumption of 8.3L/100km, not far off from our average of 8.5l/ 100km that we got for primarily in-town cruising. With constant speed and a short-gear shifting ratio below 2,000rpm, like the on board infographic system reminds you of, you can easily achieve the claimed number. Although miles better than the average 10l/100km of the 2005 Tucson range, the current figure differs from some of its competitors running below the 8L/100km mark.

Ok, enough about the specifications. Let’s look at the fashionable side of the new Tucson, which is definitely striking. Firstly, although the 17inch wheels on the executive may seem more ‘down-to-earth’ in contrast to the 19 inch ‘look-at-me’ wheels on the Elite model, this counts as a win. The smaller wheels bring more comfort to an already smooth ride in the Elite model.

The Cape Winter forced my passengers to set a new Olympic sprint record from our work station towards the car, but looking at it from the inside of a restaurant, several minutes later, we all agreed that this model is highly attractive. And no, it was not due to the white panels in contrast to the dark rainy clouds, looming overhead.

Sitting in the back, my German colleague even stated that he and his two 1,8 -1,9 meter brothers would sit comfortably in the back (yes, I know, I am making use of stereotypes). I have to agree that I had a hand in this, using him as a valuable test mechanism, while unconsciously seating my other 1,6m colleague in the front with more than enough leg room.

Taking one of the German brothers out, you can unfold the centre armrest with two cup holders; fancy. My front passenger even adjusted his seat electronically and changed the temperature for his side of the car in order to accommodate his skinny preferences. Both passengers also made constant positive remarks about the exclusive feel of the material inside the car.

So, I feel it is time to come back to one of my first questions and thus an overall conclusion to this review. The current Tucson definitely seems to be better in all facets to the previous ix-35. Combined with the 5-year/150,000km warranty, this seems to be a very good purchase.

A price tag of N$419,900, however proves a stumbling point for this 1.6 TGDi 4×2 manual model. Taking the marginal difference in fuel consumption to its competitors as well as a rise in demand for pre-owned vehicles in the local market, Hyundai might have taken too much of an ask with regards to this specific model.

Don’t get me wrong, this model caters exceptionally well to its main purpose. From accommodating toddlers with big ice-cream cones and dirty fingers, to using it for your weekend mountain bike trips or even taking to the coastal roads of the Garden Route, this vehicle caters for all needs.

The one remark, however still stands; this Tucson might have a high price tag in relation to its competitors and even the 2.0 litre version of this Tucson.