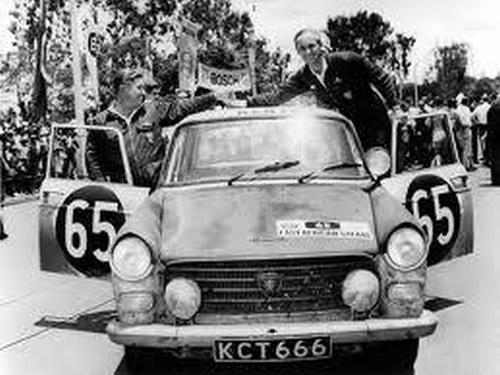 First held in 1953 in honour of Queen Elizabeth II, Africa has not seen a World Rally Championship round since Colin McRae and Nicky Grist took victory in the 50th Safari Rally, back in 2002. Arguably coined as the “world’s toughest rally”, the African Safari Rally is set to take on the picturesque Kenyan landscape once again this coming weekend and while COVID regulations might make it difficult to travel, the WRC platform will allow for full access.

Having covered five rounds already, the 2021 World Rally Championship will reach its midway point this coming weekend (24 – 27 June) before it heads back to Europe and Japan.

The 2021 season has been riveting thus far, with Toyota Gazoo Racing heading the field with a 1-2 in the standings, followed by the two Hyundai’s of Thierry Neuville and Ott Tänak. While the former took the win in Lapland (Finland) in February, Neuville is yet to win a 2021 round. Constantly fighting for the top position throughout the whole year, only to be struck by bad luck on several occasions, the Belgian will head to Kenya, hoping to cement victory. The Hyundai driver has not finished a season without victory since 2016.

While Jari-Matti Latvala took over the reigns at Toyota Gazoo Racing from Tommi Mäkinen at the start of the year, Toyota has probably seen one of its most successful starts to a season since its entrance in 2017. With four out of five victories, both Sebastién Ogier / Julien Ingrassia and Elfyn Evans / Scott Martin are locked in a dual.

The latter has the difficult task of seeking revenge from his teammate, whilst also keeping the team in the lead. This after the Englishman lost his championship lead to Ogier in the last 2020 WRC round at Monza. Evans will not only be hungry to take his second win of the season, but also to take a potential 8th World Rally Championship away from Ogier.

Who are the favourites?

Ogier, as a seven-time and current defending champion has to be considered as the favourite, heading for Kenya. The Frenchman not only won 3 of the opening five rounds, but also finished on the podium, four times.

Evans in comparison, also finished on the podium on 4 occasions, but only managed to win in Portugal. The Englishman now trails Ogier by 11 points, with a total of 30 points available for the winner (and powerstage winner).

Neuville has been a consistent third-place finisher, up until the Portuguese round, where the Belgian only managed to take second place in the powerstage and with it, four points. He again finished third in Sardegna and hopes to break the third-place curse in Kenya. He now trails Evans by 18 points and Ogier by 29.

Tänak might yet spring a surprise as the Estonian and 2019 champion struggles to find a rhythm this year. While winning in Lapland, he retired on the first round and has not finished on the podium since.

Other drivers to watch out for will be the Toyota youngsters of Kalle Rovanpera and Takamoto Katsuta, who have also impressed thus far, while the Hyundai of Dani Sordo as well as the Ford’s of Gus Greensmith and Adrien Fourmaix will also be difficult competitors.

Solberg to make his gravel debut

The Solberg name will once again feature on the Safari rally as Oliver Solberg will make his gravel debut for the Hyundai squad. Being the son of the legendary 2003 champion, Petter Solberg, Oliver finished an impressive seventh on his WRC debut in Lapland this year.

The 19-year old is not only seen as a future champion, but also recently defeated the likes of Tänak at Rally di Alba, which was his tarmac debut in a full-blown WRC car. Solberg would have raced in Sardegna, but had to quarantine due to his father, Petter, being tested positive for COVID.

To put this into perspective, Solberg was only born some 11 months before the last Safari rally was held in 2002.

One full week of waiting…

While we can at last start biting our fingernails in anticipation of the first Safari rally in almost two decades, one week might still seem like a very long time.