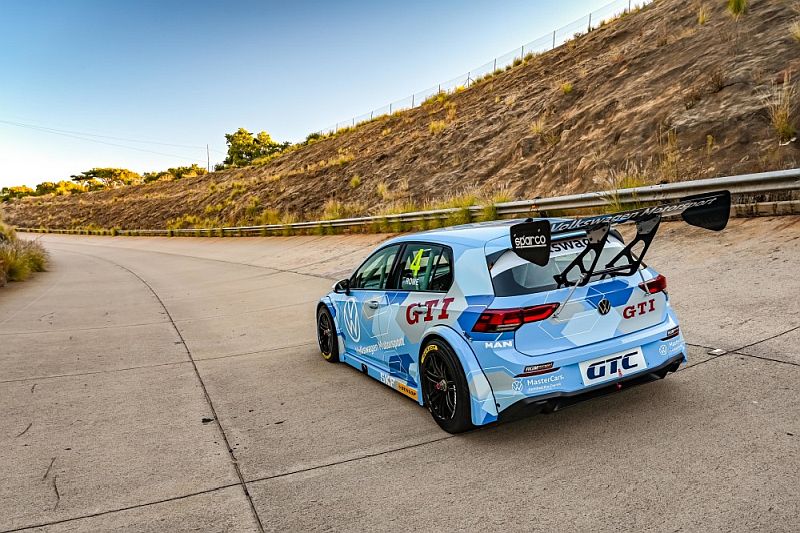 After dominating the 2019 Global Touringcars Championship, Volkswagen Motorsport South Africa will once again tackle the shortened 2020 season with a completely new car.

In 2019, Keagan Masters added the top-tier GTC championship to his GTC2 titles. In addition to this, his teammate, Daniel Rowe helped the team to also secure the manufacturers championship. In GTC 2, Brad Liebenberg won the GTC2 title and with help from Adrian Wood, secured the GTC2 manufacturers title. All-in-all, this meant that Volkswagen South Africa managed a feat, no other team has done before.

In 2021, Volkswagen will no longer be racing with the Jetta body, but will rather switch to the new Golf 8 GTi body. This not only makes the car shorter, but also much lighter and more streamline. Having driven the car during testing, Masters noted that the new Golf 8 GTi GTC (using the EA888 engine), is much better on acceleration and deceleration.  An improved power to weight ratio also means that the car will handle much better in corners.

Packed with roughly 500hp and upwards of 600Nm, the competition is set to go to bed somewhat more worried.

2020 Will also mark the 24th year of the iconic Polo Cup. To date, this racing series has been very successful at producing high -level drivers, both local and International. Fine-tuning their skills, the Volkswagen Polo Cup has seen Kelvin van der Linde, moving over to GT3 racing, winning two ADAC GT masters championships, as well as the iconic 24-hours of Nürburgring.

Younger brother, Sheldon van der Linde, also sees himself racing for BMW in the German Touringcar Championship. In 2019, van der Linde and Jonathan Aberdein both saw themselves at the head of the rookie field.

South African Motorsport is once again seeing itself on the International spectrum, which can largely be attributed to the success of the Volkswagen South Africa group investment in feeder racing series’.

While Masters and Rowe will head the GTC1 field, Jonathan Mogotsi will move from the Polo Cup to race in the newly named SupaCup (replacing the old GTC2 naming). These cars will develop in excess of 200kW and be driven by a 6-speed M-Trac Sequential Gearbox.

The start of the 2020 South African Motorsport circuit racing season is still to be confirmed, but we can be certain that Volkswagen will not let the other four GTC manufacturers rest with comfort during the coming months.

The championship hopes to see its return to the track in August, with the Zwartkops Raceway in Johannesburg likely to kick the action off.