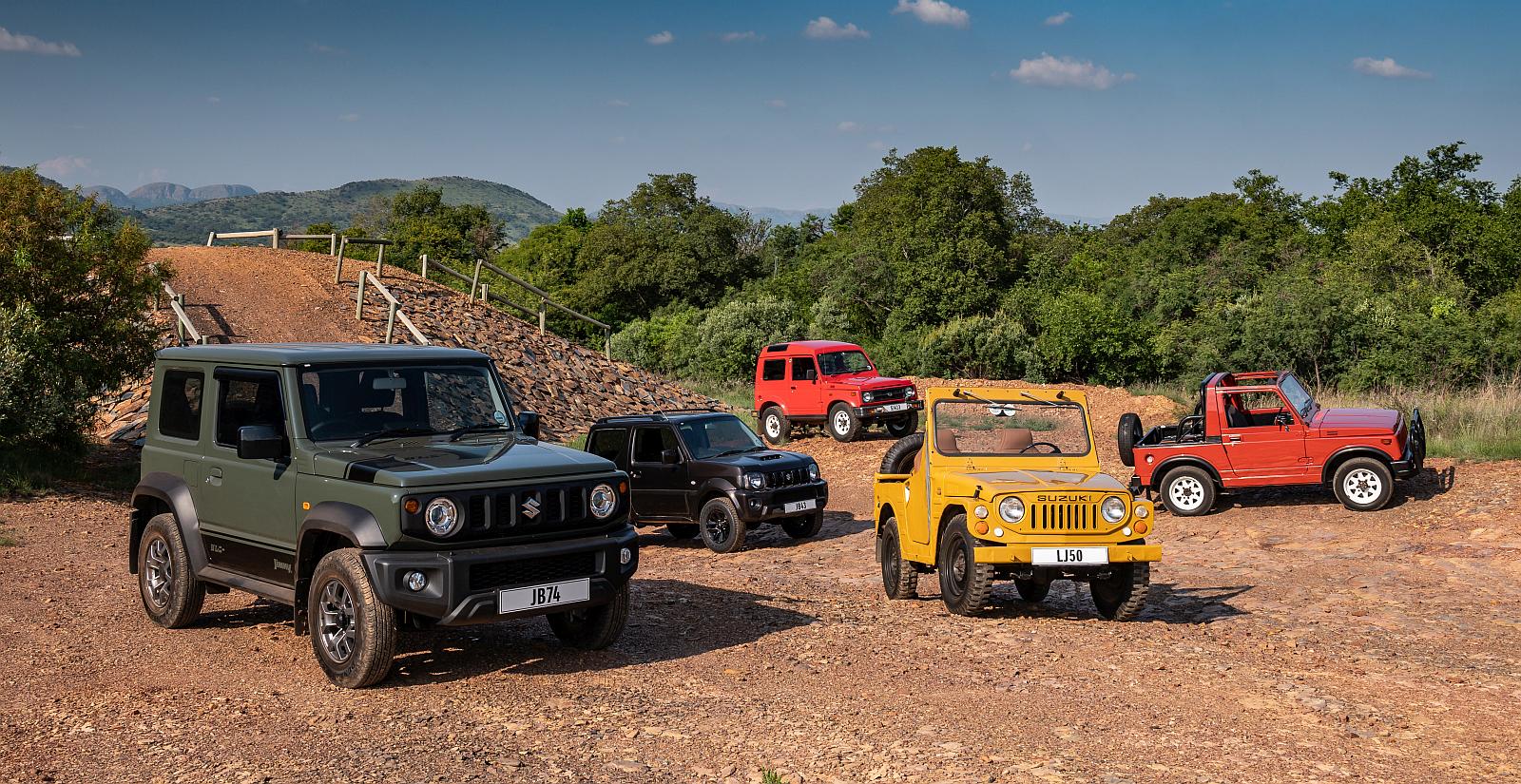 One of the largest motoring gatherings, certainly in the southern hemisphere, and potentially the world, is winking on the horizon.

Since the 1970’s, the Suzuki Jimny (SJ and LJ) name has provided an abundance of fun to various owners, whilst leaving others in disbelief as it mastered any 4×4 terrain. Read more about the Jimny lineage by heading to this link: https://www.namwheels.com/lineage-suzuki-jimny/

Marking 50 years of its existence, the Free State town of Clarens will host the #JimnyGathering from 22 to 24 September 2023. This town was identified due to its central location within the country, its ease of access, and its noteworthy natural beauty.

Since Suzuki re-entered South Africa in 2008, the manufacturer has sold 17 500 Jimnies. Suzuki South Africa aims for this number to grow well beyond 20 000 by September 2023. Be prepared to invest in replacement headlamps as the custom of “flashing” oncoming Jimnies might become quite an exercise.

Since the launch of the GLX and GA fourth generation Jimny models in 2018, this agile off-roader has grown in popularity to such an extent that Suzuki recently launched the mid-tier GL model. This derivative, whilst more simplistic with regards to aesthetics, has the same 4×4 capabilities of both the GA and GLX derivatives.

The Jimny Safari Town Festival and Jimny Gathering will see attendees arrive on Friday 22 September 2023. On the Saturday, all Jimnies will depart on a Jimny expedition and join the Safari Town Festival, where performers such as Mango Groove, Goodluck, and Spoegwolf will be performing, as well as fellow Jimny owner and local comedian, Schalk Bezuidenhout.

24 September 2023 will be celebrated as National Heritage Day and also mark the official record of the Jimny gathering. These memories will then be shared with attendees, which they can take with on their departure on the national holiday, 25 September.

Those interested in participating may head over to Suzuki’s social media platforms, as well as a dedicated Jimny Gathering Instagram account, known as @jimnygathering. Readers can also access the jimnygathering.co.za website for more information.  We are certainly looking forward in seeing our fellow Jimny enthusiasts at the event.