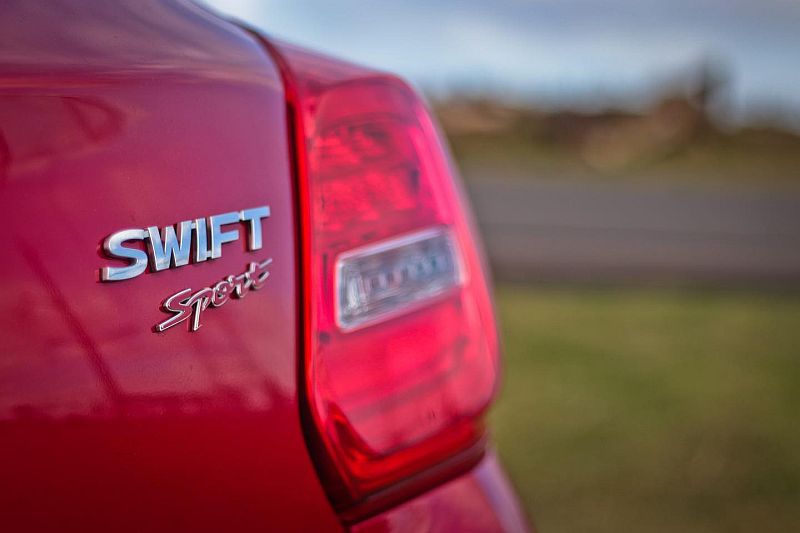 No, dear reader, I did not forget to add a model year to this article’s heading for this is supposed to be a purchasing aid for every single sporty Suzuki Swift model that arrived on Namibian soil. Our recent journeys with a 2020 Automatic press car definitely helped in this regard.

Technically there is a generation before this cute and round model but as we never (officially) got these in southern Africa, our Generation One is the range internally known as “RS”. The Sport models spanned most of this range’s production but southern African ones were limited to 100 numbered models for the year 2010.

Most Namibians will have spotted grey market variants by now but the proper Swift Sport is identified by a plaque and certificate. They were only imported in two-door guise with a five-speed manual gearbox driving the front wheels. Power came from a high-compression 1.6L in-line four cylinder petrol engine developing up to 123hp or 148Nm.

It was this engine’s urgency and 7,200rpm rev limiter which led me to buy a pre-owned unit in 2014. Number 56 of 100 was metallic red with black and red fabric seats (they all had those) and put a huge smile on my face for about a week; until I realised that its unbearably hard ride does not soften with time.

Other niggles people noted were a lack of Bluetooth, the impractical two-door shape, tiny boot and even smaller fuel tank. All of this could’ve been annoying in a daily driver but after just a few months of hectic ownership I sold my Triple-Ess for more than I paid. To this day it remains the only vehicle I ever made a profit on.

I’ve almost pulled the trigger on a few prime examples of this “AZG” model because Suzuki (at least on our shores) addressed most of the above complaints. For starters, it had rear doors, a spare wheel and slightly bigger boot. Its fuel tank didn’t grow but thee most important updates were calmer steering feel and actual suspension.

Because there was slightly more weight to this car, I always felt that it lost a bit of urgency over its fervent predecessor. Nonetheless, all of us at NamWheels loved our testing tenures with two Gen-II Swift Sports. The 1.6L engine now put out 136hp but improved drivability with 160Nm of torque and an extra forward gear.

Should you fancy one of these little pocket rockets, you have our wholehearted approval. Although space is still a tad limited, the 2nd local Swift Sport is easier to live with than its forebear and should even make a decent daily driver. Which, once you chase its tachometer needle to seven, is also highly entertaining.

Suzuki usually takes a year or two to develop its sporty Swift model and this “A2L” range was no different. The normal, rounder, and more refined Swift appeared in 2017 while Sport landed on local soil in 2019. We attended the South African launch at Redstar Raceway in Gauteng where we got to experience all its new innovations.

Yes, it’s grown a bit and yes, it’s got better lights or whatever but the really big headlines are turbo power and the option of an automatic gearbox. That rabid 1,586cc four-pot screamer has been replaced by a 1.4L “BoosterJet” turbocharged engine developing up to 138hp or 230Nm. So power is barely improved but torque shot up.

Personally I find that to be a conundrum because I adored the 1.6’s revvy nature but will concede that – especially at high altitudes – it needed to be worked hard for decent performance. Again, I love cars like that but it appears that the whole world has fallen in love with turbo-induced waves of medium-rev torque.

Suzuki, as always, listened to the market.

I’m delighted to tell you that, while it won’t do seven grand on its rev counter, this new motor is still highly responsive and hasn’t fallen into the trap of scary performance… it’s still a manageable, fun and agile little hatchback. The same goes for its auto-box, which isn’t as involving as the manual but does a superb job of keeping the sporty little hatchback going.

Unfortunately Suzuki had to adapt the price for all this extra oomph (…and contemporary tech) so the 2020 Swift Sport costs R317,900 while the Auto costs 20 grand more. If you do heavy commuting, high mileage or can’t drive a manual, we can all highly recommend it. Everyone else will find good-old Swift Sport fun in the regular manual version.