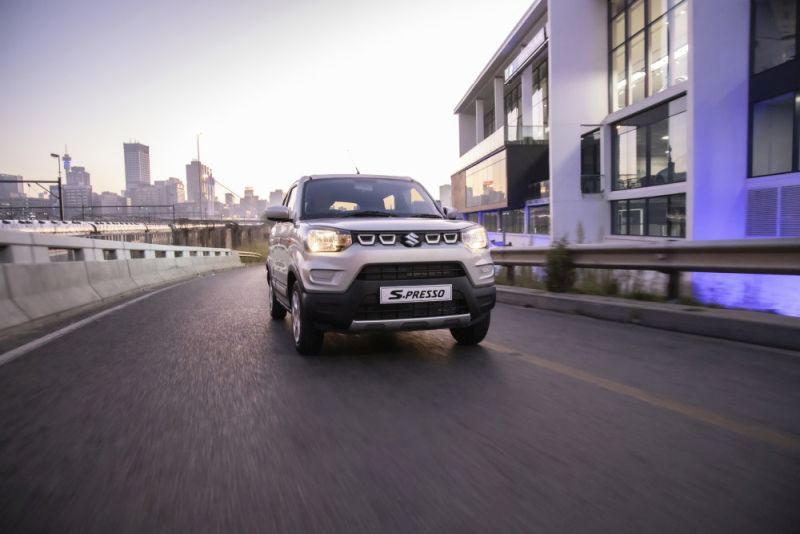 An alternative to a failing transport sector: The city slicker duel

Since the start of the new decade, we’ve been fortunate to test a range of small hatchbacks, made for the ever-increasing demand of compact, affordable cars for the expanding urban jungle. Some would agree that our public transport systems are becoming a potential headache, with safety being the main concern. Should a new car be the only option to leave this problem behind, we may be able to help.

While none of the mentioned cars will set new land speed records or even be the chosen family holiday car between Cape Town and Johannesburg, each have their own characteristic and has been specifically designed to conquer the urban space, minimize your financial burden as well as improve general ease of use.

Let’s have a look at the competitors:

Peugeot launched their new 108 in late 2019. Constructed in the same Czech Republic factory as the Toyota Aygo, the two cars have very similar features and this one proves to be one of the best entries in the sub-R190,000 category.

Being naturally aspirated and with a low amount of power, the engine needs to be revved in order to gain the maximum amount of power. However, once it is in 5th gear, it has the capability of running smoothly at 100km/h on the highway (this can not be said for some of the rivals in this article).

Ride quality and handling are also good; with comfortable seating. During our test, strong south-easterly winds made a strong appearance but the 108 was relatively easy to manage.

Like all its rivals, the 108 also comes to the market with Android Auto and Apple CarPlay, USB and Bluetooth. What we do like about the 108 is the multifunctional and height-adjustable steering wheel (not all the competitors have this feature).

“…this pushed the 108 into second position.”

More so, the 108 also features 6 airbags, stability control, anti-lock brakes, hill start assist and ISOfix seat mounts. For us, this pushed the 108 into second position.

Yes, the 108 has less luggage space than its rivals, but with great safety features at this price point, one should seriously consider this when purchasing a new small car.

In contrast to most of its challengers, the south-eastern winds were a difficult task for the Kwid. Yes, it has a ground clearance of 180mm to tackle rough roads and 4×4 sections (as we commonly find in our city scapes), but this creates another and frankly unnecessary problem.

Have you ever played a racing game with a faulty controller, where the car suddenly veers in another direction at warp speed? This is how the Kwid feels at high speed with heavy winds. Then again, the Kwid was not meant for the open roads, yet some buyers would like to have that option.

Not a good start for the Kwid then.

However, there is a very practical reason as to why the Kwid recently overtook competitors to be the third highest selling passenger car in South Africa. Marketing on Renault’s side has been done very well, with class-leading luggage space, ride-height and features like a reverse camera, offered in this model. It seems modern, causing quite the hype among the younger and first-time buyers. Yet, this will come at a cost, not necessarily referring to the financial impact, but rather safety.

However, Renault also updated its safety with new ABS brakes and dual front airbags. During emergency stop from 60km/h, the new Kwid does quite well against some of its competitors and is light-years ahead of the initial model.

Marketed as the perfect car for any first-time buyer, it is generally suggested that individuals should look at the pre-owned market before jumping into a brand new Kwid.

The Afrikaans language has a saying: “Goedkoop koop is duur koop” (roughly translated as: buying cheap is to buy at great expense) …

Certainly one of our favourite small city hatchbacks in 2020, the Atos impressed us with its value-for-money offering. It might not have the largest luggage compartment and will certainly not be the chosen weapon for any open-road excursion (for this option we need to look at the R190,000 – R210,000 market), but its 7-year warranty, competitive price, interior quality and fuel consumption surely brings it into the equation.

Replacing the i10, this new Atos offers enough legroom for four people in comparison with its rivals. It is for this reason that we are not too worried about the lack of luggage space. Simply fold the rear seats down and there you go.

The new Atos also has sharper steering and less road noise, providing a much better drive quality as well as being safer than most of the rivals. Featuring very responsive ABS, emergency brake force distribution and electronic stability control, the Atos is easy to stop and will certainly best its rivals in this category.

Inside, the Atos has been fitted with a 7-inch touchscreen, multi-functional steering wheel, Apple CarPlay / Android Auto, Bluetooth and USB connectivity.

Unfortunately, the downfall for the Atos is its lack of height or reach adjustable steering column. Whilst also featuring two airbags at the front, this does put the Atos behind the Peugeot 108 (6 airbags).

Battling for the position of being the most affordable automatic hatchback in South Africa, the Datsun GO CVT is R10,000 cheaper than the Suzuki Swift AMT and R10,000 more expensive than the Renault Kwid Climber AMT. Not to throw more fuel on the Kwid fire, we would like to mention that a R10,000 expense is worth spending when it comes to an automatic gearbox in this category.

Under R200,000 one can certainly not expect the best automated gearbox in the industry, yet the CVT in the Datsun seems to be generations ahead of the AMT in the Kwid. Whilst the Kwid AMT should in actual fact be sold with a 12 month free subscription to sea sickness medication, the CVT is capable of accelerating without the ever-present jolts.

The CVT does bring with it a high pitched, high revolution scream as pressure is exercised on the right pedal, the car will eventually accelerate. We have driven much more expensive CVT derivatives, bringing with it much greater headaches than the CVT in the Datsun Go.

The Go CVT is also a decent option against its manual sibling. With more power and using 10% less fuel, the CVT in the GO certainly pays is dividends.

Testing it against the Kwid, the ABS (with EBD) in the Datsun Go did seem to take somewhat longer to bring the car to a stop, however, not significantly. Ed: this is mostly due to the difference in weight. With stability control as standard, the GO CVT did prove to withstand the South-Easter with more confidence than the Kwid.

Should a brand-new automatic car under R190,000 be the only option for you, we can suggest the Datsun GO CVT as the first point of offer.

Yes, the Suzuki Swift might not be as new as all of its competitors; and the GL model is R15,000 more expensive (R162,900 for the 1.2 GA and R193,900 for the automatic AMT GL), but there is a very specific reason why Suzuki breaks its own sales record on a monthly basis.

Rather than tinkering with bizarre technologies, Suzuki spent its time and value offering on the safety aspect. This certainly proves to be the more realistic and logical option.

The recent WesBank / Cars.co.za victory in the budget car category also speaks volumes as the Swift GL is safer, more fuel efficient and very easy to manoeuvre in the inner city landscapes.

Equipped with a multi-function steering wheel (height- and length-adjustable), air conditioning, Bluetooth / USB connectivity, ISOfix points, dual front airbags, and ABS with EBD, the Swift GL matches its competitors while displaying a slight edge when it comes to handling.

With a shorter and wider body (without compromising luggage space), the Swift will easily outwit any small one-way street in a busy urban centre. On launch, the Swift was also tested on the stretched and open roads of Kwazulu-Natal, reinforcing our statement that the Swift might be the winner, should any of the above-mentioned cars make its way out of the city and onto the faster and wider roads.

Yet to be tested, the new S-Presso made quite an impression, overruling the Renault Kwid as the most affordable car on the market. All models fall within the price range of R134,900 to R160,900. Secondly, a small service plan and decent warranty help to make this range highly desirable.

Although we are yet to do a more thorough analysis, the current specifications already tick most of the boxes in this price range.

Standing 180mm clear of the ground, the S-Presso should be capable of taking on gravel roads. Secondly, its overall size should make it easily maneuverable in the city.

In terms of safety, the S-Presso will be equipped with dual front airbags, ABS with EBD, as well as rear park distance control. You should also find the base model with electric front windows, air conditioning, an integrated multi-functional display as well as remote central locking.

Those willing to pay slightly more for the R139,900 GL+ model will get an additional touchscreen with a reverse camera, Apple CarPlay & Android Auto, as well as Bluetooth-, AUX- and USB connectivity.

Pay R147,900 and you receive all this as well as a silver front grille, front- and rear skid plates, protective wheel arch cladding, as well as silver door panel garnish.

The GL+ will probably be the desired model in this range as it covers most of the need and want boxes.

At 50kW and 90Nm, we expect the S-Presso to not really raise the performance bar, but trust it can be one of the best choices in this comparison, mainly due to affordability, luggage space, fuel consumption as well as safety.

In conclusion, if you are looking for an urban commuter below R190,000, there are multiple options. Different customers look at different features. However, should safety, fuel economy and overall practicality be the determining factors, we can’t shy away from the Suzuki Swift, Suzuki S-Presso, Peugeot 108 Active as well as the Hyundai Atos.