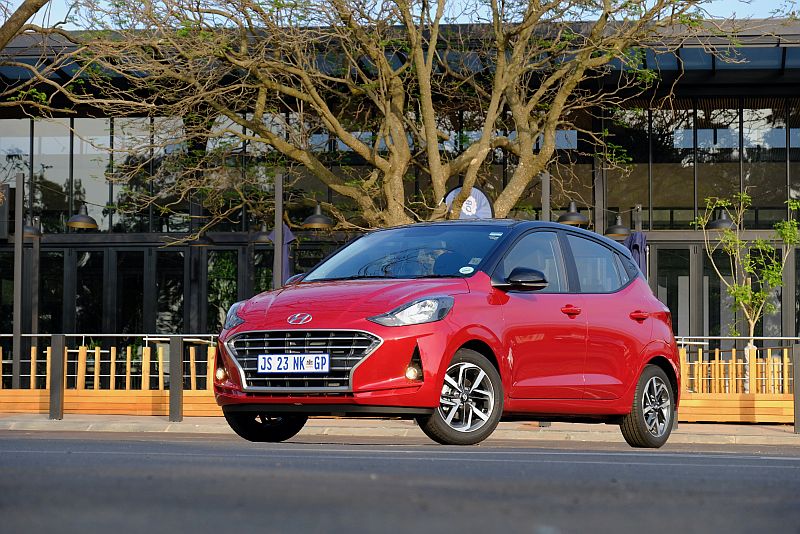 “Ask them if the new one can take a towbar? And if they fixed the intermittent wiper!” chirps my mom-in-law when she heard that I’d be driving the latest version of her Hyundai Grand i10.

Like most Hyundai owners, my wife’s mum was first attracted to the Korean brand because of the excellent value and no-frills motoring their products represented. She also doesn’t need much encouragement to get rapturous – albeit with a melancholic undertone – about her previous Hyundai, a 1.4 Getz.

This beloved steed was traded in at some random six-digit service, not because there was anything wrong with it, but because the dealer offered an irresistible deal on a then-new Grand i10. And after a few years of ownership, her pale blue metallic 1.25 Hyundai is performing flawlessly. Except for those blasted wipers.

So, for the nitty-gritty. This 2020 model is an all-new, from-the-ground-up redesign although it obviously shares oily bits, gadgets and trim pieces with other (or previous) models. Typing of which, this is apparently the third version of the Grand i10, if you count the original i10 that preceded any Grand models on local soil.

Hyundai claims more space, quality and technology for this newcomer while also offering a wider range of engine / gearbox / trim combinations. A familiar workhorse is the 1.2L in-line 4-cylinder petrol engine with maximum figures of 61kW or 114Nm. It is joined by a new-to-this-range 1L straight 3-cylinder with 49kW and 94Nm.

Both power plants can be had with your choice of a five-speed manual or four-speed automatic gearbox driving the front wheels. We only sampled a 1L Manual example on the car’s launch and found its performance to be adequate for everyday use. High speed, high load or high altitude scenarios will certainly be its undoing; heaven forbid in cahoots with an auto-box.

Other niggles we observed were a very shiny and coarse-looking dash top, the odd rattle from the dash area, plus the exclusion of a physical volume knob. This is a personal (and admittedly, small) complaint as the Grand i10 also has secondary media controls on its height-adjustable steering wheel.

The audio system is an aftermarket unit which works well and is capable of chatting to Apple or Android devices. It’s worth noting that Hyundai fits this intuitive device to every new Grand i10 model; yes, even the lower-spec “Motion” derivatives. As is now customary, the Koreans were very generous in the base specs of their newbie.

Other stuff which might seal a deal include rear ventilation, basic trip computer, power exterior mirrors, four power windows, front and rear 12V sockets, that touch-screen media system with four speakers, as well as variable intermittent wipers. My skoonma and I will disagree with that one though…

By the way, the boot can take up to 360L of your stuff which can be expanded to 910L if you throw out the rear passengers. Other vital statistics include 157mm of ground clearance, almost 900kg kerb weight and a maximum payload of around 490kg. So, like, a small family but no more than three rugby players?

1L Motion models have 165/70R14 tyres on steelies with hubcups, while all Fluid versions get alloy wheels shod with either 165/70R14 (1L Manual) or 175/60R15 tyres. We found the compact hatchback’s ride to be very pliant with a high degree of comfort – despite its slightly flat seats – in all but very high-speed antics.

Anyway. Personally I found the new Grand i10’s styling slightly aggressive (for a small hatchback) but it is by no means ungainly. In fact, having a bit of attitude will certainly help the little car to gain a few more followers. Ditto for the 5-year/100,000km warranty with an additional two years and 50,000km for the power train.

Each new Hyundai Grand i10 also ships with a 1-year/15,000km service plan but – considering that the recommended service interval is 15,000km – that is not a service plan. It’s a service. For your peace of mind, the manufacturer also includes roadside assistance for the duration of the vehicle’s primary warranty (5 years/100,000km).

Prices currently range from R191,900 to R256,900 with a choice of five colours: Polar White, Fiery Red, Typhoon Silver, Titan Grey or Phantom Black. The first two can be ordered with a two-tone roof on selected models. Which can hopefully house a pair of roof racks, as the towbar-mounted bike rack won’t fit on any Grand i10…