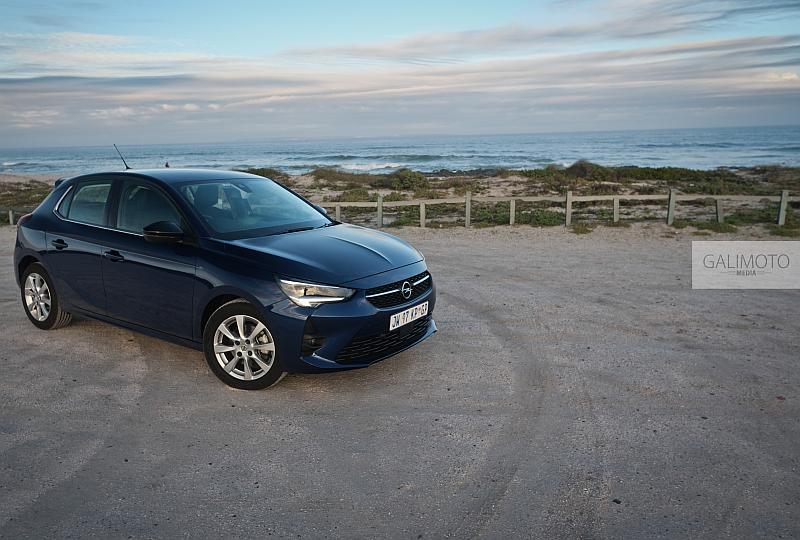 Hey, when last have we done a comparison at NamWheels? These two new hatchbacks arrived on my driveway exactly one month apart with quite a few similarities to their character…

OK, OK. I’ll admit that the very first thing I noticed was the rather square digital instrument cluster in both vehicles. The Opel’s comparably simpler screen has taken quite a bit of flak in recent reviews while the Hyundai’s more extravagant display collected a few brownie points.

Me? I think the German reverted to type by going all understated while those industrious Koreans are hell-bent on making an impact; especially design-wise. That’s not necessarily a good thing at all times. The i20’s rev counter isn’t exactly easy to read while both vehicles fail to offer different layout options. And I fear that may eventually be more annoying in the vibrant Hyundai.

The next thing that has these two contenders standing shoulder to shoulder is their basic design; their segment. Both are compact hatchbacks, a portion of our market that used to be enormous (think Polo, earlier i20’s, etc.) but is slowly being eroded… sorry, I meant rapidly being obliterated by compact city SUV’s and crossovers.

The most notable deviation appears when you put these cars on a scale: the Corsa brings up a fairly decent 1,230kg but is shamed by the featherweight Hyundai with just 990kg. Please note: these are merely the manufacturer claims we are working with; as we don’t have a bathroom scale that can tilt a ton!

… we do have in our possession is a Racelogic Performance Box which – ding! – you guessed it, can measure the sprinting ability of these hot new hatches. Hyundai claims 0-100km/h in 9.7 seconds and our best attempt yielded an astonishing 9.36. Opel lays claims to 8.7 seconds and this dark blue Corsa also impressed us with a best time of 8.59 seconds.

It wasn’t a foregone conclusion, to be honest. The 1L turbo-petrol 3-cylinder Hyundai (90kW) may be down on power compared to the 1.2L 3-cylinder turbo-petrol Opel (96kW) but it’s also lighter and – in our slightly unfair comparison – we piloted a Manual i20 against this Automatic-only Corsa derivative.

That brought the times closer together because an Automatic i20 1.0T Fluid wouldn’t stand a chance against the torquey Opel. For the record, the Corsa develops up to 230Nm from 1750rpm while the i20 can only counter with a maximum of 172Nm from 1500rpm onwards.

Ahh, now we’ve come to a rather subjective topic. You may have just noticed that the Hyundai i20 1.0T develops its torque at lower rpm’s, and that’s something we certainly chalked up as a positive in this manual press vehicle. As long as you keep that bizarre rpm gauge above 1,500 this fashionable Korean is a great little pocket rocket.

The Opel, most certainly due to its extra weight and less involving transmission, felt more restrained and subdued. I wouldn’t call it slower, they both excel at the modern motorist’s favourite game – mid-range torque forays – but if it’s a bit of performance pleasure you’re looking for, immediately go for the i20.

Same goes for their ride and handling. Thanks to its newfound French roots, the Opel ride feels smoother than the Hyundai’s. That extra weight means it also feels more planted (and quiet) at high speeds while over-driving the poor things led to more under-steer and tyre torture in the i20.

The brakes! We conducted a single emergency stop in both vehicles and the Corsa took 43.86m while the i20 needed 46.86 metres. We firmly believe that this difference was down to tyre choice as the more premium Opel rode on expensive Continental pneus while the cheaper i20 was shod with CEAT rubber.

Which brings us to the unsavoury question of price. In this configuration, the agile and entertaining Hyundai i20 1.0T Fluid is just R331,000 while the more grown-up (but automatic shifter) Opel Corsa 1.2T Elegance retails for R387,000. You can add an auto-box to the Hyundai, but that only shrinks the gap by 25 grand.

What would you choose?

If I had the budget, the Opel is a better vehicle with more features and superior drive train. However, if you’re looking for maximum bang-for-you-buck, the i20 will not be a disappointment. It also has the distinct advantage of offering that lovely three-pot throbbing sound with a turbo and a clutch pedal!