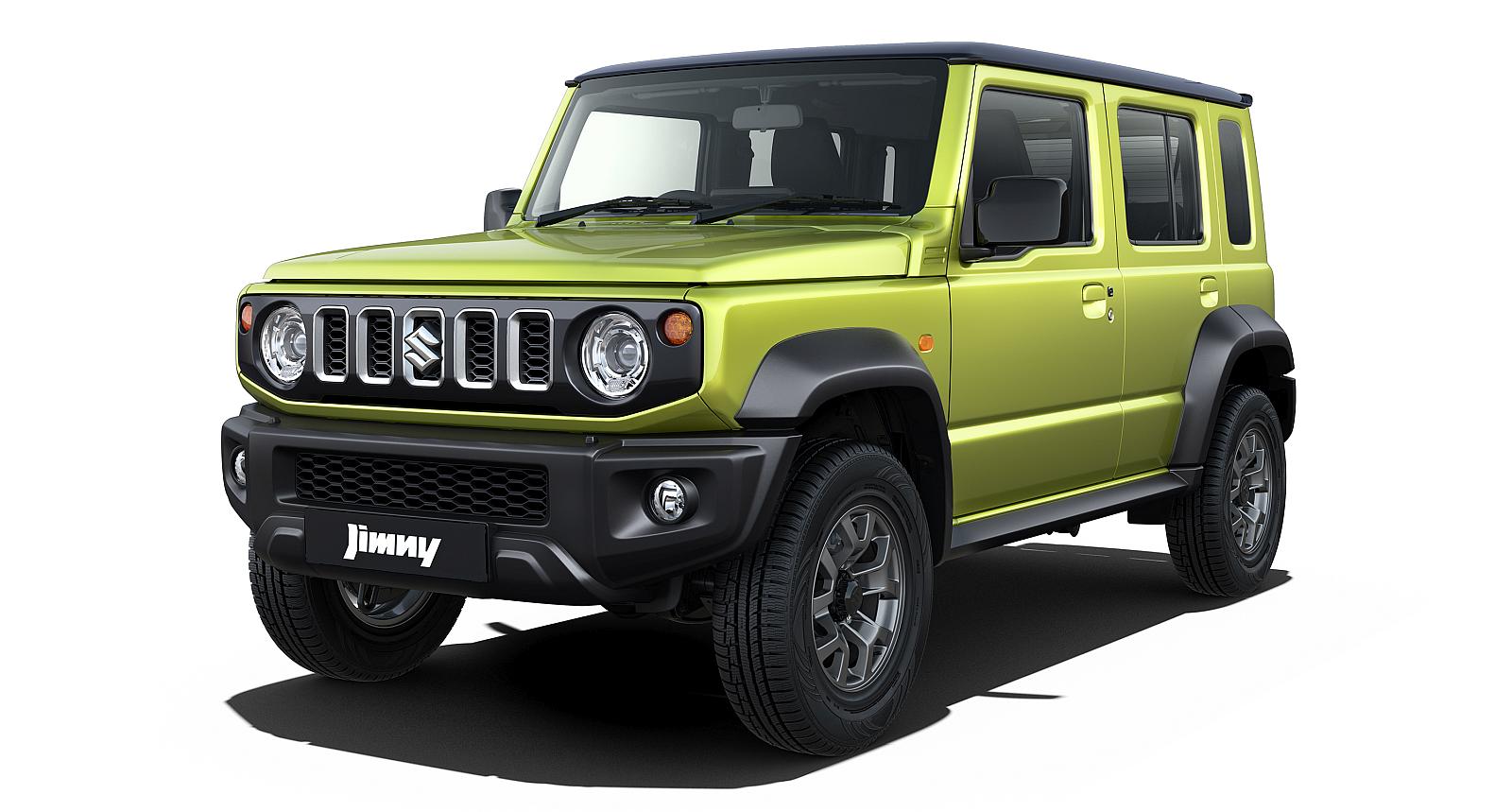 At last, the 5-door version of the Jimny JB74 has been showcased at the 2023 Auto Expo in New-Delhi, India. Set to officially be launched in India around March 2023, Southern-Africans will have to wait a bit longer for the arrival of this eagerly anticipated off-roader.

While the Jimny has always had a cult following in Southern Africa, strengthened by the local launch of the third generation in 2008, and the fourth generation in 2018, adequate space has always been a problem for larger families.

Spy shots of a camouflaged 5-door Jimny made the rounds on the Internet, late in 2022, but as of 12 January 2023, the new 5-door version has officially been revealed to the public, along with Suzuki’s first-ever fully electric concept (set for a 2025 International launch), and the all-new Fronx SUV model, which will slot into the small-SUV segment.

Whilst rumors made the rounds and many feared that the new 5-door would be less capable on the off-beaten tracks, enthusiasts can rest, knowing that the new version will also be driven by a 4-wheel drive AllGrip system (including low range).

At 1200kg, the 5-door Jimny will only be 100kg heavier than the current 3-door version. Therefore, the same K15B petrol engine has been kept powering the new Jimny. This 1.5-liter engine is capable of 77kW and 134Nm. As with the small Jimny, owners will have a choice between a five-speed manual or a four-speed automatic.

Inside, the new 5-door Jimny will boast a new 9-inch infotainment system. Yet, the biggest talking point will be the 208 liters of luggage space; some 123 liters more than the three-door version.

Pricing and an official Southern-African launch date is yet to be confirmed, but it has been hinted to take place during the latter part of 2023 or the beginning of 2024. In the meantime, readers can keep their eyes on our NamWheels website to see how well we coped with the 3-door Jimny during a recent two-week nation-wide roadtrip. Jimny owners are also encouraged to register for the #JimnyGathering, which is set to take place in Clarens on 21 – 24 September.

More information can be found on the www.jimnygathering.co.za website.