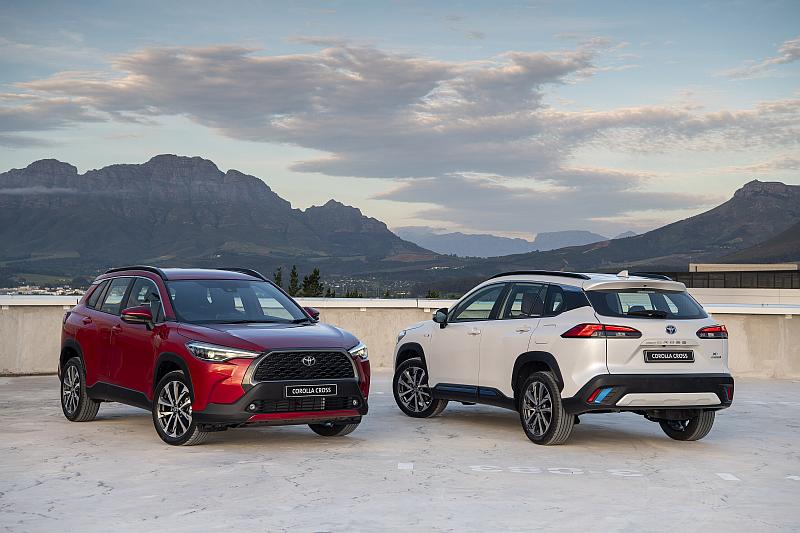 The highly anticipated Toyota Corolla Cross has just been launched and together with the already-established Corolla sedan / hatchback and Rav4 models, is set to make the manufacturer even more popular as it answers the latest demands of customers.

With Toyota already being a well-established brand in southern Africa, many customers are now seeking increasing reliability and cost-effective motoring. Toyota is ready to answer this growing demand; and while hybrid technologies might still be expensive (at least in developing countries), Toyota will locally assemble most of its new hybrid models, making them more affordable.

Before we test and tell our readers more about the hybrid Corolla and Rav4 models, we are excited to share some details regarding the Corolla Cross itself.

The Corolla Cross features ground clearance of 161mm, a 7-speed CVT (Continuously Variable Transmission) as well as safety features such as an anti-theft system, auto-door locks, ISOFIX anchor points and multiple airbags across the range.

Furthermore, all three of the non-hybrid models will feature a 1.8 litre 2Zr-Fe VVt-I petrol engine, capable of 103kW (at 6000 rpm) and 172Nm (at 4400 rpm). The two hybrid 2ZR-FXE models can deliver 72kW and 142Nm from an Internal Combustion Engine, while the electric motors deliver an additional 53kW and 163Nm (at full capacity). This in turn not only results in more efficiency, but ultimately more power, torque and acceleration.

The hybrid system should work especially well at slow speeds or urban traffic, coasting, going downhill or when reversing; whilst the EV mode is meant to completely keep the car in its electric mode. The battery will also be recharged through means of regenerative braking or by using the petrol engine.

The petrol engine alone is said to deliver an average fuel consumption of 6.8 litre per 100km, while the hybrid derivatives allege a claimed figure of only 4.3 litres per 100km.

Let’s now look at each of the three model variants which will be sold in the Corolla Cross range.

The Xs model, in addition to the features of the Xi, will also include foglamps, LED headlamps, park distance control and rain-sensing wipers. Inside you will find leather, dual-zone air conditioning and a TFT-type multi-information display.

All models will be sold with a six-service / 90 000km service plan, a 3-year / 100 000km warranty and an additional 8-year hybrid warranty for the hybrid models.