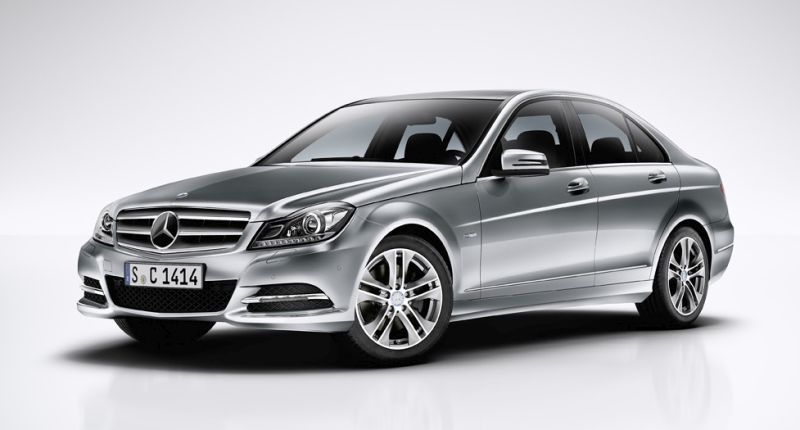 Seasoned readers will know what’s coming – yup, another confession. The first car I ever owned and the car I owned the longest, was a C-Class. When I despondently handed over the keys last year it had covered 233,000km and was still as tight as a drum.

My beloved 1996 C280 Auto Elegance had cost me a pretty penny to maintain but never gave me any nasty surprises. In fact, near a quarter million kilometers it felt like it had just been run in and had no intention of stopping, something the new owner also appreciated. Please look after her nicely, Greg.

Ed: Unfortunately, Greg gave the car to his wife and kids. When I last saw it, the poor thing looked like it had been through WWII…

Earlier this month, Mercedes-Benz launched an updated version of what they rightfully claim to be their most important product: the C-Class. The medium-sized four-door luxury sedan is one of the company’s (and country’s) best sellers.

As is usually the case with freshly updated vehicles, some people referred to it as “new” but don’t be fooled – this is not the new C-Class. It’s the current one with no less than 2,000 new parts and a few big innovations that will hopefully swell the sales and profit numbers.

The new C-Class is only due in 2014 so, as is also the way in today’s industry, the current model has been given a mid-life boost to catch up and possibly overtake competitors. Although still the market leader, Mercedes wasn’t about to ignore the car’s dwindling sales.

And now for a bit of history: the first generation C-Class (internally known as the W202) was launched in the early nineties and took the reins from Mercedes’ first small sedan, the 190E or “Baby Benz” (W201). In 2000, the W203 second-generation C-Class replaced its more conservative forefather.

2007 saw the current model (W204) take over and move the C-Class further forward in terms of driving dynamics. In my humble opinion, it did an impressive split between trusted Mercedes values and modern demands, and this facelift model simply adds a bit more tech.

Worldwide sales of the W204 top 1 million, South Africa accounting for about 63,000 of those. The local C-Class claimed its segment’s top spot in 2007; internationally in 2008. Over 300,000km of endurance and extreme climate testing in Namibia, California and Scandinavia ensure that it retains these accolades.

Mercedes execs were extremely proud to point out that all C-Classes since 2000 have been built in East London, even treating us to a small factory tour. October last year saw the 100,000th left-hand-drive C-Class exported to America, in a record shipment of over 3,200 vehicles.

The car’s look hasn’t changed much with the biggest transformations being new front headlight clusters, front bumper and rear LED clusters. Depending on model and options, an intelligent light system will add additional daytime driving lights at the front; in the shape of the letter C.

Inside you’ll discover a redesigned dashboard with a bigger and more integrated infotainment screen, and a fresh instrument cluster with colour screen. A few silver highlights and countless trim/leather combinations allow you to customise your new C-Class, yet again depending on model.

C180 and both C200’s are sold in Classic trim with a six-speed manual gearbox, all others are sold with Avantgarde or Elegance packages and the 7G-Tronic Plus automatic shifter. You may upgrade lesser models or choose from AMG to extra styling and driving / dynamic packages.

The C-Class is equipped with the Pre-Safe preventative safety system, most popular driver aids and top-class safety kit, yet you can go for up to nine extra assistance systems. Depending on the depth of your pocket, you can also kit out the interior with toys like internet access and hard drive.

A short test-drive around East London highlighted the fresher C-Class’ impressive new engine line-up and comfortable yet dynamic ride as we danced around a sea of potholes. The 250’s are probably most impressive with the huge numbers extracted from such relatively small power plants.

Performance is smooth, gear changes are silky, the ride is sure-footed and confidence inspiring; no matter which model you find yourself in. The top models spoil you with seemingly endless power reserves, auto this and electric that, but even the humble C180 and 200’s will make any new owner proud.

Mercedes has achieved exactly what they set out to do – update a winning product with small cosmetic tweaks and innovative technology. Prices start at N$359,000 for the C180 and end with both C350’s at N$520,000 including a full MobiloDrive 120 maintenance contract.