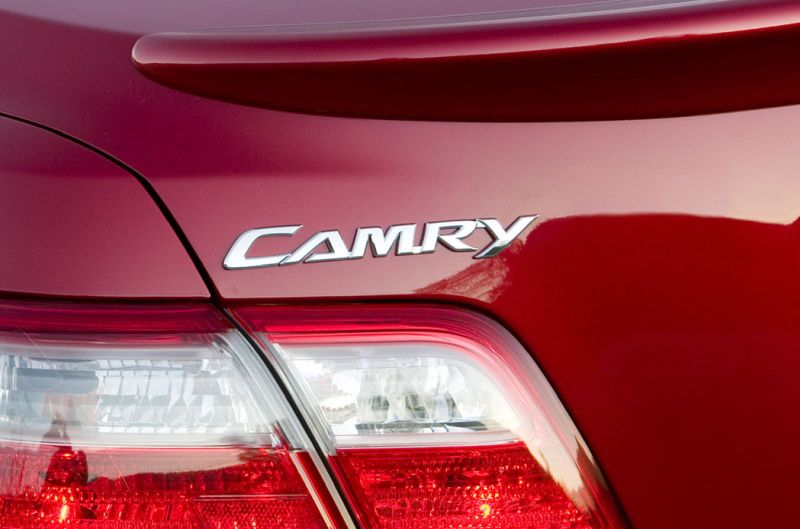 This is the advertisement that ran on South African national television, boasting the excellent fuel economy of the Toyota Camry 200i. Willie Nel managed the same feat as he drove from Windhoek (Namibia) to Cape Town (South Africa) on one tank.

“Windhoek to Cape Town on one tank.”

Travelling for 18 hours, the Camry consumed fuel at an average rate of 4.9 litres per 100km. This is largely due to the excellent drag coefficient. Its round curves, channel-less bodywork and long design helps to lower the wind resistance drastically. To date, many manufacturers still struggle to beat this.

Yet, the 1996 advert gave away more subtle hints as to why the Toyota Camry (specifically the XV10) would be such a success. What they created, was a masterpiece.

Whether you needed a soft-spoken v6 engine, the quiet 2 litre or 2.2 5S FE engine, the Toyota Camry catered for different price points and consumer needs. The 2.2 specifically catered for a “smooth” driving quality as the engine had two counter balancer shafts, which connected to the crankshaft. This was done to counter the natural imbalance and vibrations of the engine itself.

The 2 litre 3S-FE engine did not have these balancer shafts. South-Africa was also the only country to introduce the XV10 with the 2-litre engine.

Toyota South Africa also launched the XV10 with the 3VZ-FE v6 engine, which was later updated with the 1MZ-FE engine (without VVTi).

Everyone seemed to own a Camry at some stage or another. Even my parents purchased a white Camry 2.0 SEi (1997) during my primary school years. In fact, I have a friend who recently decided to purchase a 1993 Camry V6.

The defence for his purchase was simple. Part of this came from nostalgia as he fondly remembers his fathers’ 200Si. Simply stated, the reliability and drive quality of the XV10 also trumps that of the newer sedans on our roads.

Looking for a car with the same dimensions, engine choice (manual v6) and features, were difficult to find. Purchasing a 2008 or newer 2-litre Corolla (to tick the dimension box), would have resulted in a car with less power as well as more financial asking.

Ultimately, this might be the reason why many previous owners still struggle to sell their 1990’s XV10 models.

Why spend money on a 27-year old car?

The answer is simple. Not only was the Camry built for fuel efficiency; it also ticked all the other boxes. As a 10-year old, I fondly remember the comfort and luxurious amounts of space in the rear (a salute for those 1.9 metre test dummies, that were used to help with the interior design of the Camry). Things like movies, board games or story books weren’t needed to keep a youngster quiet as a comfortable and deep sleep would not be very far once the car hit the open road. It was/is also a well-known fact that the XV10 had excellent noise cancellation and minimal road noise.

The car was also built to last, with not much needed to keep its wheels on the road.

It might have been this participation in the South-African Touring Car Championship, which helped the 2 litre Camry to find its feet in the South African economy, rather than elsewhere in the world. Due to the regulations of the SATCAR series at that time, all the car were forced to use 2 litre engines.

The engine size, according to the regulations, should also then have been used in production cars on public roads.

The Corolla during that time was never designed for the use of a 2-litre engine. For this reason, the Camry XV10 came in as a valuable user.

The Camry therefore stood as the real “master of all”.

Sold together with the highly regarded Corolla, the XV10 soon became one of Toyota’s most important cars. Due to the Camry V30 already sold in Japan, the XV10 became known as the Scepter.

The entry-level XV10 saw a 2.0-litre engine, borrowed from the Celica. The 2.2-litre, 5S-FE  four produced 97kW and 197Nm, created for more comfort and fuel efficiency.

The 3.0 (3VZ-FE) v6 unit was, however, created to produce a bit more power as it kicked out 138kW and 255Nm. Later, the face-lifted 1MZ-FE XV10 would produce 140kW and 285Nm to match the ongoing power rivalry between manufacturers. Comparing this to the competition at that time, the V6 Camry had basically the same amount of power as the BMW 328i and Mercedes-Benz C280 (both with 142kW and 280Nm).

All three these models were also sold in southern African countries such as Namibia, Botswana and Zimbabwe and featured 5-speed manual and 4-speed automatic derivatives.

It was therefore much more car for the same amount of money.

The XV20 replaced the XV10 in the late 90’s (although the XV10 was still manufactured in Durban), and featured the same 2.2 litre and 1MZ-FE (without VVTi) found in the previous generation. Using the same 4- and 5 speed gearboxes, the same chassis as well as engines, the XV20 basically just featured a new body and styling.

This was the last model to be sold in South Africa. This was a complete re-design from the previous two models as it featured more computerized parts. South Africa saw the 2.4 2AZ-FE engine as well as the 1MZ0FE (with VVTi). The XV30 was never sold in South Africa with the 3.3 litre V6 (3MZ-FE). This engine was, however, sold in Canada and Europe.

The XV30’s engines, gearboxes and chassis was also used in the Sienna, Highlander and the RAV4. Therefore, 4-wheel drive became possible in all the XV30 platforms.

Sold as a 5-speed manual and 4-speed automatic, the new Camry range held its standard of comfort and fuel-efficiency.

After this, the Avensis was sold in South Africa for a brief moment, but did not reach the same amount of appeal as the Camry did in previous years. With more competition from the German manufacturers, the Avensis was thought to be a better competitor. Yet, by this time, the Toyota Fortuner made its way into the South-African market, outselling most new SUV’s.

South African’s have since moved away from the Camry brand as German sedans and SUV took over the market. SUV’s, bakkies and sportive sedans soon became a lifestyle choice for the baby boomer generation, with the younger generations following suit in seeing SUV’s as a ever-growing lifestyle choice. This did not only occur in South Africa as the latest global sale figures indicate a 36% market share for SUV’s.

While Toyota South Africa pulled the plug on the Camry early in the 2000’s, many still hinted that it might return at some stage. Yet, larger sedans no longer fit the demands of the current buyer, while the Lexus ES, IS and GS range (all Toyota products) sells as alternatives for Toyota’s Camry.

Do you think the Camry will still have a worthy space in the South African market today?