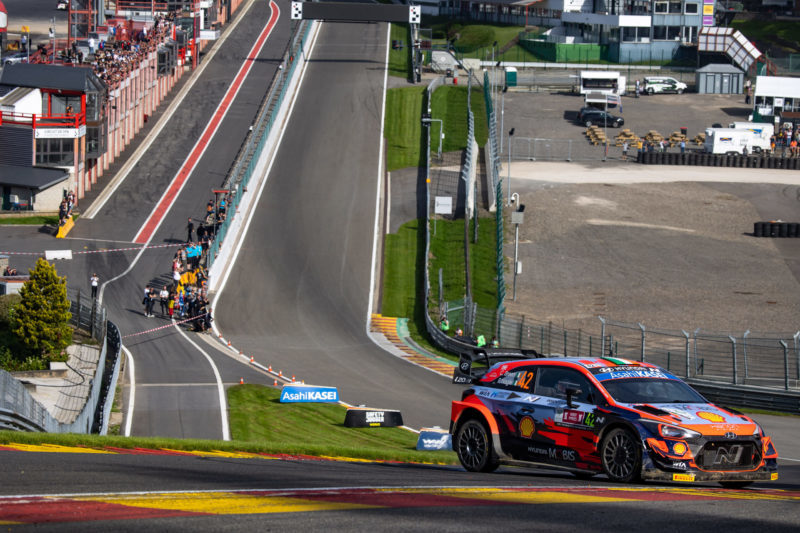 Heartache and frustration is probably the best way to define Neuville’s season thus far. The Belgian could have already won on three occasions this year, including in Kenya. A five-time, second-place championship finisher, Neuville is certainly not slow. This year could have been one of his most dominant years as the driver is showcasing immense grit and pace. However, bad mechanical luck has certainly ruled him out of the 2021 contention. Similarly, Hyundai only has one other win from Ott Tänak to boast about in 2021.

Neuville and Hyundai stormed into the Renties Ypres Belgium rally with clear ambition. With Neuville and Breen’s dominant form, Hyundai clearly laid down the gauntlet to showcase what they are truly capable of.

Virtually leading from the start, Neuville crossed the finish on Sunday with over 30 seconds in hand over Breen, while the latter fended of the winner from the previous round, Kalle Rovanperä, who in turn had a nail-bitingly close fight with his two Toyota teammates.

So dominant was Hyundai’s form that they won 15 of the 20 stages, while the 1-2 finish meant that they now sit 41 points behind Toyota in the constructor’s championship.

Ogier now sits a comfortable 38 points ahead of Evans and Neuville, who are joint in the second position. With four rounds remaining, Ogier is on the verge of claiming his 8th championship, while a chasing Hyundai squad, will now have renewed energy and ambition to make this very difficult for the Frenchman.